Fans filled the amphitheater and packed tight into the pit. Many wore the band's merch and held handwritten signs that read everything from personal thank yous to “I miss you ONE OK ROCK" (a nod to the song “Heartache"). Triumphant, bilingual singalongs ensued. The four-piece had definitely come a long way since their first Warped Tour in 2014.

“We had never done a US tour, so no one knew us at that time," says lead vocalist Taka Moriuchi. “Everybody was standing, just watching, not singing, just looking at me." 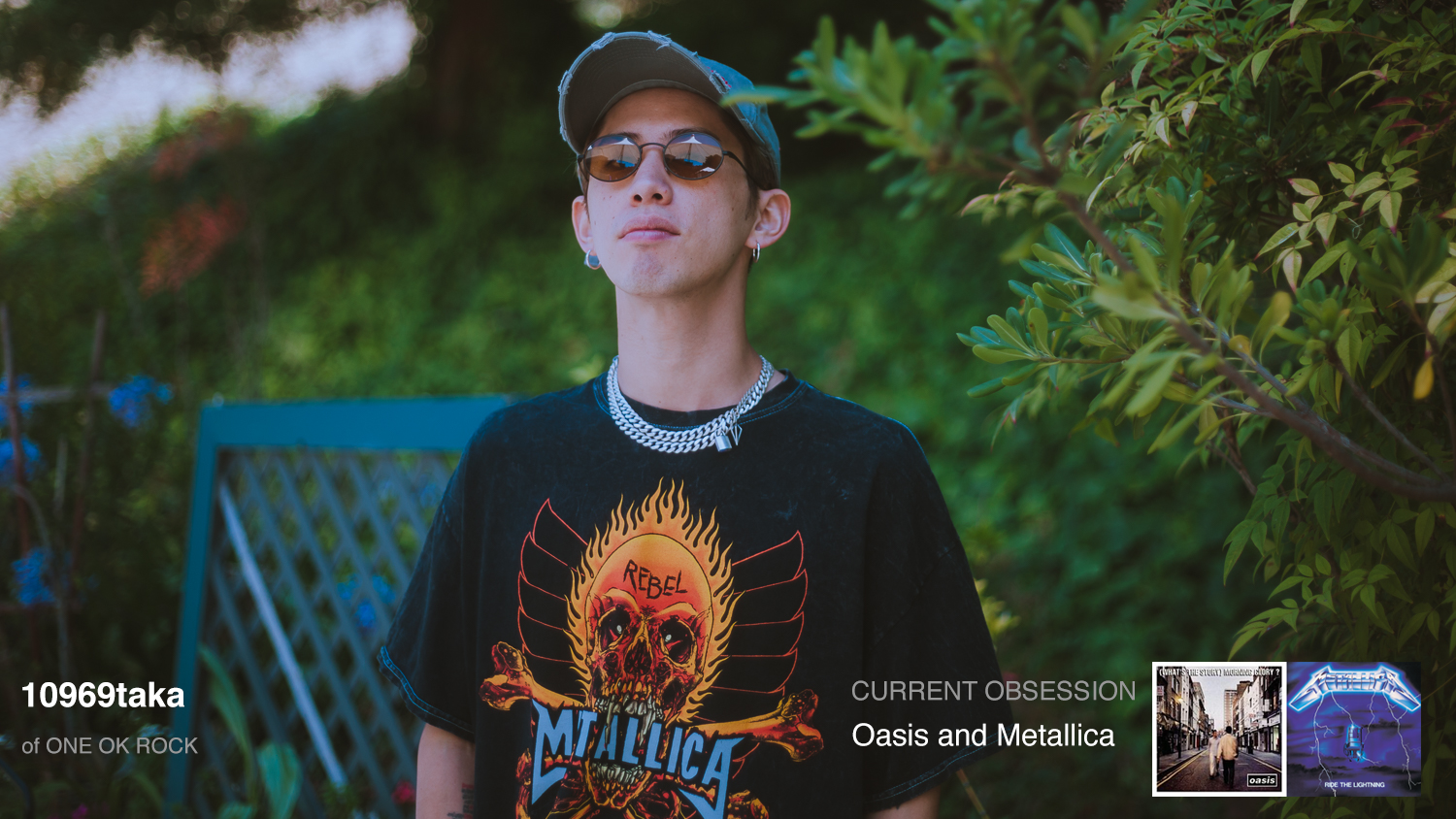 Now, ONE OK ROCK is taking the world by storm. Besides performing at the final Warped Tour, the band has played extensive dates across North America and Europe in support of their latest album, Eye Of The Storm. They also opened for Ed Sheeran on the Asian leg of his Divide Tour and recently announced their own headlining shows in the band's homeland of Japan. Things might be moving at a whirlwind pace for the quartet, but Taka says the view from the center has been on the calmer side. His tour routine these days involves cutting out eggs, dairy, and alcohol—due in part to food allergies, but overall to maintain a better lifestyle.

“When we first went on world tours, I would do a lot of new things, like get a tattoo in each country when we'd go there," he says. “Now, I'm trying to be healthier. I'm trying to fill my body with good stuff because I don't want to get sick and be sick on stage."

But much more goes into ONE OK ROCK's efforts to give a wholehearted performance. On the newest record, the band pushes past their alternative roots to present a sound that challenged themselves creatively. Elements of pop and electronic music come into play, with big drum fills and roaring choruses turning every song into an anthem on its own terms.

“I really like American pop songs," Taka says. “We listened to a lot of pop for the new album."

One of the many pop rock anthems includes “Stand Out Fit In," the second single from Eye Of The Storm. The song gives a voice to those who might feel like an outsider, as the music video reflects on the Asian American experience—something that resonates with Taka and his bandmates.

Recording Eye Of The Storm in the United States was a new experience in itself for the band. What Taka describes as typically a thorough process turned into one of lightning speed. Every day for five months, he would go into the studio with producers to experiment with different ideas and to write new material.

“We would make one song in just one day, completely finished," he says. “In five months, we already had a lot of different types of songs, like forty to fifty songs. We had a lot to choose from and this experience was a first for me, because normally we take more time to choose songs, but everything was done super quick."

Keeping the pace, Taka mentions he's already thinking about the next album. This time, he's digging into the archives for inspiration.