Outside Lands 2019 takes live music to a higher level

This year's Outside Lands elevated the live music experience in more ways than one. On a national scale, it made history as the first major festival in the United States to sell weed legally. But with its solid lineup, the three-day festival turned San Francisco's Golden Gate Park into an exhilarating escape fueled by sound.

Each artist hit a different sweet spot with their performance. Alt-rock duo Twenty One Pilots combined fire and fervor to give the Friday crowd a phenomenally energized set. Rapper Childish Gambino took fans “to church" and transformed Saturday night into a spiritual awakening. Folk legend Paul Simon brought together music fans of all generations as he closed the weekend with some classics.

While the headliners gave unforgettable finales, there was something special in store with every hour of the event. From remarkable performances to life-changing moments, check out this year's highlights below, plus a word with some of the artists who were there. 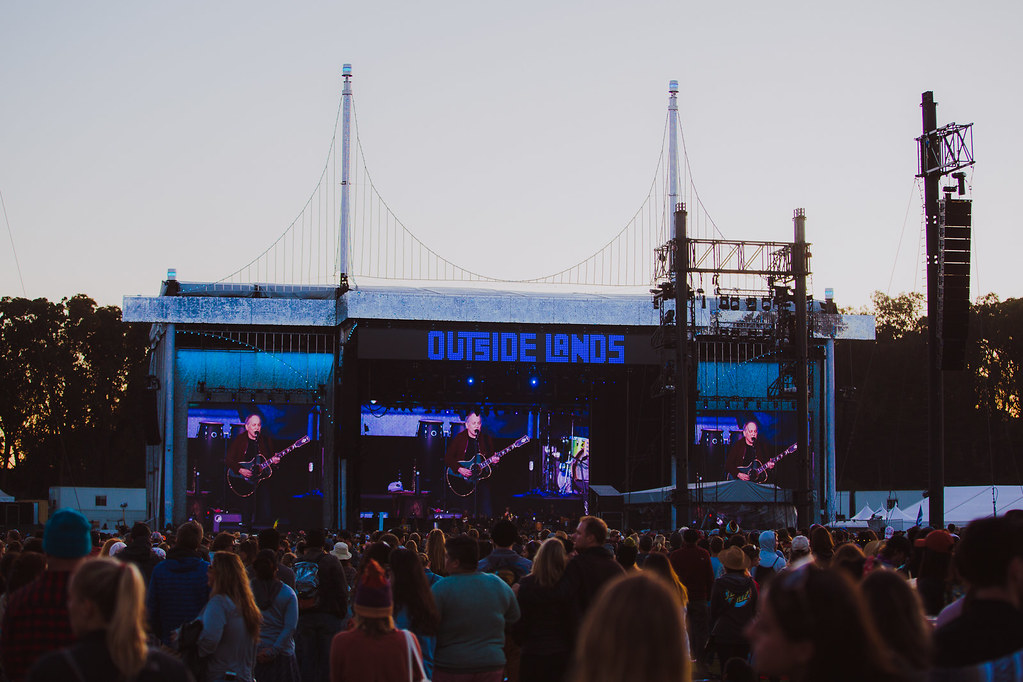 Paul Simon from the crowd's-eye view. On “The Boxer," Simon brought out the Grateful Dead's Bob Weir for a duet before ultimately ending solo with “American Tune" and “The Sound of Silence." 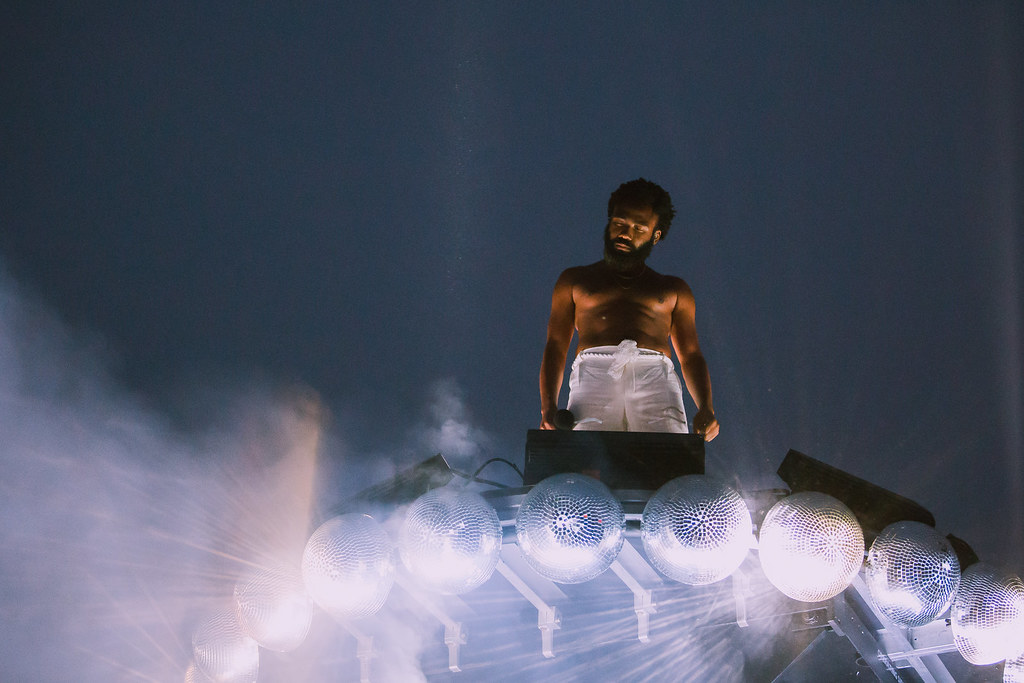 Emerging from the fog, Childish Gambino made a memorable entrance as a platform raised him from the middle of the crowd. The rapper mentioned it would be the “second to last show we will be doing," referring to himself and his crew of dancers. His set included fan favorites like “Feels Like Summer," “This Is America," and “Redbone." 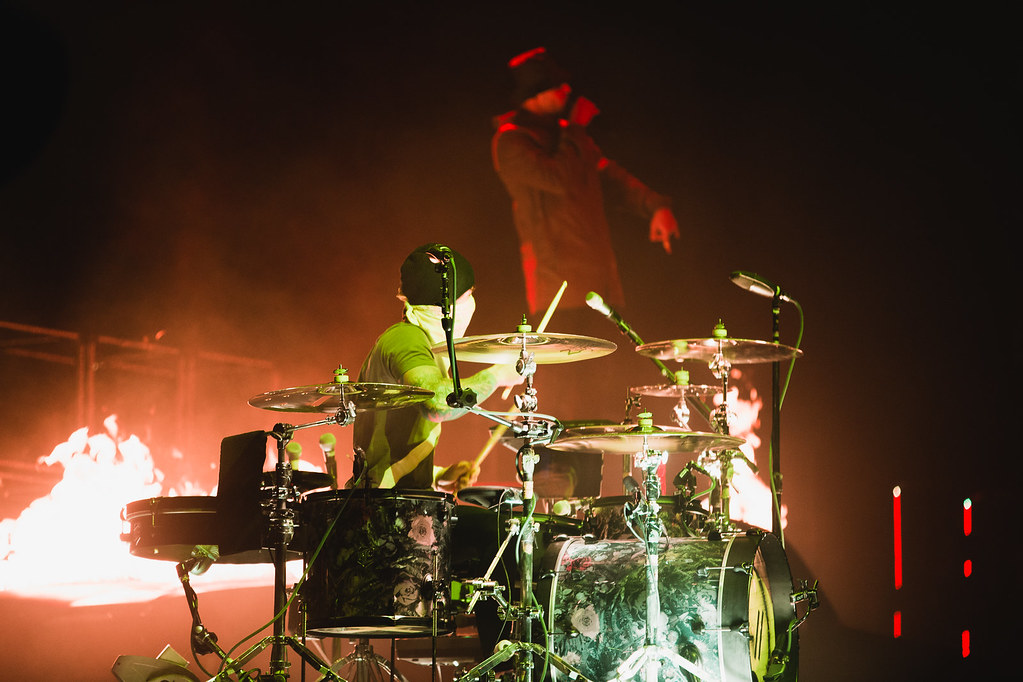 Opening with the pulsing bassline of “Jumpsuit," Twenty One Pilots kept fans on their toes through a set that played with fire and adrenaline. 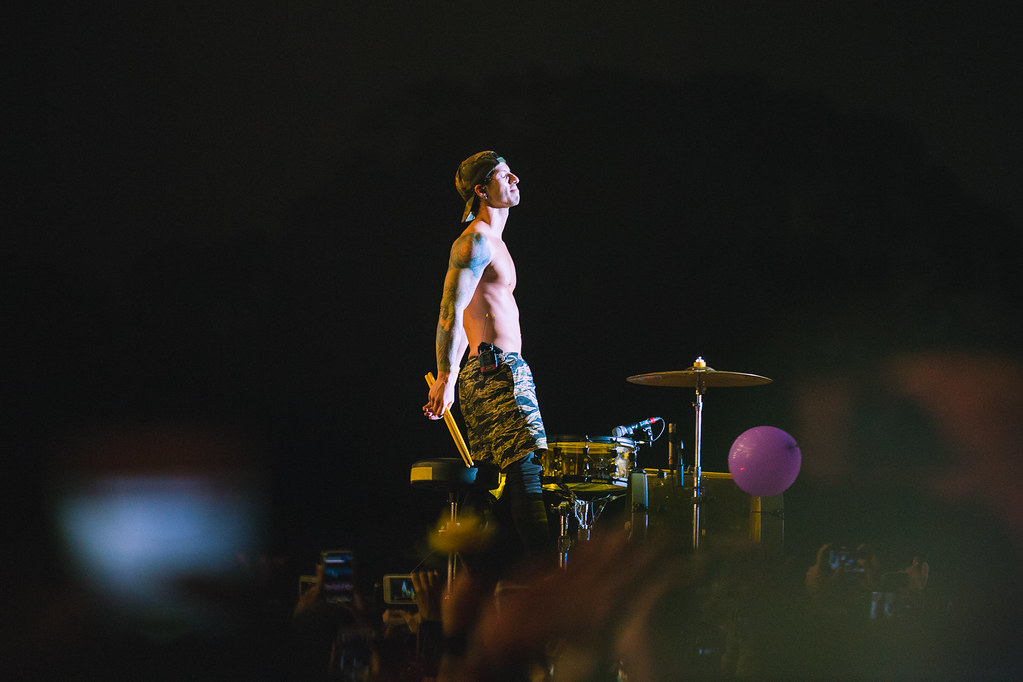 Twenty One Pilots drummer Josh Dun performed a solo as the crowd carried his drum set. 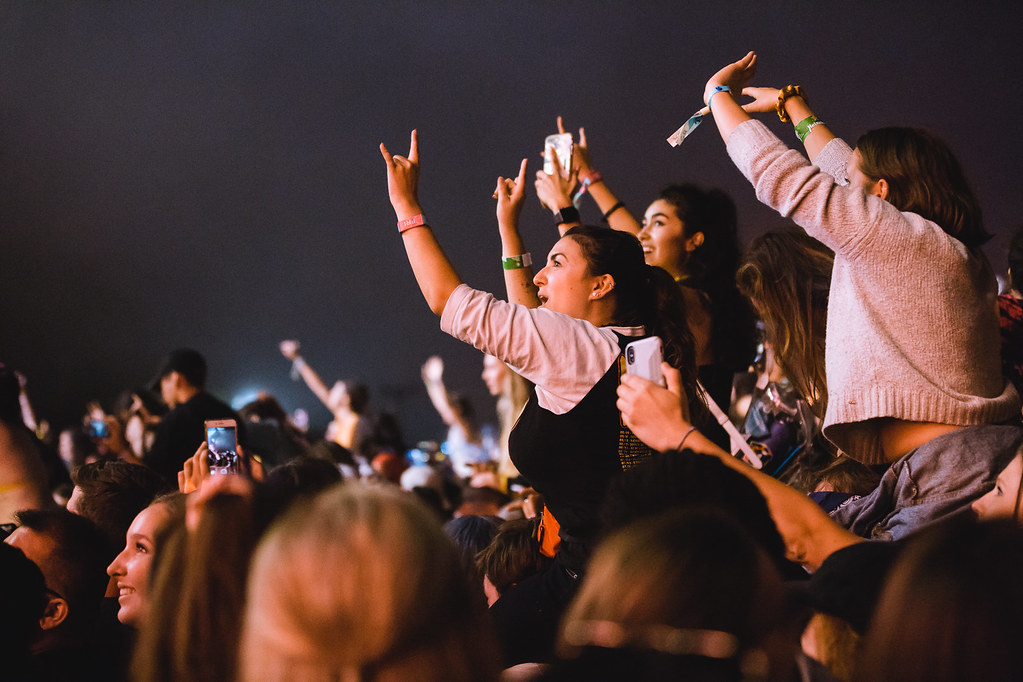 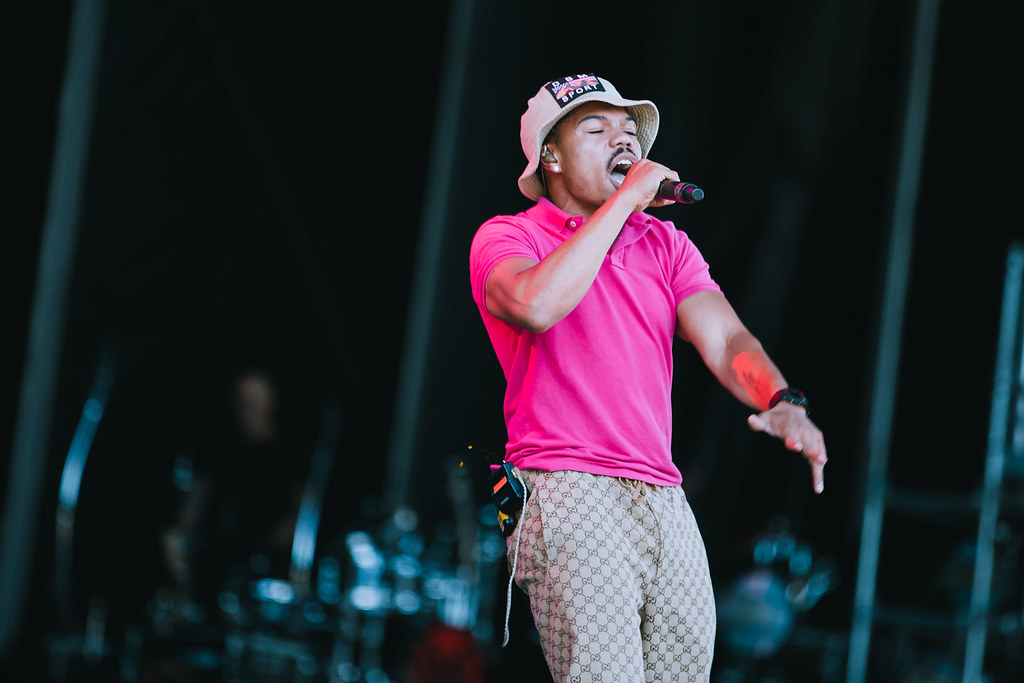 Kicking off Friday, Taylor Bennett delivered an upbeat set that featured some new tracks off his latest project, THE AMERICAN REJECT. 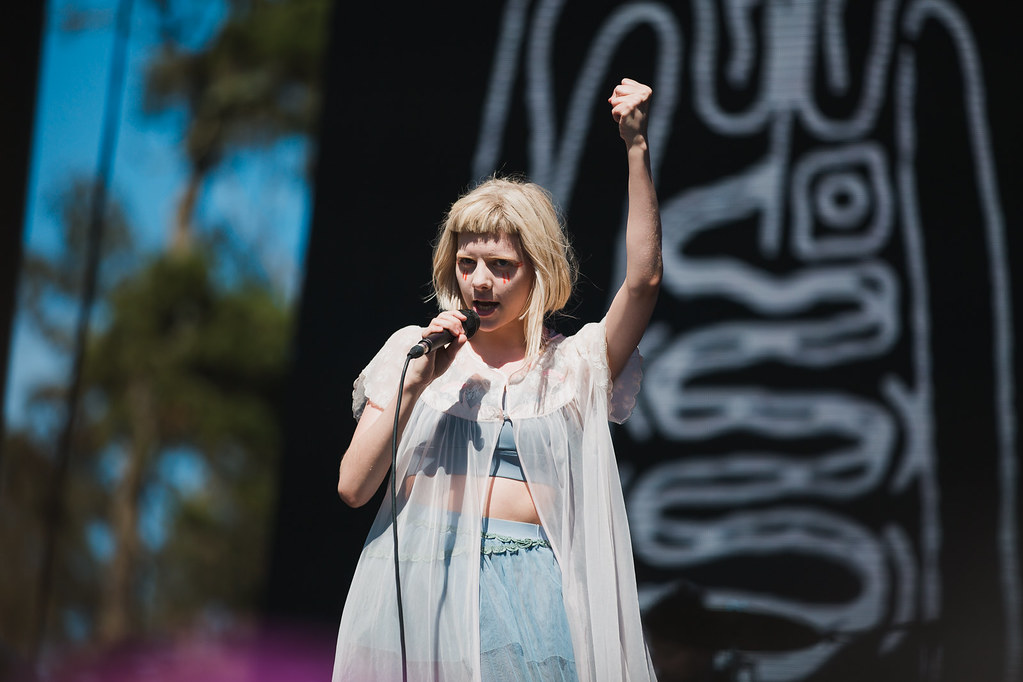 As fierce as she is fairylike, dark pop artist Aurora was a guiding light onstage as she moved with songs like “The River" and “The Seed" off this year's A Different Kind Of Human (Step II). 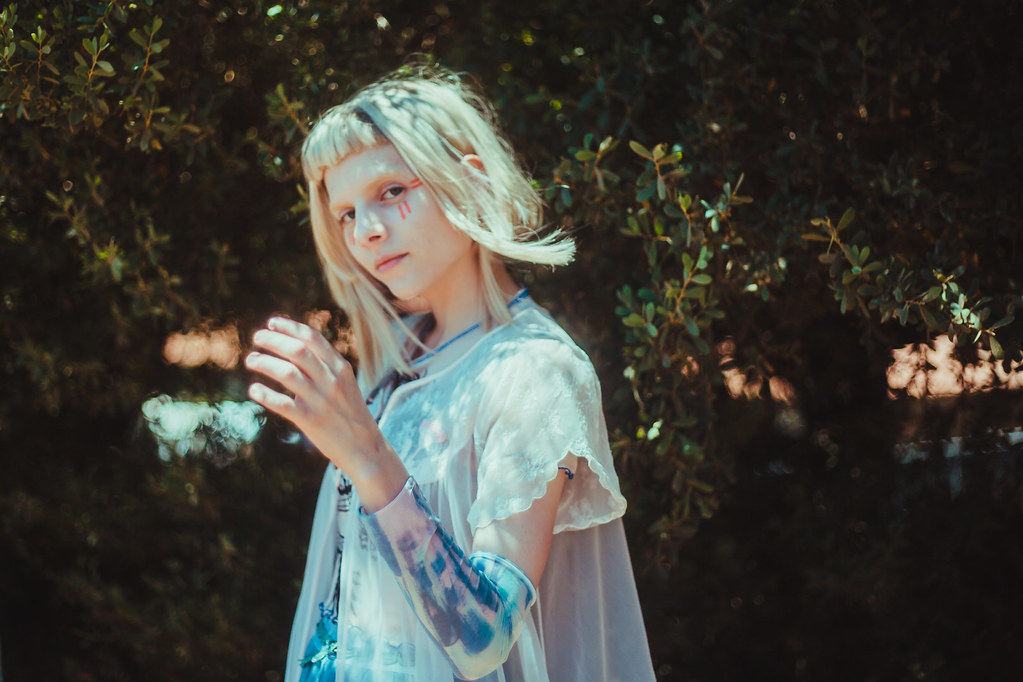 Last.fm Q&A: What does being “a different kind of human" mean to you?
Aurora: That's a very nice way of asking. You're kind of the first person who has asked that question the right way. What it means to be a different human—it has nothing to do with me so much, personally. It has to do with a belief that all people can be a different kind of human. It's kind of a choice I hope people will make. It's a choice I see many people already making to be the kind of human who fights for something bigger than yourself—to fight for peace for everyone else. I think people have so much potential to do really big things and it's amazing how often the most quiet people, the most unexpected people are the ones who really have so much to offer the world. How do you prepare to bring your music to life at your shows?
It's the opposite of looking at myself in the mirror. I think when you want to tell something in a true way, you have to find it within you first. It helps that I write all of my own songs, so I know where they come and where I was when I wrote them. I see the people in front of me and I enjoy the pureness of being in room with strangers that are tied together by this experience. A show is kind of a journey, and I see people go through their own journeys one-by-one.
What have you been listening to lately?
It's strange because I almost never listen to music. I find I stay creative almost all the time; I think about melodies, lyrics, emotions, and how to translate life into music all the time, so I can't really listen to music because it comes in the way. But when I'm in a really noisy place, like at the airport or in a plane, I like to listen to music. I like to listen to Enya and heavy metal bands like Gojira. I like those extremes. I love The Chemical Brothers, music you can go rave dancing to. Oh, and my friend Iris, who has a new EP out called a sensitive being. It's very raw, like out of a diary. 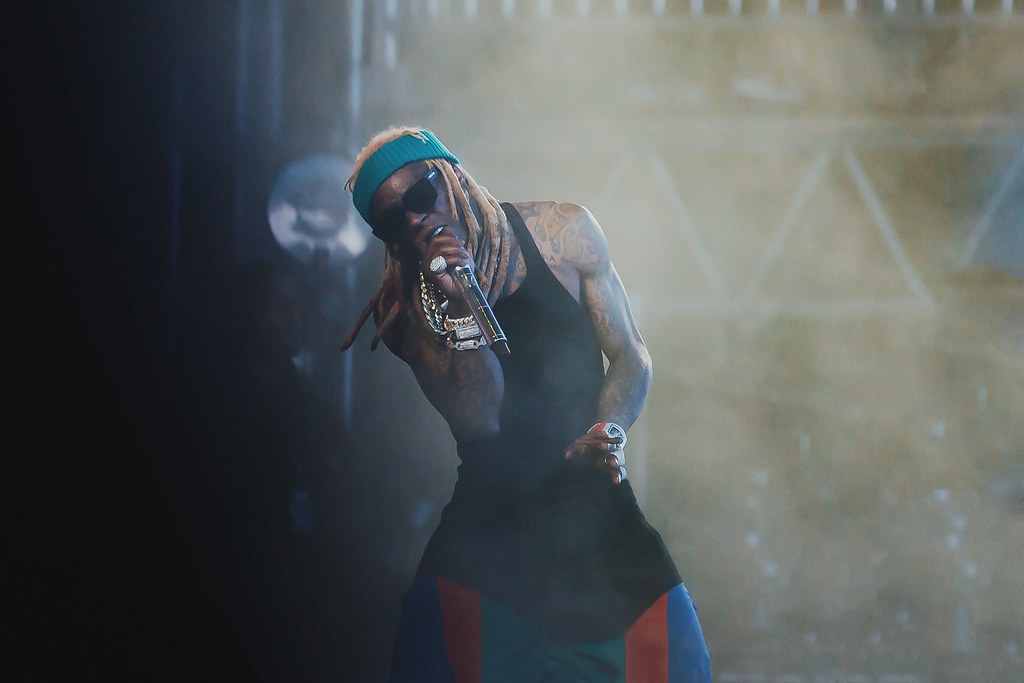 With spliff in hand, Lil Wayne was all smiles as he brought out hits like “Lollipop" and “A Milli." 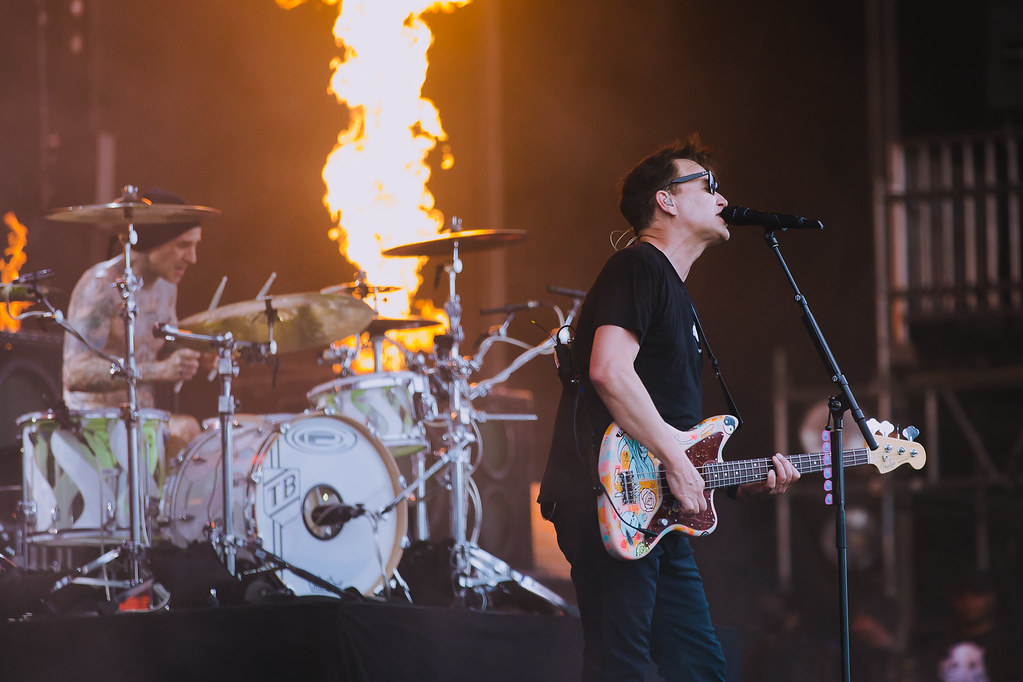 Pop punk veterans Blink-182 launched straight into iconic angst anthems, opening their set with “Feeling This" and “The Rock Show." 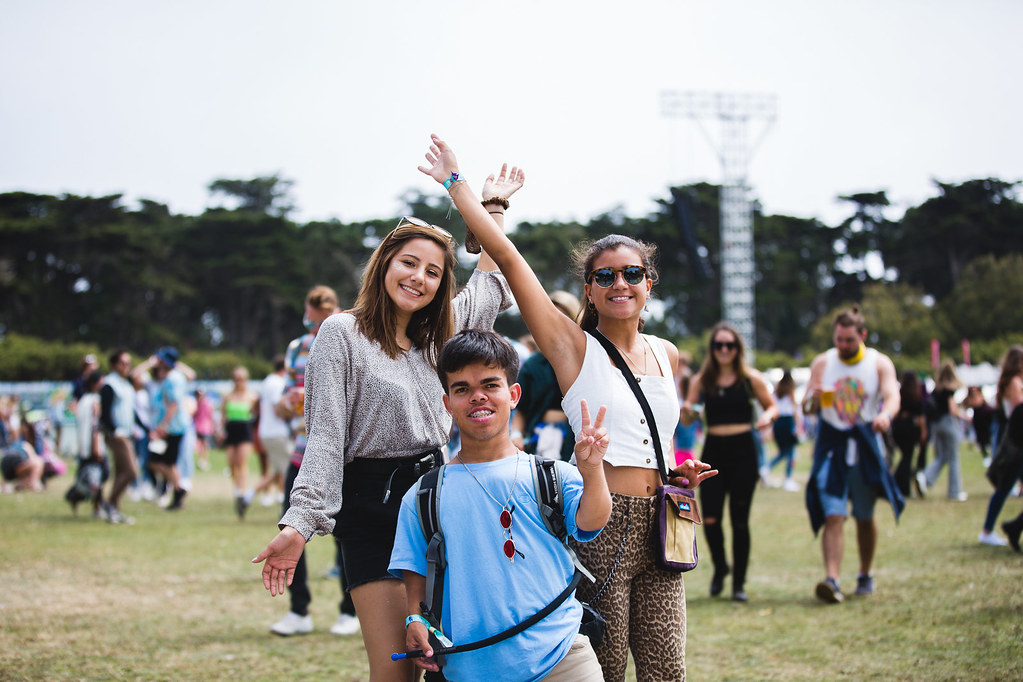 Though she wasn't performing at the fest this year, Maia aka mxmtoon still had a couple of things to celebrate. This year's Outside Lands marked the first music festival the uke-playing singer-songwriter has ever attended and her first full-length album, The Masquerade, officially comes out 17 September.

Last.fm Q&A: What are you looking forward to about being at Outside Lands?
Maia: This is my first music festival ever! I've never actually gone to a festival before, despite being a musician. I'm just excited to see what the whole thing's about and to be able to hop stage-to-stage to see different artists, especially ones I might not listen to day-to-day. A couple weeks ago, my friend actually sent me your song “Seasonal Depression" because we both related to it. I think it's really cool that your music is so introspective, but at the same time connects with so many people. At what point did you start expressing yourself through songwriting?
I think the first song I ever wrote was when I was 13, but I posted my first original song on Soundcloud in early 2017. It was called “1-800-Date-Me" and it was a comedy song about how I'm so lonely and single. It was really fun for me to write. But I posted a demo like three months later that was about my experience with depression and friendships. I didn't expect it to go anywhere. It was a total test run to see what my 200 Soundcloud followers thought about it, but then it blew up a little bit and I was like, “Oh OK, maybe it's not a total waste of time for me to write songs that are emotionally honest." From there, I've just decided to be as candid as possible about my experience. Even if it resonates with one person, that's enough for me to feel like it's a good piece of artwork and that it exists in the world for somebody. I've just carried that through everything I've done so far.
How has preparing for you new album gone?
It's my first time working with a producer for a whole entire piece of work so I was in Brooklyn for three weeks with him sitting in a studio and figuring it out. It's completely done and we're releasing singles right now. The latest one is called “Blame Game" and it's been really cool to see people's reactions to it.
What have you been listening to lately?
I've been listening to a lot of R&B-inspired stuff, let me pull out my playlist really fast… I've been listening to Steve Lacey, Bruno Major, and Daniel Caesar. Actually, I've been listening to a lot of Clairo too lately. Her new project that came out lately is amazing. 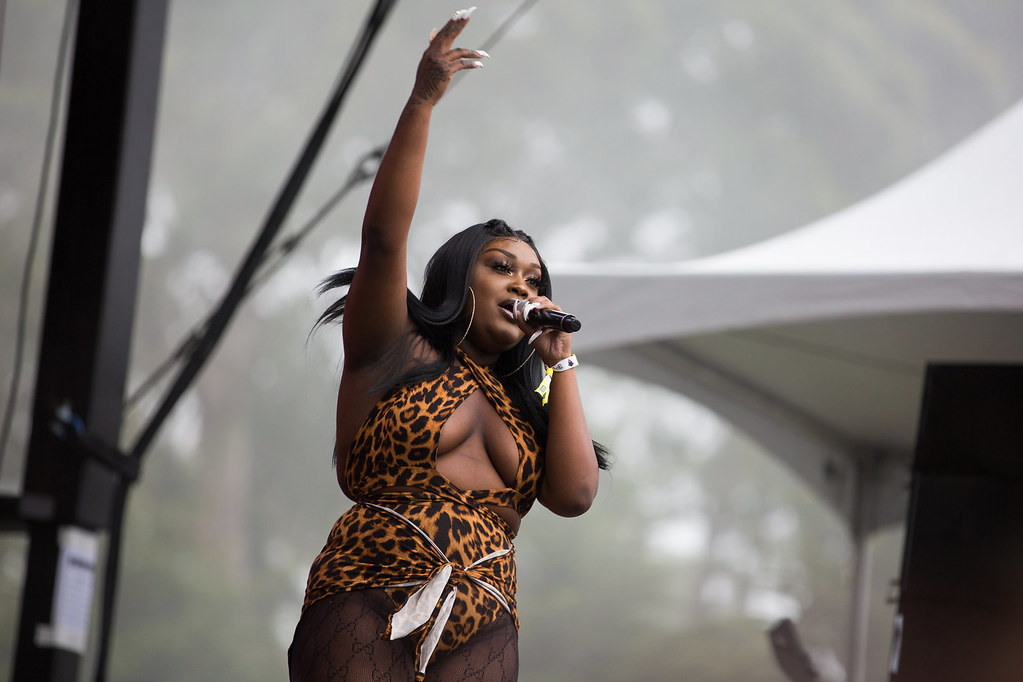 Rapper cupcakKe performed what she dubbed as Outside Lands's “most sexual set" of the day, breaking into fan favorites “Squidward Nose" and “Duck Duck Goose." 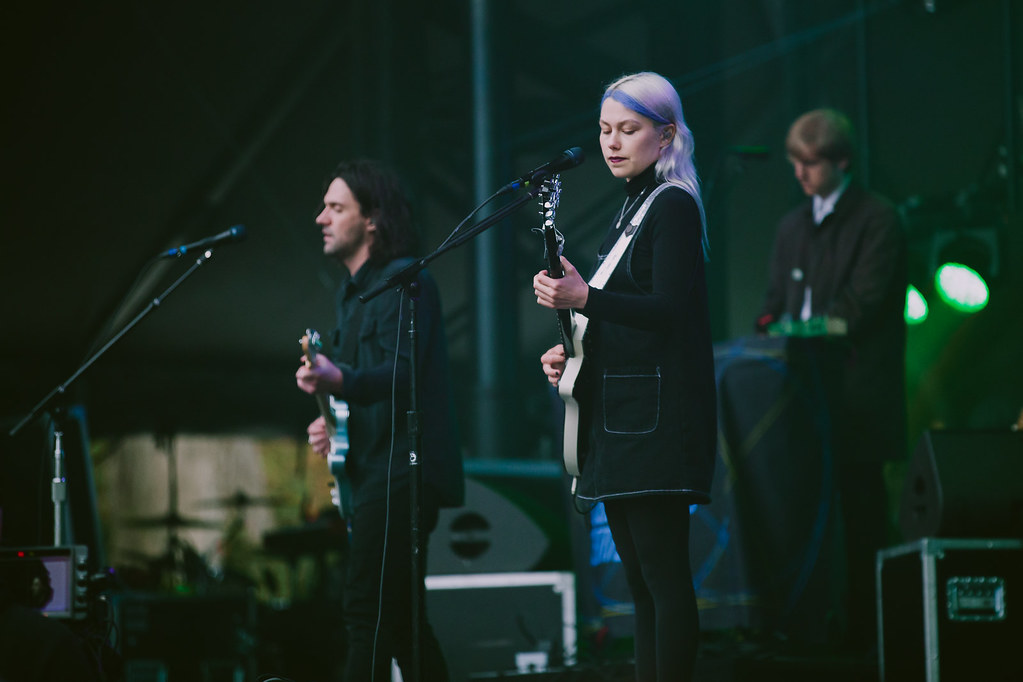 Compelling artists on their own, Conor Oberst and Phoebe Bridgers joined forces as Better Oblivion Community Center. Their performance at the Sutro Stage featured emotional acoustic cuts like “Chesapeake," as well as hearty covers of The Magnetic Fields's “All The Umbrellas In London" and “Shadow" from A Star Is Born. 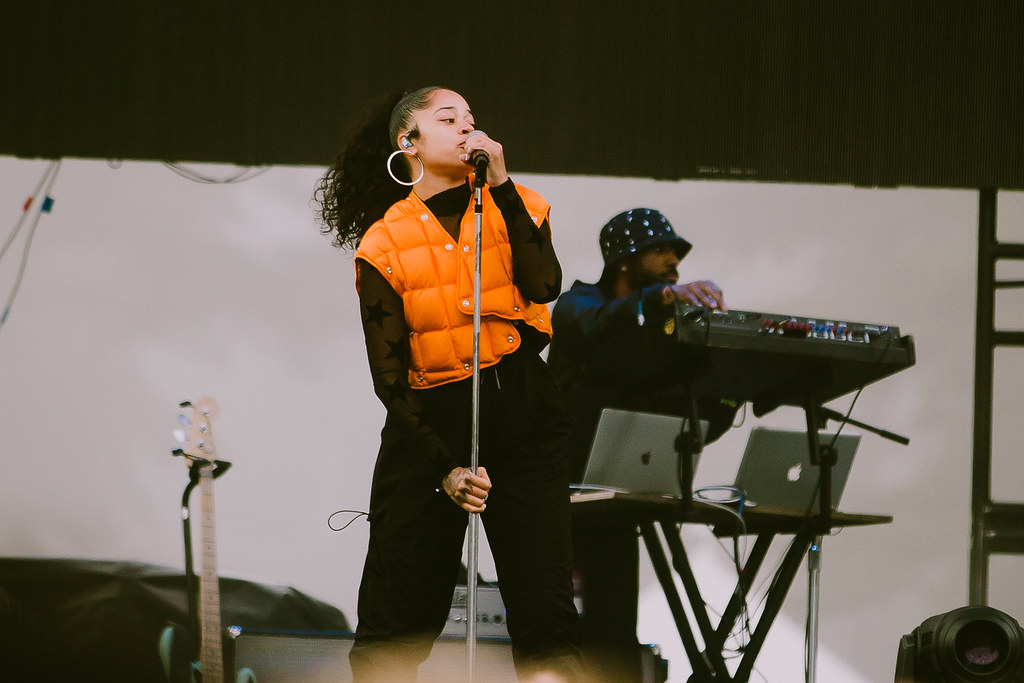 Ella Mai brought her silky vocals and feel-good R&B to the Twin Peaks stage, performing songs like “Dangerous" and “Boo'd Up." 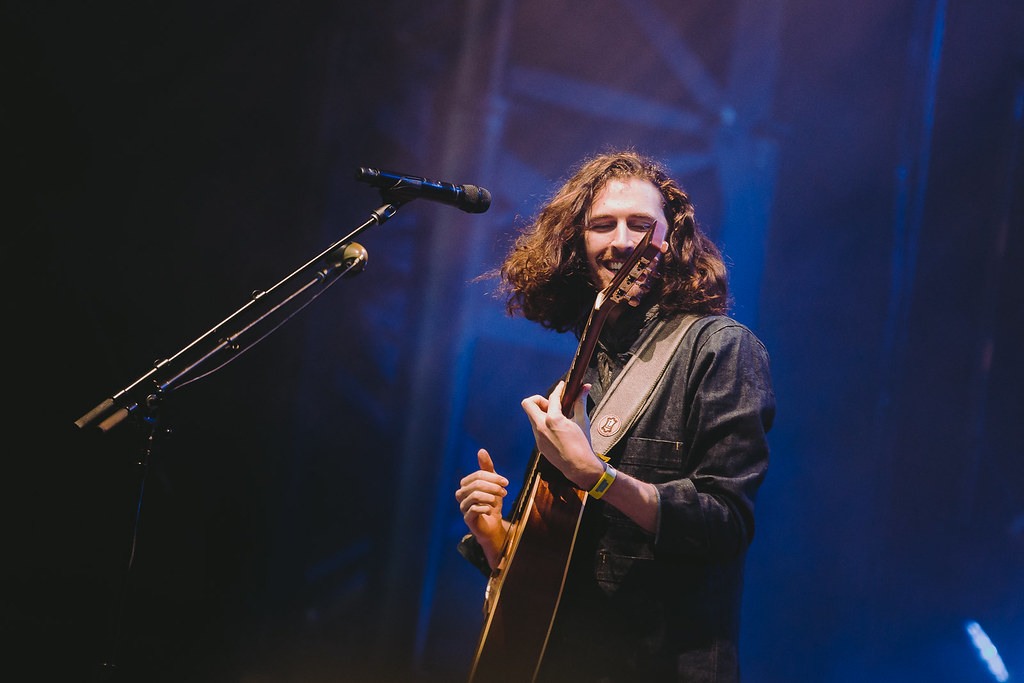 Hozier gave indie rock a godly touch with songs like “Movement" and “Take Me To Church." The Irish singer-songwriter's rich and resonant vocals combined with a lush full band sound added to Saturday's list of spiritual experiences. 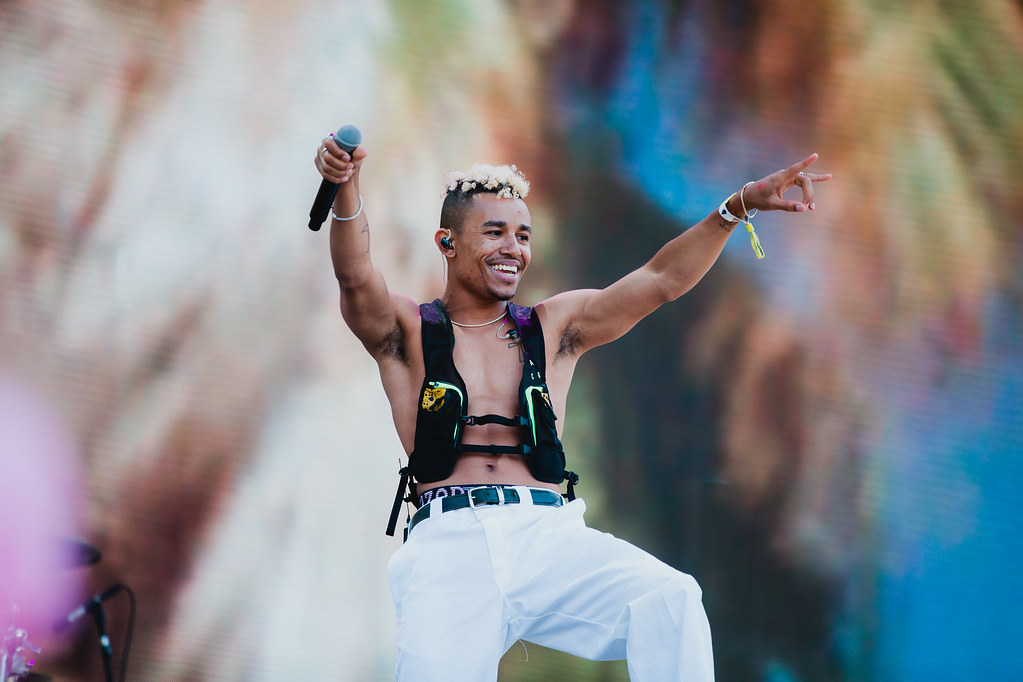 R&B singer Leven Kali challenged lazy Sundays by opening day three with a groove-inducing set that featured cuts like “Nunwrong" and “Do U Wrong." 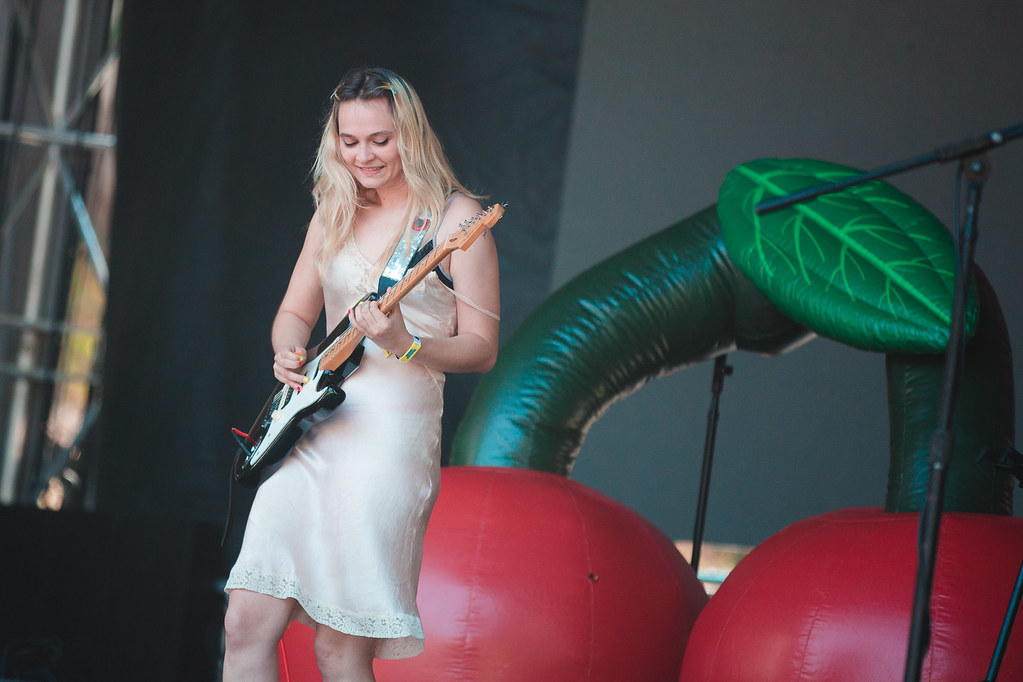 Cherry Glazerr turned up the voltage early in the day over at the Sutro stage, cranking out sludgy tracks off 2019's Stuffed & Ready. Rapper Denzel Curry was a striking force that took the Twin Peaks stage by storm. His fierce cadence on tracks like “ZUU" and “RICKY" instantly got the crowd in the zone. 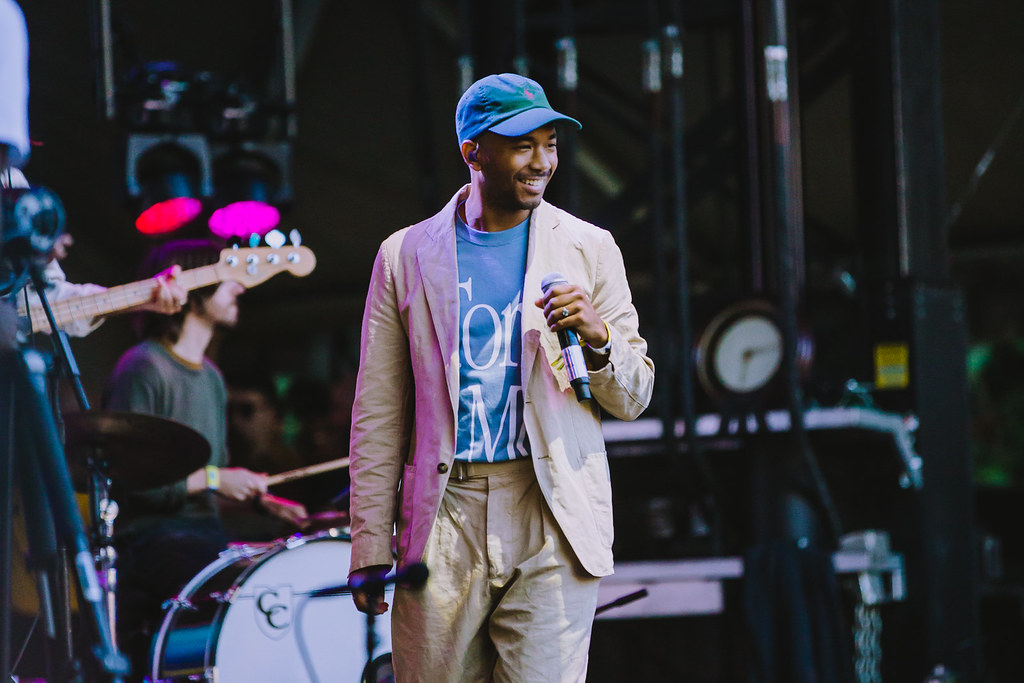 Toro Y Moi represented the Bay Area on Sunday and delivered a deliciously infectious set that opened with fan favorite “Rose Quartz." Led by frontman Chaz Bear, Toro Y Moi's knack for colorfully hypnotic sounds transcended from the melodies of “Who I Am" and “Say That" into Bear's onstage moves. 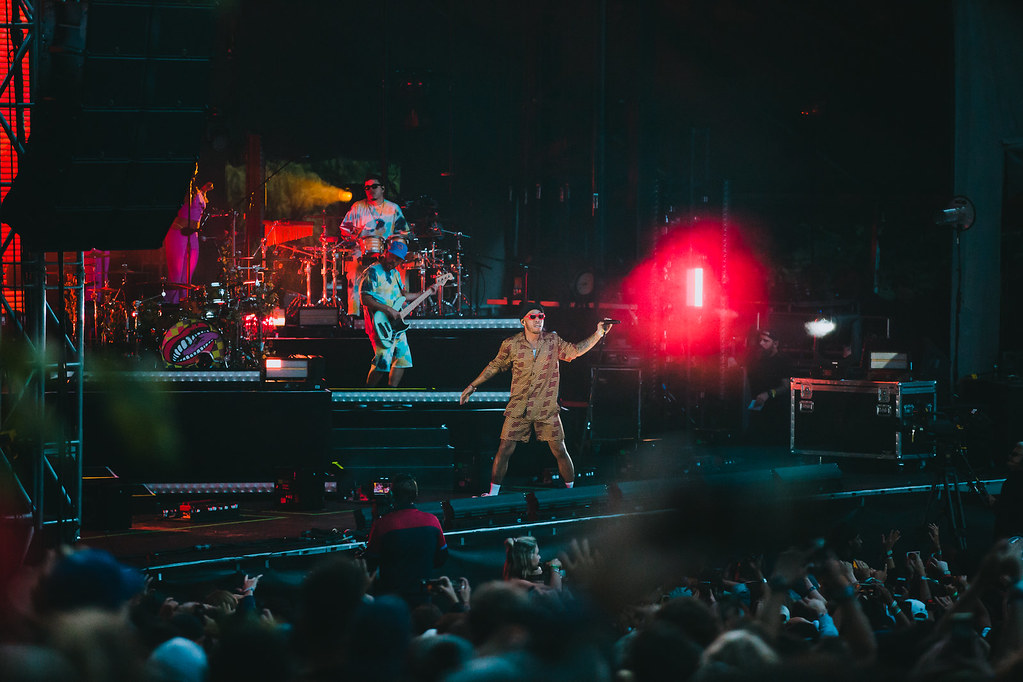 Anderson .Paak provided one of the final sets of day three, but in no way did the last stretch cause any hindrance. Fans packed tightly into the Sutro stage area—reaching beyond maximum capacity going by traditional venue standards. .Paak then launched into one of the most high-spirited performances of the weekend, beaming as he broke into songs “Heart Don't Stand A Chance" and “Saviers Road." 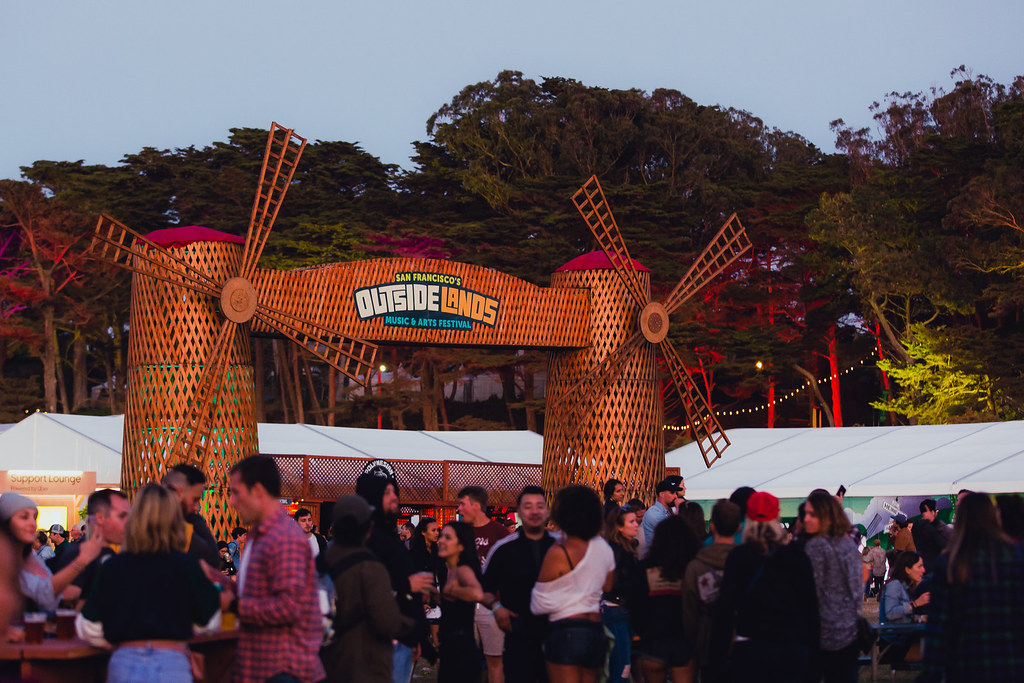 Scrobble songs from Outside Lands artists below: