With a cigarette in hand, Post Malone looked out to a sold-out Oakland Arena. He was gearing up to perform “White Iverson," but first took a moment to talk about how the song changed his life.

What was originally an unsuspecting SoundCloud upload launched Post Malone into the spotlight in 2015. The single's dismal tones and offhand delivery gave him an understated glamor, as high living fantasies via NBA references called for something bigger. These days, the song is more or less a reflection of the 24-year-old rapper's career.

To put things into perspective, Post Malone constantly tops the Billboard Artist 100 chart. He's among the top ten artists trending globally on Last.fm. His latest track, “Circles," has been played 34 thousand times this week alone. And daily, he racks up at least 25 thousand scrobbles or more. 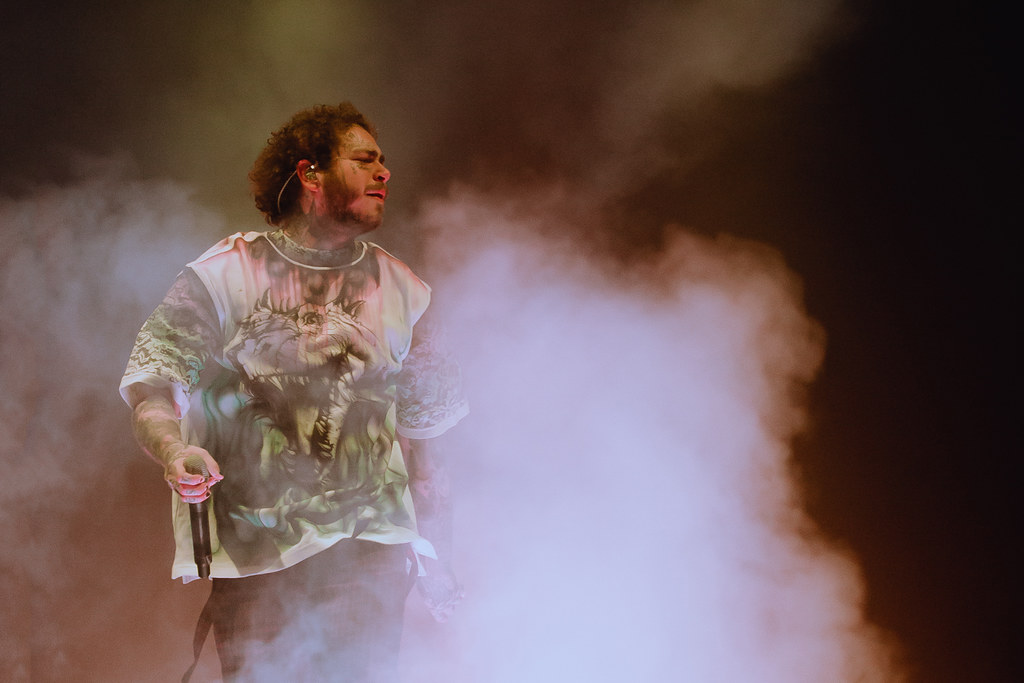 On the Runaway Tour, Post Malone put on a performance as astronomical as his stardom. Sparks, smoke, explosions, and laser beams heightened the rapper's sound from the very first song. As the opening melody of “Hollywood's Bleeding" twisted into a propulsive beat, blasts of pyro made each transition larger than life.

But Post Malone was a powerhouse on his own. With the stage set up like a runway, the rapper strutted, leapt, crawled, and crouched across every inch of floor space. He sang every note with a fervor that made his emotions feel fresh. There were no complications when hip-hop and pop hooks met alt-rock riffs because he moved through everything naturally. From the throngs of screaming fans, it seemed that his ferocity got through to everyone.

The first part of his set revolved highly around 2019's Hollywood's Bleeding.

“A lot of my songs are about heartbreak and feeling like shit, but this next song I wanted to make as a celebration of life," he said as he introduced “Saint-Tropez." “Live in the fucking moment to the fullest because you never know if it's going to be your last."

And while tales of living a fast life and shrugging off haters hyped up the crowd without fail, a moving performance of “I Fall Apart" and an acoustic rendition of “Stay" punctuated Post Malone's distinct flair. But the most endearing moments arguably came through between songs. 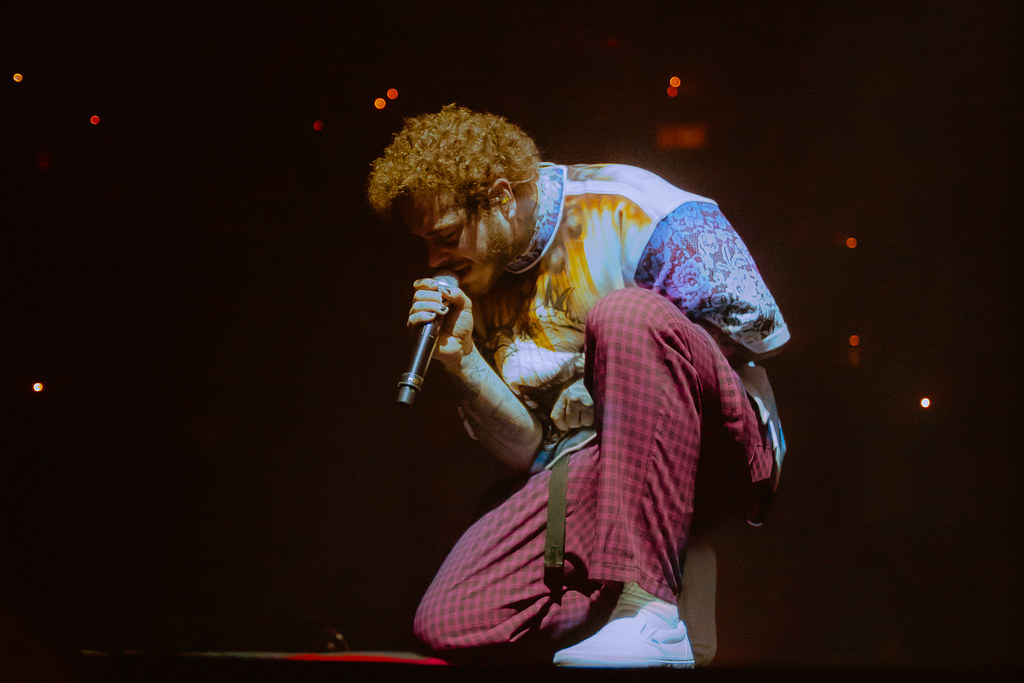 Post Malone frequently showed gratitude toward his roots, his fans, and his friends. He'd often chuckle and speak lightheartedly, even when recalling hardships. His tour mate, Swae Lee, who returned onstage for their song, “Sunflower," said it best: “Make some noise for America's sweetheart!"

And with that, many roared their admiration and support for “Posty"—a nickname fans affectionately call him.

Naturally, the rest of the evening unfolded with Post Malone's biggest hits. On “Rockstar," the rapper lived up to the title and smashed his acoustic guitar to pieces. And before closing with “Congratulations," he gave fans a heartwarming sendout on living their best lives:

“I guess this is my way of telling anybody in here who might not believe in themselves, or think that they're not good enough, to live their fucking dreams and do whatever the fuck they want to do and don't let anyone stop them!" 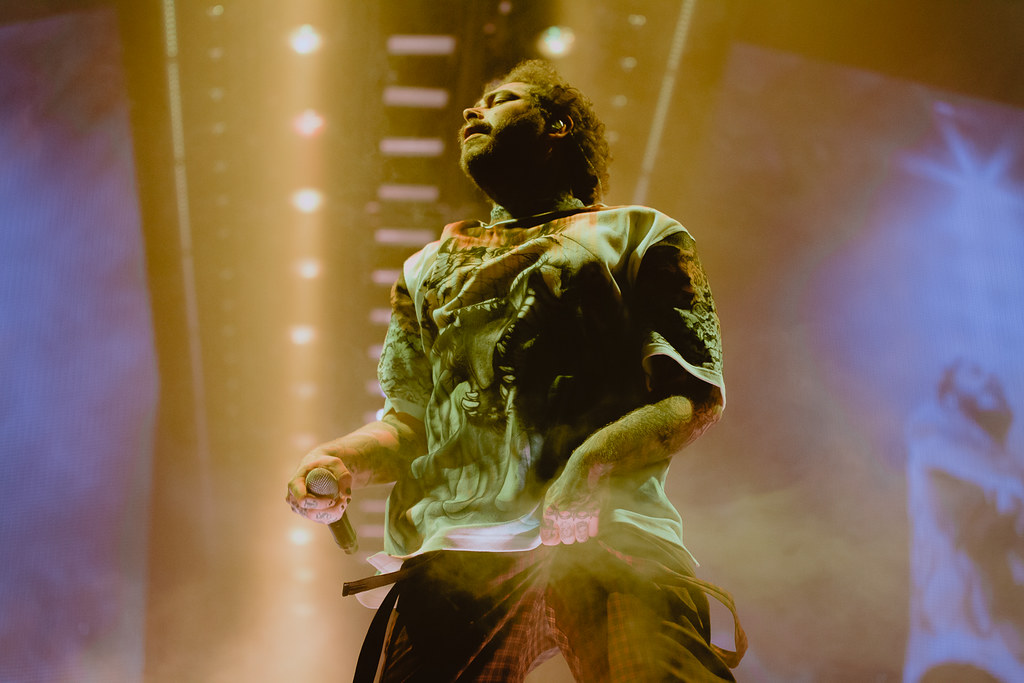 Post Malone was joined by Swae Lee and Tyla Yaweh. Each artist had a searing energy defined by their own approach to hip hop. When Swae Lee took the stage, his work with Rae Sremmurd, his collaborations, and his solo material put forward his diverse taste for production. “Hopeless Romantic" and “Sativa" had an easygoing flow, while “No Type" and “Black Beatles" kicked things up a notch. Tyla Yaweh had a vibrant energy on stage, doing twirls on twirls as he delivered frenetic cuts like “Novacane" and “I Think I Luv Her." 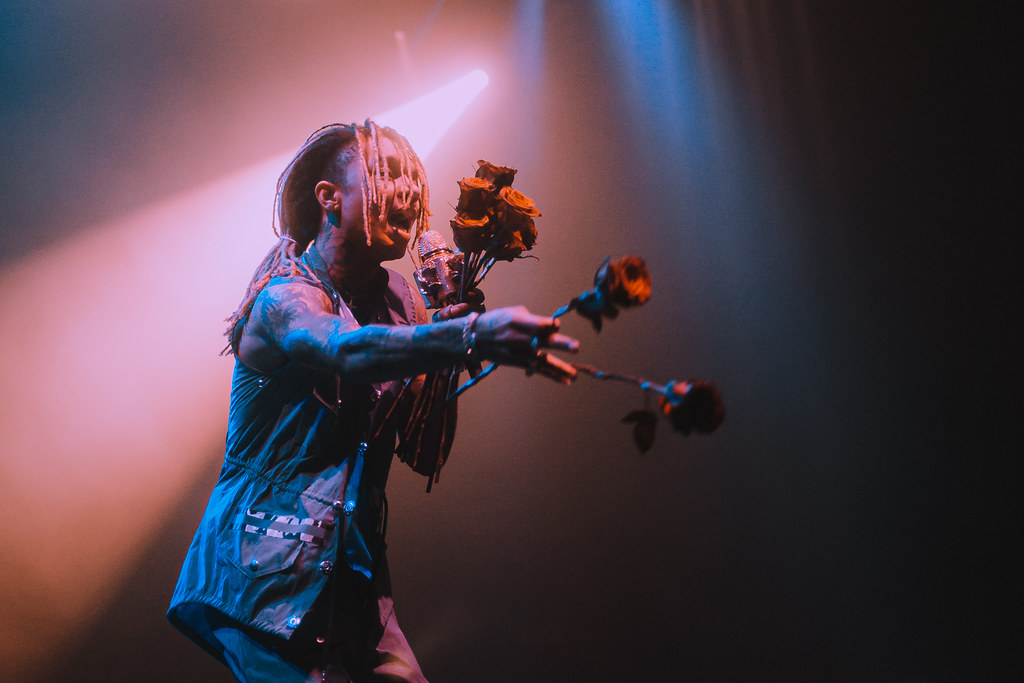 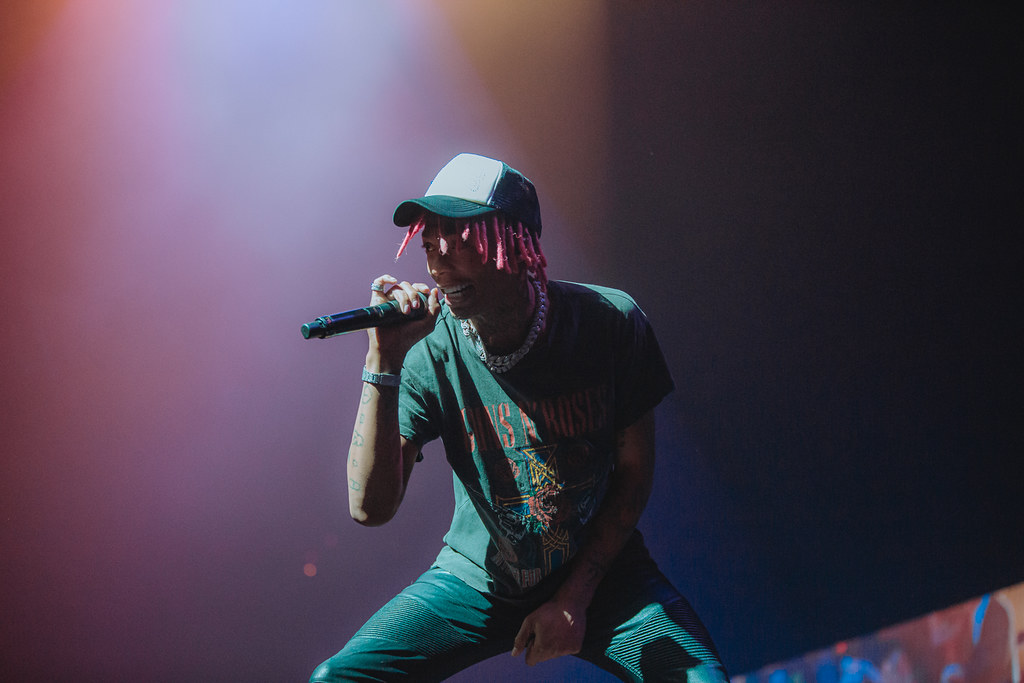 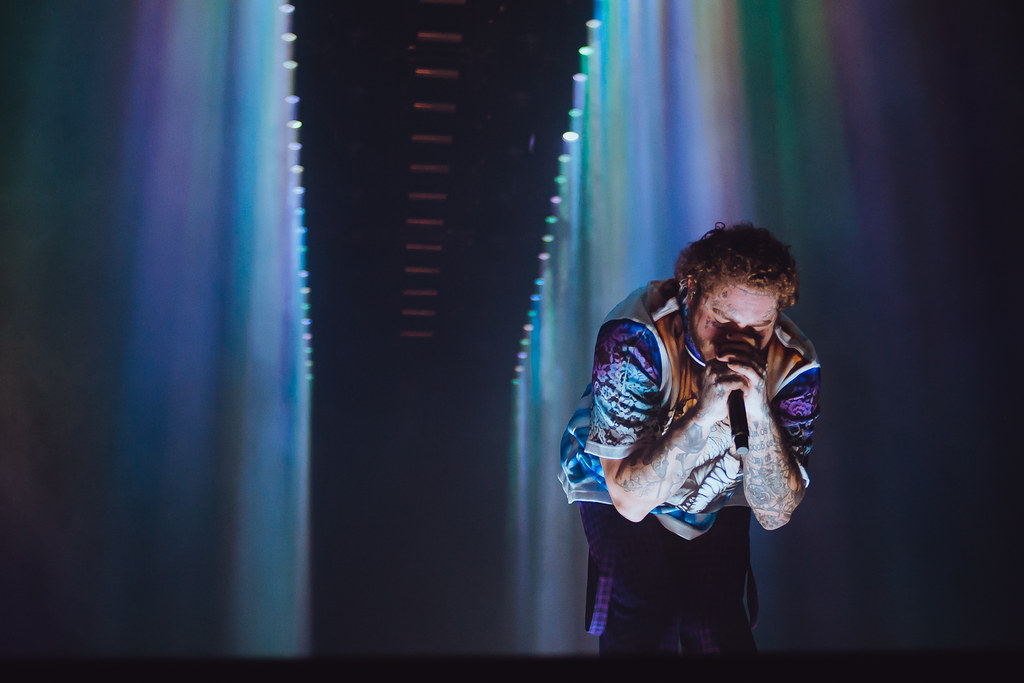 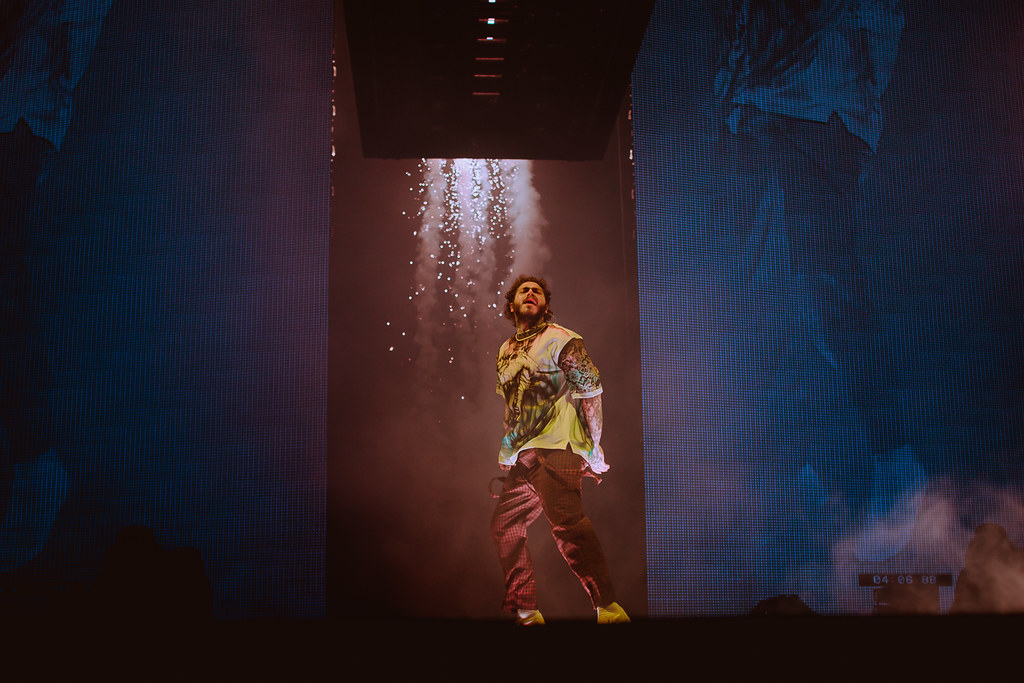 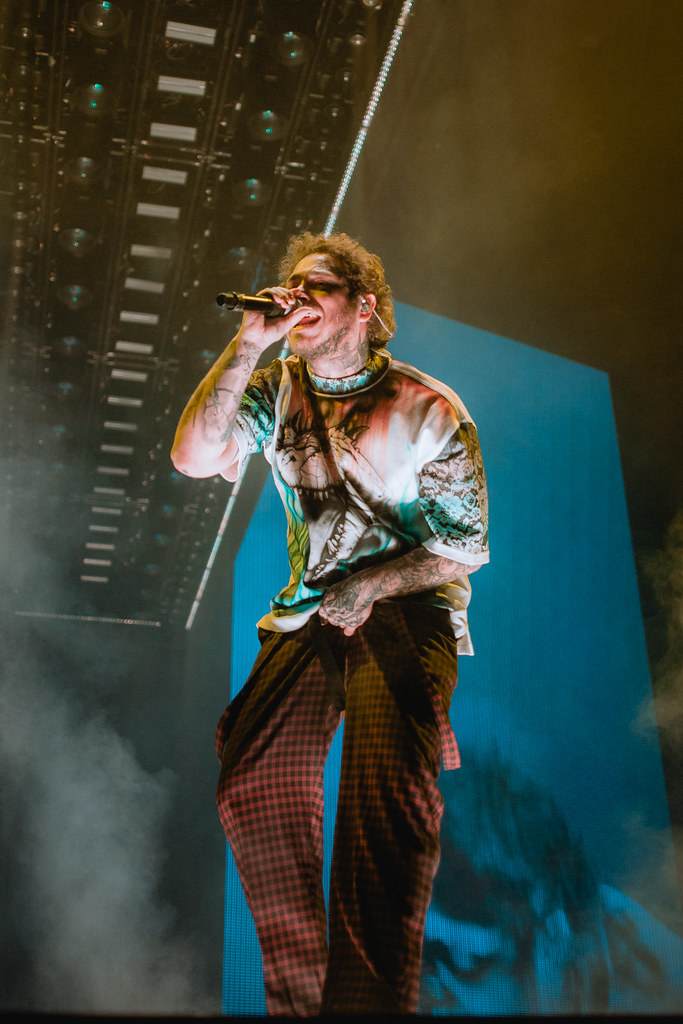 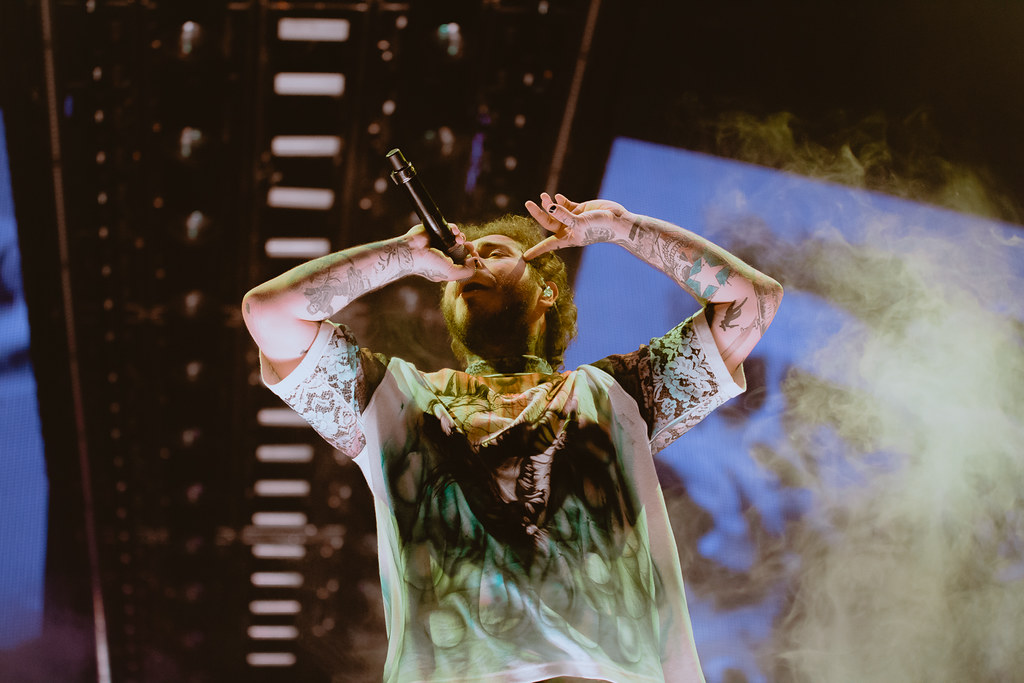 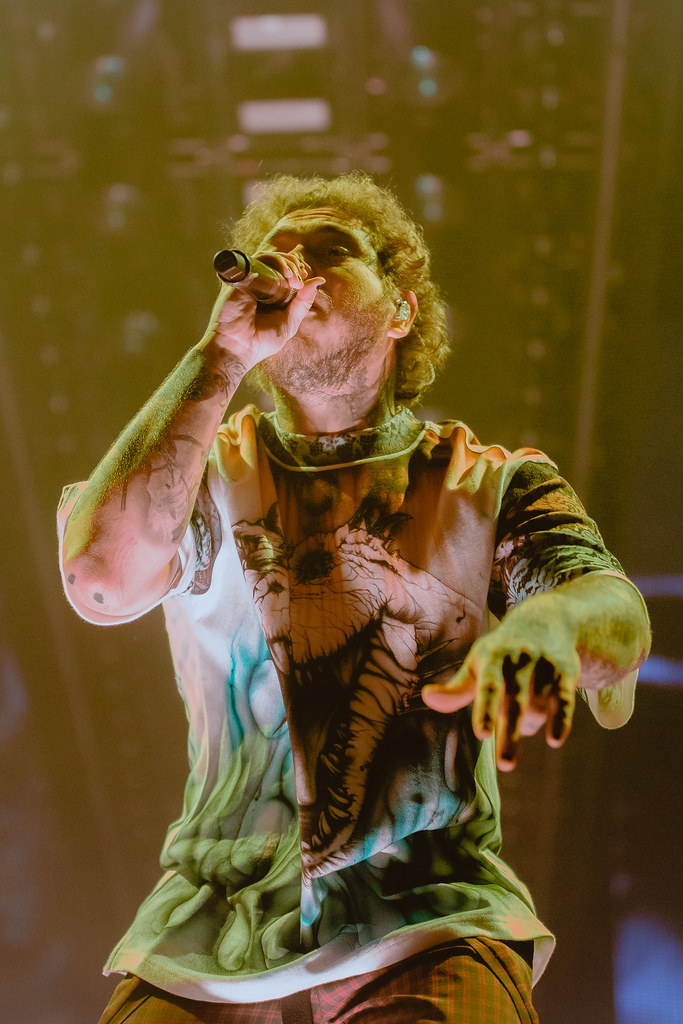 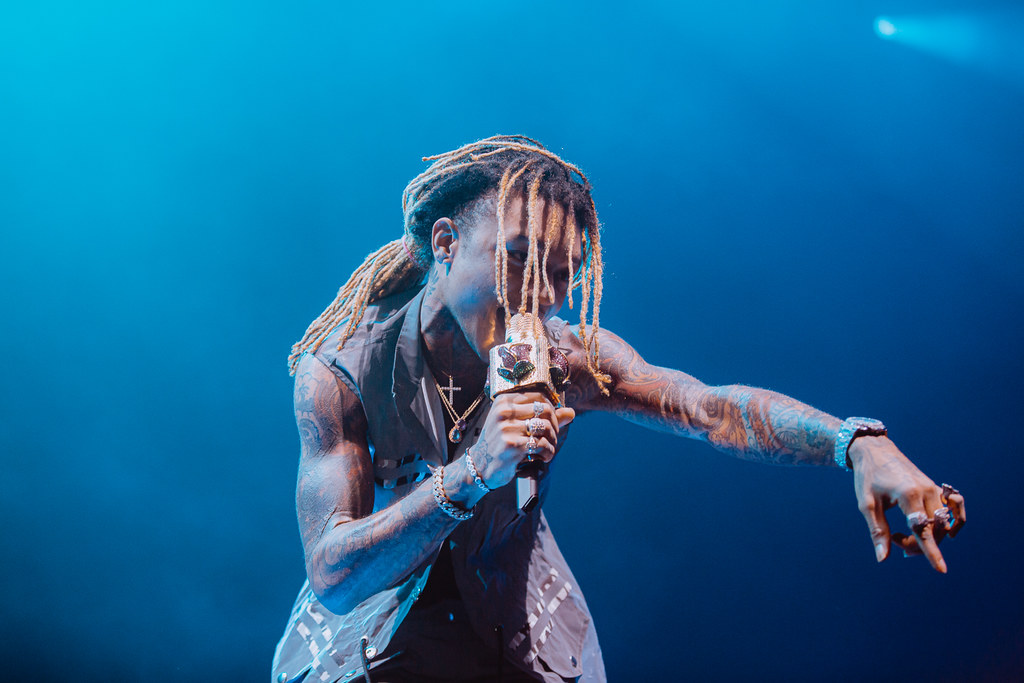 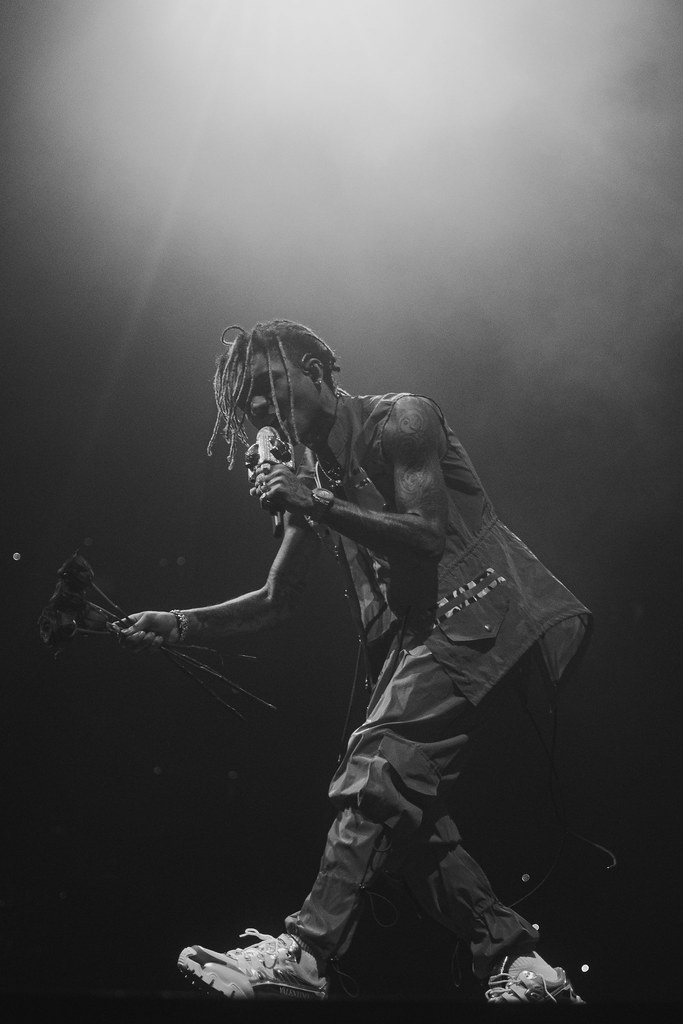 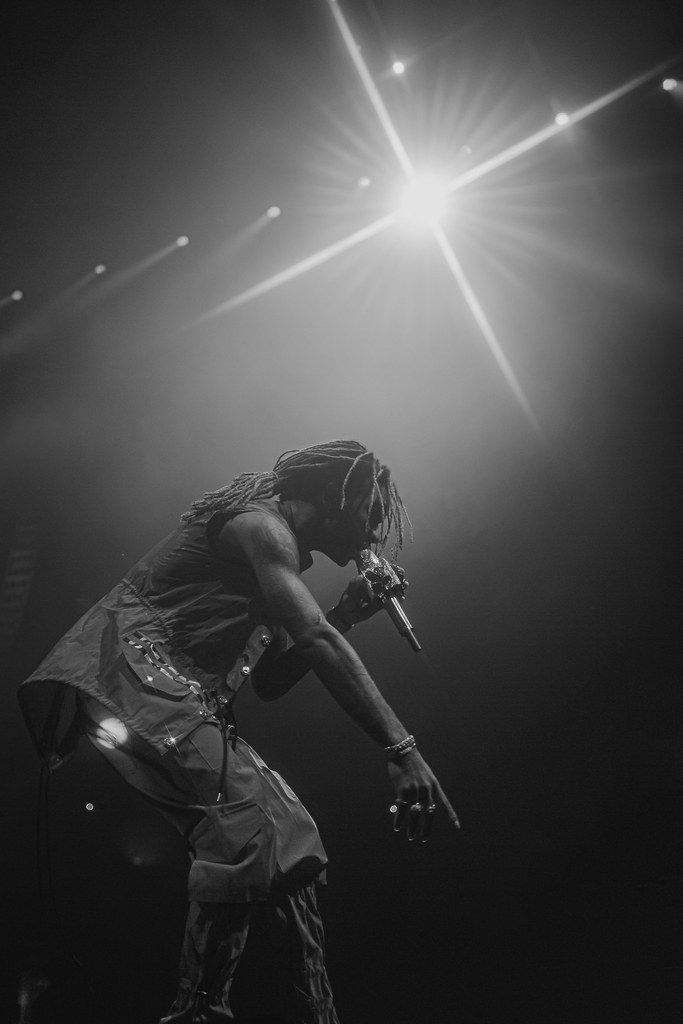 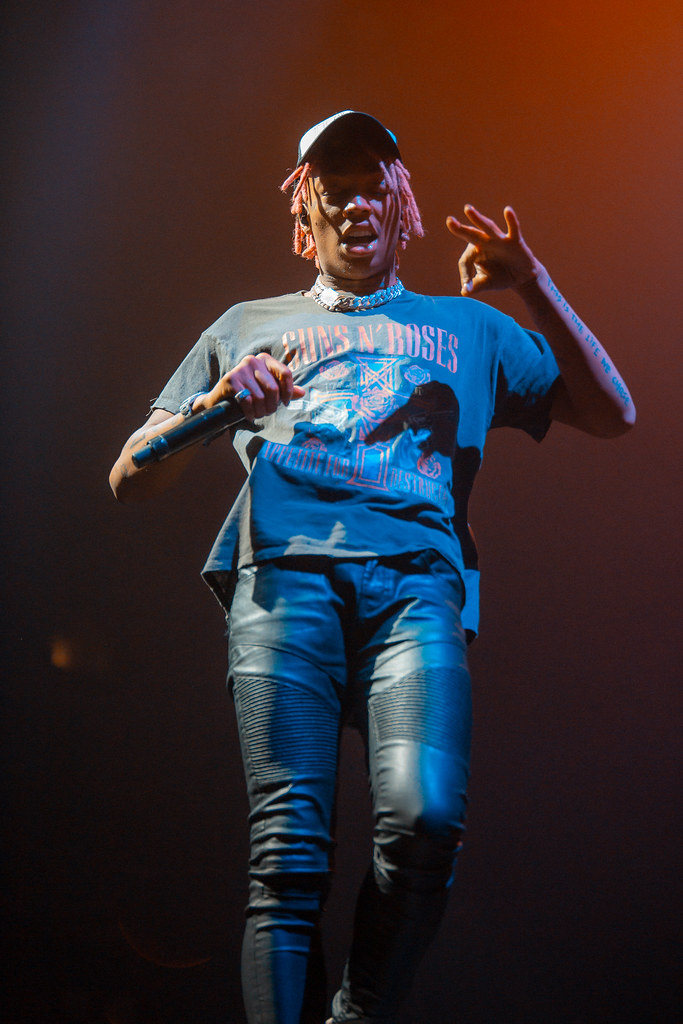 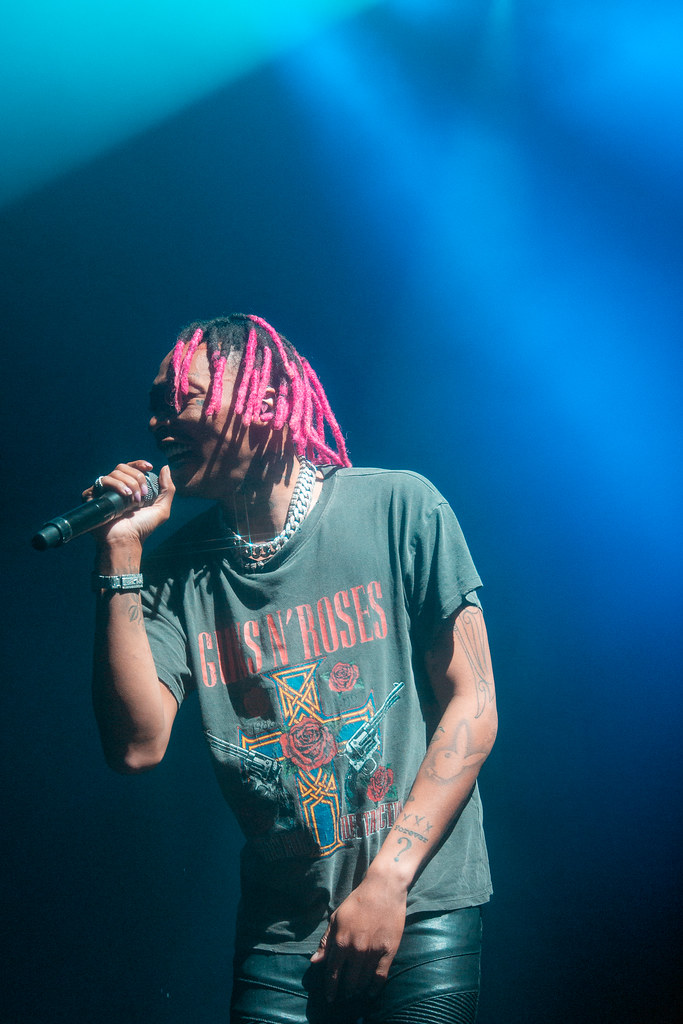 The second leg of the Runaway Tour with Post Malone, Swae Lee, and Tyla Yaweh takes off February 2020.