Girls to the front: celebrating the sounds of Riot Grrrl

In honor of Women's History Month, Last.fm celebrates the sounds of Riot Grrrl—the 90s feminist movement and music genre that continues to shape the scene to this day. 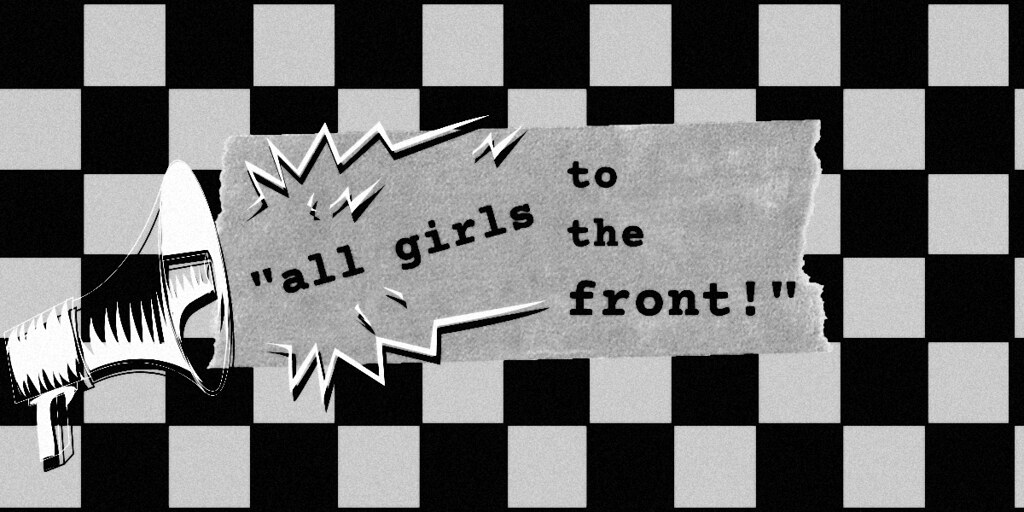 “All girls to the front!"

Once said by Kathleen Hanna of Bikini Kill, these words became the maxim for Riot Grrrls and like-minded fans. Hanna's request was simple: to give girls the floor (or the pit, in this case) at punk gigs. But her words offered more than just stage banter. They echoed the intentions of Riot Grrrl as a whole, urging women to take up space in the communities that often silenced them. 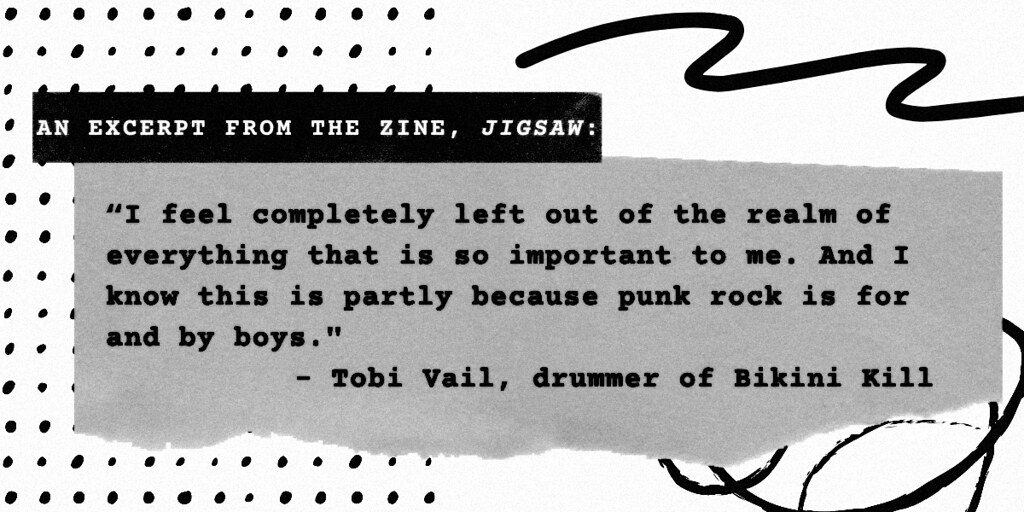 Riot Grrrl emerged in the early 90s as a response to sexism in the decidedly male punk scene. Constantly in the face of “beergutboyrock" and macho egos, young feminists banded together to form their own creative sphere—a safe space where women's voices and experiences would be heard. Felt. Understood. 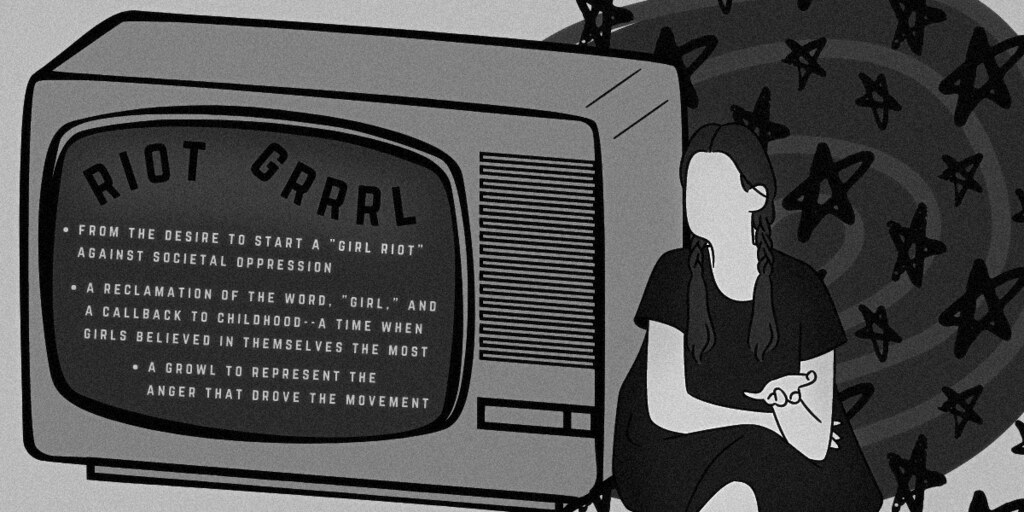 Cut-and-paste fanzines and music were some of the go-to vehicles for expression. Both mediums opened up discussions on prevailing sociopolitical issues, from racial inequality to sexual harassment, allowing women to connect with each other, to feel empowered, and to create a sense of community. As the movement gained momentum, the literature and lyrics sounded more and more like girl-powered anthems.

The movement's heyday came and went in the 90s, but the spirit of Riot Grrrl lives on. With more women on gig and band lineups engaging in similar discourse still so relevant today, modern-day Riot Grrrls continue to hold conversations through music. They also take discussions to the next level, filling in the gaps of intersectionality missed by the original movement.

From the essentials to contemporary anthems, consider this your starter pack to the sounds of Riot Grrrl. It's not conclusive, but we hope it inspires you to add new voices and different stories to your own daily listening.

Turn these songs up loud.

Hailing from Washington as well, Bratmobile pioneered Riot Grrrl alongside Bikini Kill. Their songs fused together punk and surf rock, bringing a groovy kind of playfulness to the scene. “Cool Schmool" demonstrates that signature sound while straight-up rejecting society's expectations of women, from beauty standards to how to behave.

Kathleen Hanna credits the time she saw Babes In Toyland live as the inspiration for starting Bikini Kill. Babes In Toyland embraces themes of femininity through roaring vocals and thrashed riffage. While that differentiates them from their politically outspoken counterparts, it was the Minneapolis trio's ability to take the stage and totally own their style that made them catalysts of the Riot Grrrl movement.

Honey Bane, “Girl On The Run"

Part of understanding a movement, or even just a musical subgenre, involves getting to know its roots. Like Babes In Toyland, Honey Bane influenced the conception of Riot Grrrl. She was a prominent voice in the 80s UK punk scene, but even her pop-oriented releases had underlying messages of nonconformity. Between ripping basslines and firecracker melodies, songs like “Girl On The Run" sought to push the status quo.

The Riot Grrrl movement fell short when it came to representing women of color. In response, Tamar-Kali founded Sista Grrrl Riots to provide a live music community for Black artists in the 90s. Sista Grrrl Riots gave the floor to bands fronted by Black women, fostering an environment of visibility and inclusivity. Tamar-Kali's lush, melodic take on punk music acted as the driving force for not only Sista Grrrl, but also the greater Afro-Punk scene.

In true Riot Grrrl fashion, Wendy and Amy Yao, and Emily Ryan decided to form Emily's Sassy Lime after seeing Bikini Kill and Bratmobile in concert in the mid-90s. The Southern California Asian-American trio made music that summed up sisterhood. They finished each other's lyrics, played off each other's riffs, and traded instruments frequently. Fan favorite “Mr. Moneybag$" embodies that happy-go-lucky sense of spontaneity to a T.

Whether she's fronting blues-punk group The 1865 or performing solo, Honeychild Coleman is a leading voice of Sista Grrrl alongside Tamar-Kali. The Brooklyn artist writes songs rich with guitar-driven melodies and poetic vocals, as “Bereket Window" so gracefully demonstrates.

Among the next generation of Riot Grrrls is Calico Fray. The trio brings Riot Grrrl to the Montreal punk scene, while also bringing trans visibility to the movement. Songs like “Pink Mess" are wildly confessional, rebellious, and generous with the grunge fuzz.

Riot Grrrl meets the Shanghai punk scene thanks to Ugly Girls. Sharp, punchy, and candidly tongue-in-cheek, their music takes the feminism grounded in the 90s movement and has a little fun with it. The quartet's 2017 release, Welcome To The Suck, delves into topics like body image and corporate power structures from the perspective of someone “awkward" and “uncool." But the seriously cool end result gives only more reason to root for the underdog.

PJ's at Punkphie's, “No Me Hagas Querer Hacerte Brujeria"

Three friends named Sophie, Sofía, and Sofi set out to bring more punk and feminism to Mexico. Together, they formed PJ's At Punkphie's. Their debut album, Sugar, Spice, I'll Kick Your Ass!, is an accurate taste of everything the trio stands for. Past their playful melodies, their verses outspokenly call out toxic masculinity, among other issues prevalent when merely existing as women.

Stephanie Phillips, Estella Adeyeri, and Chardine Taylor-Stone of Big Joanie are paving the way for Black punk bands in the UK DIY music scene. From mentoring with Girls Rock London to having a hand in launching Decolonise Fest (the UK's first festival for punks of color), the British trio fosters a space where punk is accessible for all communities. Their actions reflect their own intentions with Big Joanie, which they describe as a vehicle to create unapologetically and to amplify their experiences as Black women.

You might recognize The Linda Lindas from the new Netflix film, Moxie!, in which the band performs at a rally led by the titular feminist club. In real life, the half Asian, half Latinx punk quartet's stage credit is equally badass. Though fresh to the Los Angeles music scene, The Linda Lindas have already shared bills with the likes of Best Coast, The Dils, and Bikini Kill. Their music hits like a sugar rush, combining a power pop vibrance with a one-two punch of punk. Just have a listen to “Monica"—arguably the coolest song written about a Siamese cat.

Often considered forerunners of the Riot Grrrl resurgence, The Regrettes set a phenomenal example on speaking out sincerely and unapologetically. Their shows explode with feel-good energy—a fitting backdrop for their punk-heavy anthems about wearing your emotions with pride. The fiery “California Friends," an open love letter to Lydia Night and crew's pals, puts those feelings straight into action.

Words and graphics by Chloe Catajan