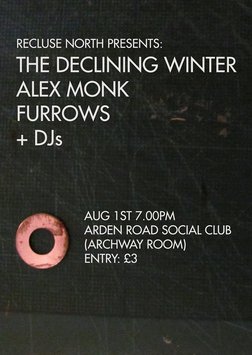 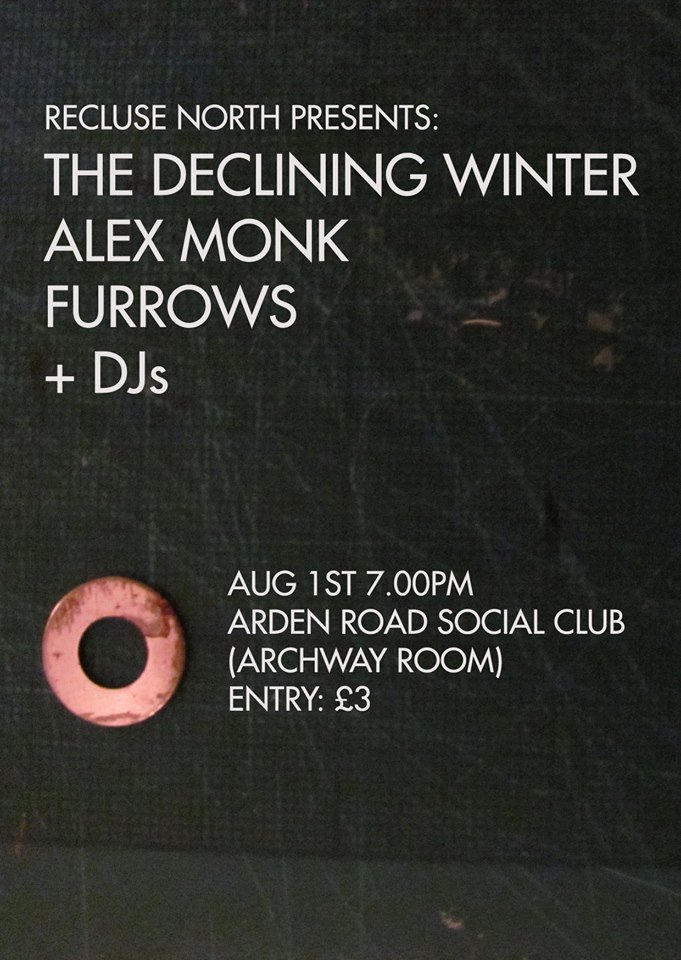 Alex Monk draws on both the 60s and 70s acid folk movement as well as ambient and electronic experiments. His first records were greatly influenced by the instrumental ,ambient style but at the time of his release "The Safety Machine " (2011 ) he moved more into a song based and guitar dominated universe where the raw and improvised meets the dreamy, trippy and ghostly. References to early Eno, Coil, Robert Wyatt and Islaja have been made and Alex Monk is ready with a new release 'Fragments of lost rivers'.

Furrows is a duo made of Essex based Stuart Bowditch aka Hybernation and Nick Dawson whom together plough a sonic trench born from electronic improvisation.