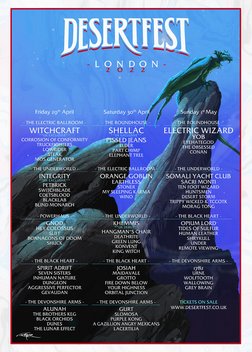 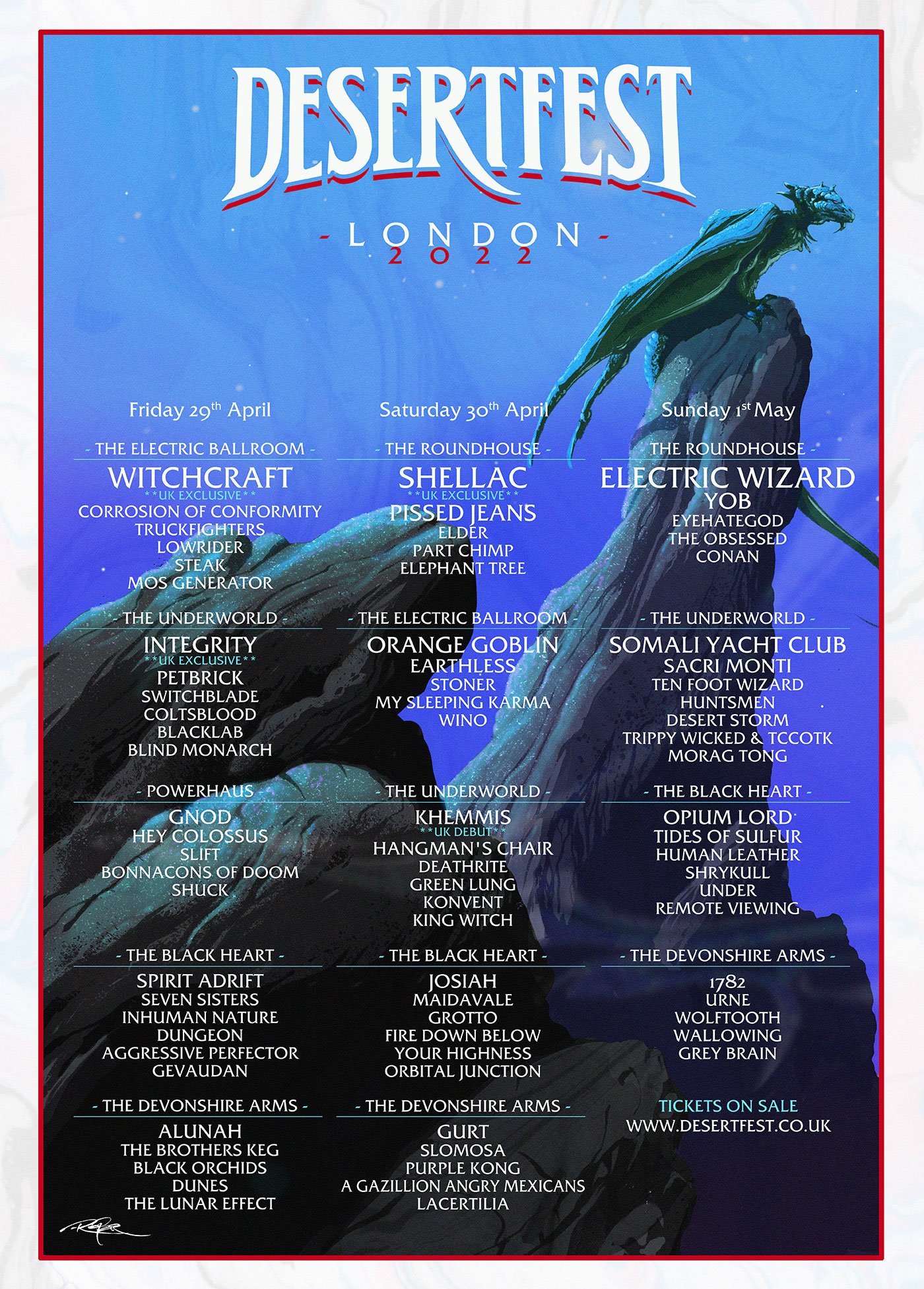 In 2022, Desertfest will be celebrating a decade since its inception. Returning to the hallowed grounds of Camden with our biggest, most diverse line-up to date. Losing two editions of the festival to Covid-19 restrictions, Desertfest makes its comeback by adding a monumental two days at the prestigious Roundhouse, alongside the first ever stage at the newly-named PowerHaus.

Welcoming back the likes of WITCHCRAFT, who will play their first & only UK performance in over a decade, stoner rock icons LOWRIDER, a UK debut from KHEMMIS & an exclusive performance from SOMALI YACHT CLUB, plus more from the ‘Year That Never Was’ 2020 line-up. Desertfest will also be celebrating its roots with CORROSION OF CONFORMITY, ORANGE GOBLIN and TRUCKFIGHTERS, who all played the inaugural event in 2012, making a 10-year return.

The word ‘Doom’ encapsulated at its most terrifyingly loud, ELECTRIC WIZARD make their long-awaited return to Desertfest. The earth-shattering sounds of YOB, EYEHATEGOD, THE OBSESSED and CONAN will solidify this as a line-up for the history books. PowerHaus will welcome GNOD, HEY COLOSSUS and SLIFT, whilst The Underworld makes way for the storming sounds of INTEGRITY, GREEN LUNG, SWITCHBLADE, HUNTSMEN, plus more.

Elsewhere across the festival we’ll be welcoming EARTHLESS, Brant Bjork & Nick Oliveri’s new project STONER, the UK debut from SPIRIT ADRIFT on a devilishly heavy metal Black Heart stage. Plus, psychedelic sounds from SACRI MONTI, unearthly visions from Japan’s BLACKLAB, the return of stoner rockers JOSIAH and three stages at The Dev showcasing the very best of the underground scene. With over 75 bands across the weekend, Desertfest is set to scratch every single itch as we welcome the riff-loving masses back to their spiritual home.