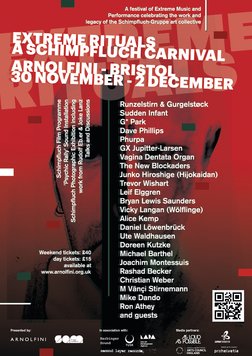 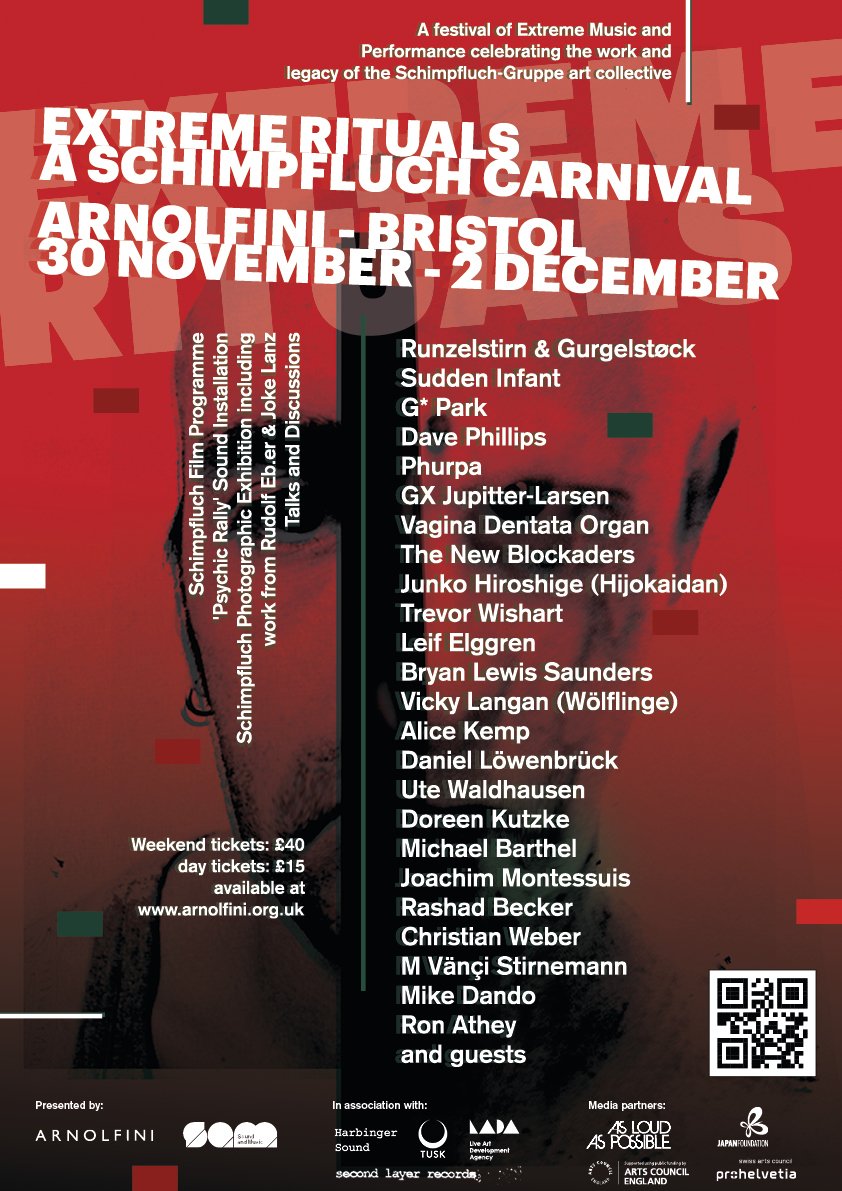 With the foundation of Schimpfluch in Zürich in 1987, Rudolf Eb.er created a platform for extreme and outsider artists and the generation of highly disturbing and irritating audio/visual works. Gradually expanding to the Schimpfluch-Gruppe art-collective, Eb.er and Joke Lanz have channeled grotesque humour into an ongoing series of confrontational radio broadcasts, physically demanding performances, ‘abreaction plays’ and ‘psycho-physical tests and trainings’.

Rejecting any given norm and genre, tearing down mental barriers, unlocking all gates to the nether regions of the human psyche, their celebrated work aims to unlock an awareness of existence and encourages the audience to get off the plane of miseducated adulthood.

This weekend festival acts as a long-overdue retrospective and a celebration of the now. Through an extensive programme that highlights the influence Schimpfluch has had since the late 80s, the audience will be treated to a selection of performances, sound-installations, films and photographs. Alongside core Schimpfluch acts such as Runzelstirn & Gurgelstøck, Sudden Infant, G*Park and Dave Phillips this carnival weekender features rare UK appearances by international guest artists such as GX Jupitter-Larsen, Phurpa and Vagina Dentata Organ.