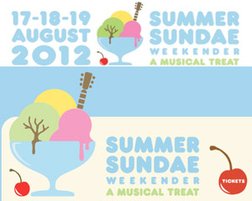 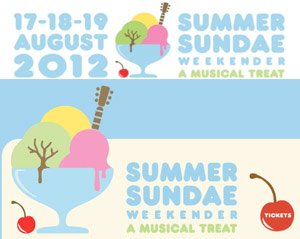 -------------------------
Summer Sundae Weekender is a festival of 7,000 people set in Leicester's De Montfort Hall and Gardens from 17th - 19th August 2012. Now in its twelfth year, the event has grown from a modest one - day affair headlined by Morcheeba and Lambchop into an award- winning three-day festival with camping. The event is often lauded for managing to keep the intimate, relaxed feel which launched its success. Having played host to Patti Smith, David Byrne, Amy Winehouse, Elbow, Belle and Sebastian, Mumford and Sons and Seasick Steve among countless others, Summer Sundae is also praised for having an eclectic line-up.

Held in the centre of Leicester, Summer Sundae is unique in bringing a green-field festival experience to an easily accessible urban location. Situated less than 10 minutes' walk from the city's train station, this also affords the festival excellent green credentials with over 50% of the audience arriving to the event by sustainable transport.