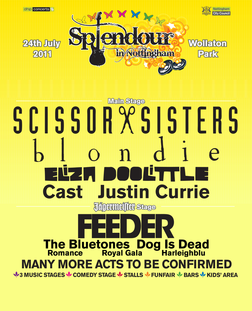 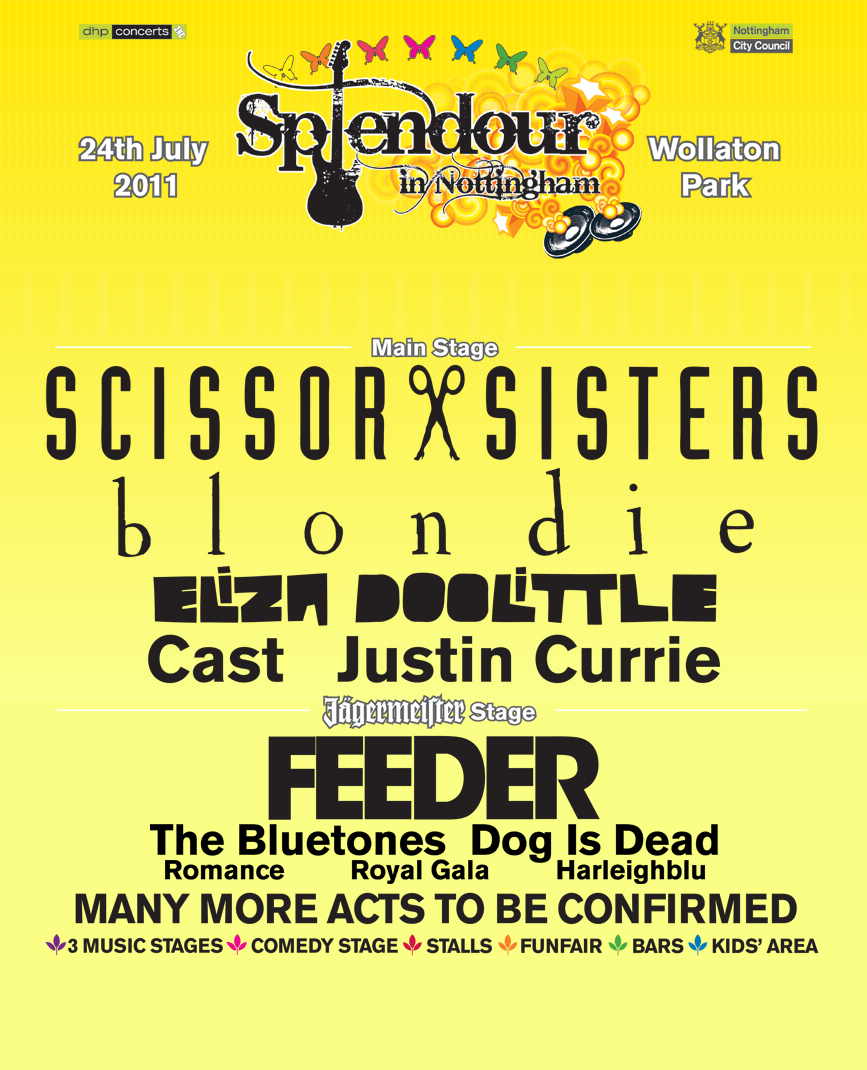 One of the Nottingham events of the summer - the Splendour music festival - returns for its fourth year on Sunday 24 July at Wollaton Park.

Joining us for this year's Nottingham Splendour Festival 2011 will be Scissor Sisters and Blondie plus many more acts to be confirmed all across 3 music stages and a comedy stage.
Tickets go on sale on Friday 4 March and yet again there will be some great ticket offers for City residents.
Splendour has been growing year on year since its first outing in 2007. The last two years have been complete sell-outs so festival goers should get their tickets early.