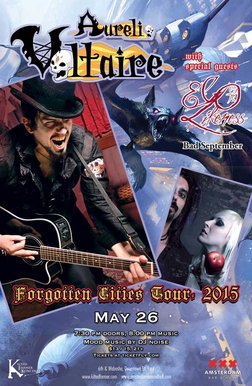 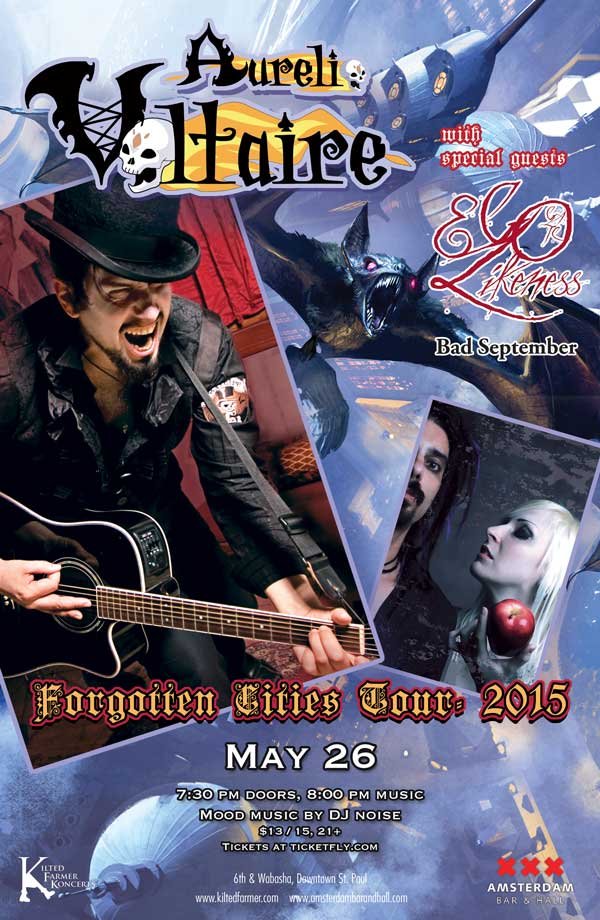 AURELIO VOLTAIRE
As a musician, he is a songwriter whose music can best be described as a collection of murder ballads, tongue-in-cheek exercises in the macabre, with just enough bawdy songs about Star Trek and Star Wars to keep a convention audience rolling in the aisles. Many know him for his songs "Brains!" and "Land of the Dead" from the Cartoon Network show "The Grim Adventures of Billy And Mandy".

Voltaire's live shows, whether solo or with his skeletal orchestra, are full of stories and games. Many describe his shows as sitting around a fire while an old friend regales you with tales, presuming that old friend drinks a liter of rum a night, dates zombie prostitutes and wrestles Krakens.

Voltaire has been recording and touring for over 15 years. He's released 8 full length CDs, most of them through Projekt Records.
- See more at: http://voltaire.net/biography/#sthash.zBXW5J6c.dpuf

The fifth full-length, 'Know Thine Enemy' is scheduled for release in 2015.

Archer and Lynch appear on Voltaire's album 'Then and Again', and Lynch has lent her vocals to tracks on The Dark Clan's 'Dance Magic Dance', Angelspit's 'Hideous and Perfect', and Aiboforcen's 'Dedale'.

BAD SEPTEMBER
Bad September is a retro-futurist steampunk art rock band based in Minneapolis MN. They use a variety of styles including rock, folk, cabaret, and chamber music to weave an alternate history of the 20th century.

Bad September has two albums: THE BRITISH EP, featuring 5 songs about a Communist uprising in England; and AUSTRIA-HUNGARY 1957, with 11 tracks about the final days of an aristocratic Europe on the brink of war. Each album also contains a variety of supplemental world-building material.