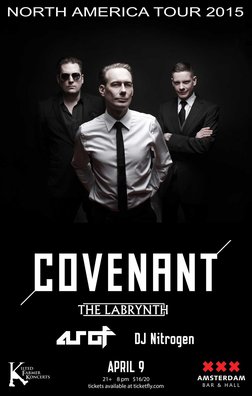 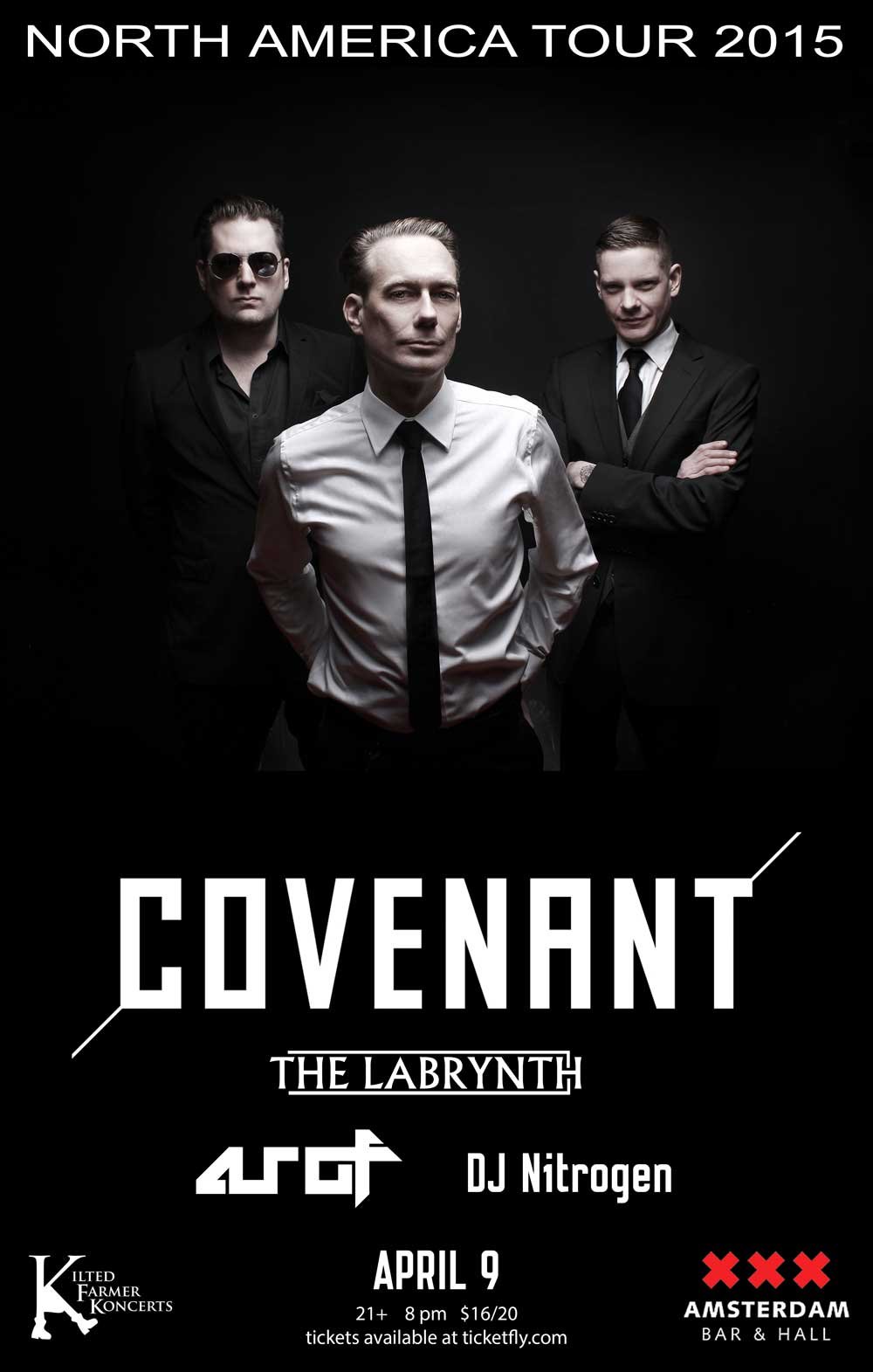 Sweden's Covenant are juggernauts of the synthpop and EBM genres. Formed in the late 1980s and inspired by the works of Kraftwerk, The Human League, Depeche Mode, Front 242, and Nitzer Ebb, Covenant have released eight studio albums and performed live in more than 40 countries. Singles such as "Lightbringer," “Dead Stars,” "Ritual Noise," "Brave New World," and "Last Dance" have topped the German Alternative charts and continue to move bodies on dance floors around the world.

THE LABRYNTH is an electronic music project from Mike Wimer and Sarah Stewart based out of Seattle Washington.

The music comes from years of listening to electronic music from the 80's, 90's and present, finding the inspiration, and putting together songs with a more updated take on those ideas.

as|of...is the beginning after the definitive end. The forces and conditions that affect our being are momentary and we always redefine ourselves with as|of as our declaration.

as|of then…
In the fall of 2010, three veteran members of storied Minneapolis-based synth-punk projects built a new kind of collaboration. The new band would be harder and draw more heavily on the trio's love of industrial and electronic music. A few months later, as of then…as|of was to be.

as|of now…
Eric, Adam and Sarah, along with new addition Kevin, continue to seek the new beginning. The evolution of sound has become richer, with fervent melodic power and ethereal tonality. As of now, the audience is more enthralled, more engaged and more moved than ever before.

as|of the future…
New music has been written, recorded, produced and set for release in spring of 2015. as|of will travel the cosmos to share their sonic gospel to the willing and those willing to be open to a future not rivaled by the past, but exceeded from it.

DJ Nitrogen
Nitrogen has been a professional DJ in the Twin Cities area for more then 15 years. He has has been a resident DJ in over 10 clubs including: First Ave 4 years, The Saloon Nightclub 10+ years and Ground Zero 7 years.

DJ Nitrogen currently DJs in Minneapolis at Hard Mondays @ The Saloon Nightclub and at Ground Zero for Bondage a Go-Go and The Forbidden Bazaar.

Nitrogen has opened for dozens of national acts including: Lords Of Acid, Combichrist, VNV Nation, Thrill Kill Kult, Front Line Assembly, And One, DJ Ackucrack, Angels On Acid, Voltaire, Cruxshadows, Razed In Black, as well as many others. He has also played at five Rubber Balls, all ten Minneapolis Goth Prom's and has played around the country in multiple cities as a guest DJ including twice at the Eccentrik Festival Festival in North Carolina. Nitrogen is also a yearly fixture on the main stage of the midwest's largest Scifi convention: CONvergence.