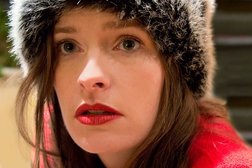 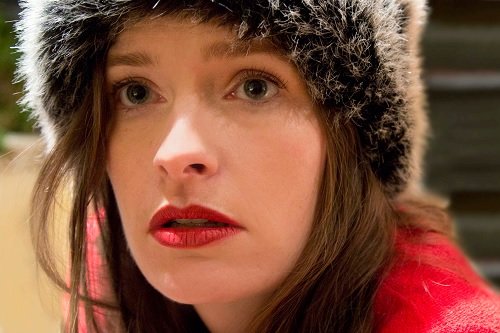 On Tuesday May 27th, WagonWheel Presents… welcomes Rachel Ries to The Greystones. Daughter of Mennonite missionaries, Rachel hails from the inspiring, vast expanses of South Dakota, by way of Zaire. She crafts slyly compassionate songs for the crooked hearted. With an electric guitar, clear voice and steady hand, she pulls the listener into her world of city grit, country dirt, and her open-eyed search for redemption and reason. 2014 sees Rachel touring to support Ghost of a Gardener, her 3rd album. Support for the evening comes from The Listeners and Ian Bramall. Advance tickets priced at £6 are available from http://www.wegottickets.com/event/268255 and the venue (12-6pm) or entry on the night will be £8. Doors open 7.30pm for an 8pm start.

Daughter of Mennonite missionaries, Rachel Ries hails from the inspiring, vast expanses of South Dakota, by way of Zaire. Her formative years were filled with Congolese spirituals, Mennonite hymns and The Carpenters. Currently splitting her time between rural Vermont and New York City, she now crafts sly and compassionate songs for the crooked hearted. With a clear voice and steady hand, she pulls the listener into her world of city grit, country dirt, and her open-eyed search for redemption and reason.

Since 2008′s Country EP, a split 45″ with Anaïs Mitchell released on Righteous Babe Records, Ries (“reese”) has recorded and toured extensively with Mitchell, supporting Bon Iver and others. She was granted a Chicago Arts award in 2010, worked in Chicago theatre, toured Europe and the States, learned how to repair Wurlitzers and (kind of) play the drums.

“Ghost of a Gardener is a technicolor treasure, in word and melody.” Maverick Magazine (5 stars)

“Tell them I came, and no one answered. That I kept my word”

From ‘The Listeners’, by Walter de la Mare.

The Listeners is Emma Thorpe – on her own or with her collaborators. She sings in cinematic detail from a small town on the North Nottinghamshire borders.

Thorpe was born into music – her mother taught her to finger-pick, introducing her to the music of PJ Harvey, Sandy Denny, Susan Vega, Roy Harper and Bob Dylan along the way; Her father Kevin was well respected on the blues scene for his albums with Out Of The Blue; And her aunt managed Welsh psychedelic legends Man.

Despite this heritage Thorpe has shaped her own evocative sound. Sometimes wilfully naive, sometimes considered and precise – her choice of chords is particular and unusual and her finger-picking weaves a strange atmosphere – the likes of which you’d more likely find in a Lynch film or a novel by Bolano than in the sculpted folk of her inspirations. And like those who inspire her – Nick Cave, Patti Smith, William Blake, she loves to muse on nature & religion: God, the devil, good and evil, and like the Pre Raphaelite Brotherhood she tries to tell it like it is – to reveal both the beauty and the devastation of life: Red Dust portrays human insignificance under darkening skies; Dinner For One traces the fading past of a destroyed relationship; You wouldn’t think that it took years for Thorpe to accept her own arresting voice and lyrical vision. Time well spent in distillation perhaps: This is music that is close to the source. These are songs, born of tradition, alive in the present day, revealing & fragile, executed spare and sharp.

“Alternately gentle and dramatic… like PJ Harvey pissed off, unplugged and wearing a kaftan.” Music Mart

“Stirring stuff…like Nico back from the grave for an autumn night’s campfire singalong, while their hushed mid-set tracks recall “Ocean of Noise” Arcade Fire.” This City

Singer/songwriter Ian Bramall opens the show after supporting Rachel on her previous visit to Sheffield. Described as sounding somewhere between Richard Hawley and Mercury Rev, nineties indie with folk sensibilities.