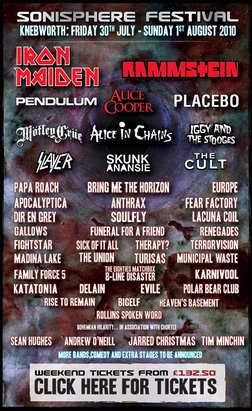 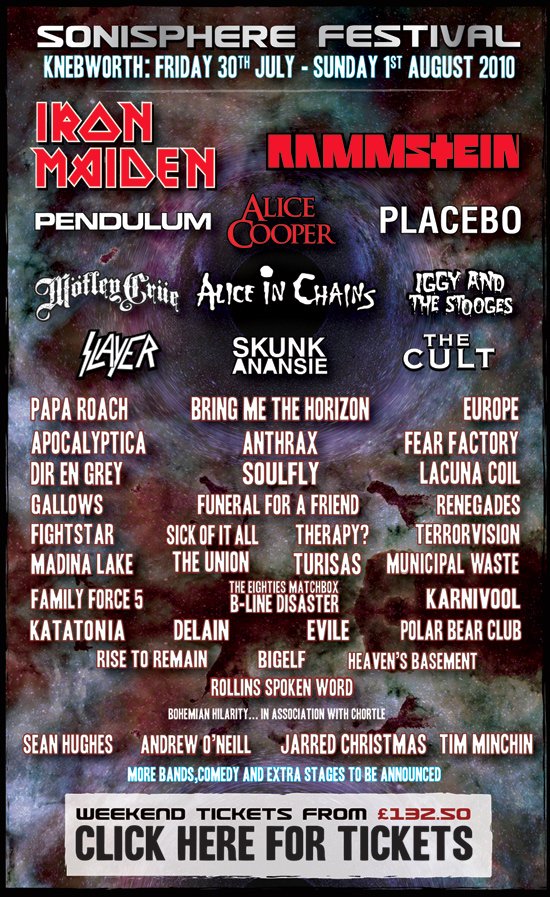 Iron Maiden frontman Bruce Dickinson says: “Knebworth has been the home of so many legendary concerts going back many years it really will be a privilege to play there. We enjoy the camaraderie of playing great festivals and are very much looking forward to getting back out to do some shows next summer and, as it will be over two years since we played the UK, we will certainly be looking to deliver a memorable and spectacular night for our fans!”

Rammstein say: “The great support that we’ve experienced from the UK fans has been beyond anything we expected. This will be the first time that Rammstein has appeared at a festival in the UK and we are looking forward to putting on a show that no-one will ever forget!”

In addition to the two headliners, a bunch of other major acts have also been confirmed – and it’s not even Christmas yet! Click here to see who they are.