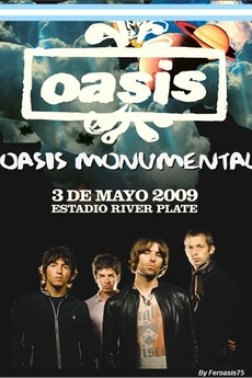 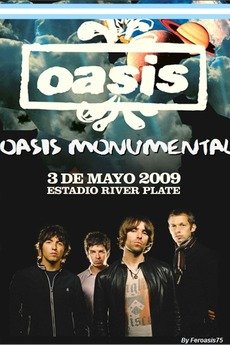 Oasis have just announced they will be performing at the River Plate Stadium, Argentina's national football stadium and venue for the 1978 World Cup final on Sunday the 3rd of May. Also known as 'El Monumental de Nuñez', the iconic stadium is the biggest stadium in Argentina for concerts.

Oasis return to Argentina for the first time since playing a sold out show to 40,000 fans at the Buenos Aires Polo Fields in March of 2006. The date is part of their South American tour which also includes the previously confirmed gigs in Peru and Brazil.