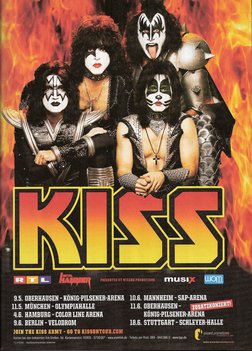 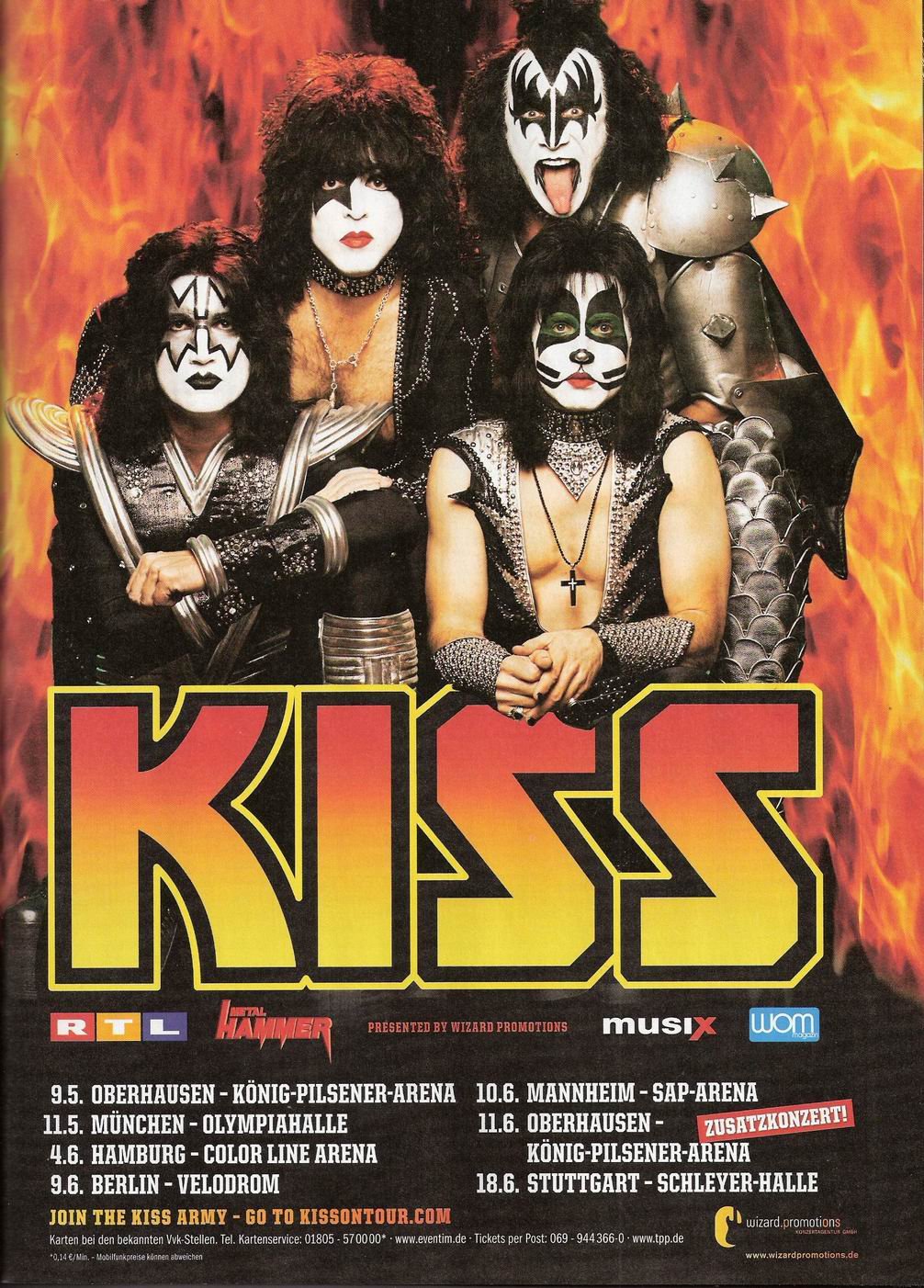 “YOU WANTED THE BEST. YOU GOT THE BEST. THE HOTTEST BAND IN THE WORLD.” For nearly a decade rock fans across Europe have impatiently waited to hear these famous words that open every concert of legendary rock band KISS.

The wait is finally over!

Today KISS announces their 2008 European KISS Alive/35 Tour set to span seventeen countries, including stops at some of the biggest summer music festivals and first ever KISS concerts in Moscow, St. Petersburg and Verona. This tour marks the first time the band will appear in Europe since their sold-out Psycho Circus Tour in 1999.

KISS invented stadium rock in the 70’s with their sci-fi Kabuki costumes and make-up, explosive theatrics and, of course, their trademark platform boots.. In their extensive world tours, they’ve attracted the most rabid fans: The KISS Army. Now celebrating thirty-five years of rockin’ the globe, KISS founders GENE SIMMONS and PAUL STANLEY along with longtime band members guitarist TOMMY THAYER and drummer ERIC SINGER vow to bring to the European KISS Army the time honored KISS spectacular that has made their performances legendary.

"I've always prided myself in living up to and beyond the legend. I can tell you we are ready to seize the moment and add to that legend. We remain KISS to our souls, and that truth will be deafeningly clear this summer." – Paul Stanley, KISS

Along with the screaming guitars, lights and pyrotechnics that have made KISS “The Greatest Rock n Roll Show On Earth”, the band brings their vast repertoire of classic music. Having sold 85 million records worldwide, KISS has become the soundtrack for a generation. Not only will the KISS faithful hear anthems like “Rock n’ Roll All Night”, “Shout It Out Loud” and “Detroit Rock City”, they can expect a few surprises and rarely played live KISS classics gems as well.

“For 35 Years, we have prided ourselves in our opening: YOU WANTED THE BEST, YOU GOT THE BEST, THE HOTTEST BAND IN THE WORLD. We are throwing down the gauntlet. Let those who are faint of heart, take heed. We will take no prisoners” – Gene Simmons, KISS

For more information about the KISS 2008 European Tour, to join the KISS Army and to purchase Kiss VIP Packages go to KISSonTour.com.