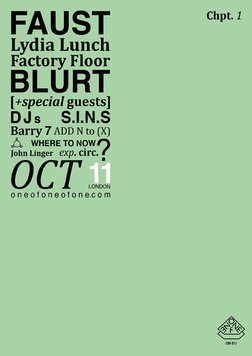 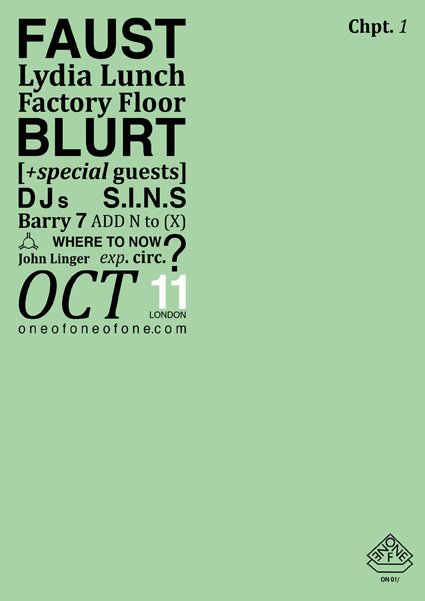 "London curators 1/1 (One of One) have announced details of an ambitious warehouse event. On October 11th 2008, Chapter One is set to platform a remarkable musical gathering. A carefully considered mix of heavyweight pioneers and future greats, form a currently unsurpassed line-up and excitement is building through London’s Art and Music scenes as October approaches.

Home to Chapter One will be UNION CAR PARK, a large industrial building in the heart of SE1. Chosen as the perfect blank canvas for 1/1’s ideas, this will be the first major event of its kind held at the east London location. To commemorate this potentially amazing event a limited vinyl release will be recorded during the night to document this refreshing return to form for warehouse happenings."