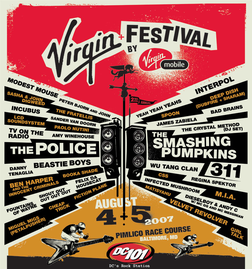 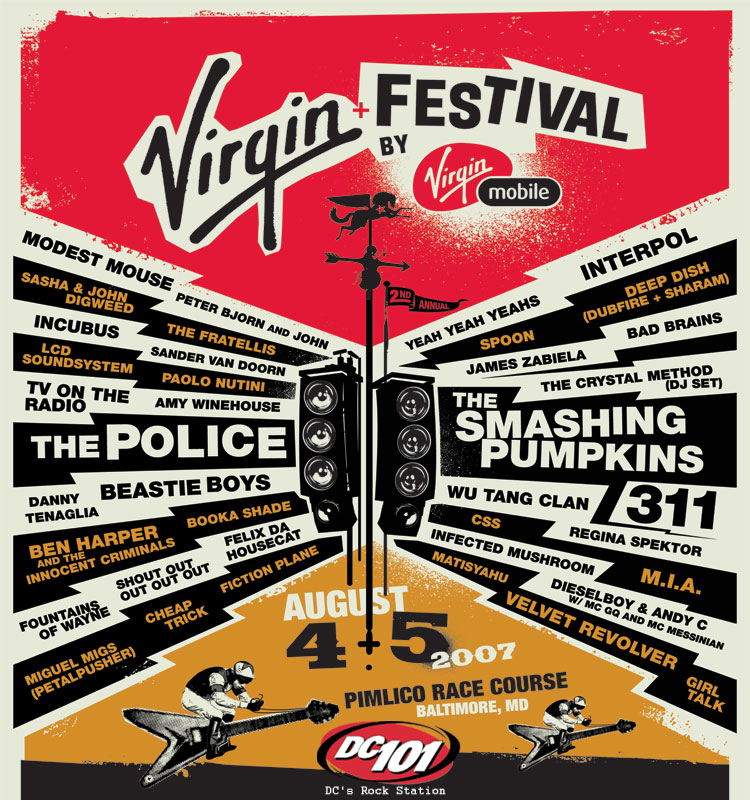 A two-day festival at a horse racing track in Pimlico, MD, Saturday and Sunday, open 10 to 10. Music started at noon and didn't stop all day! There were two stages, the North Stage and South Stage, and a dance tent, also with live music.
Saturday was extremely hot, with temperatures hitting about 100 degrees Fahrenheit (almost 38 degrees Celsius). Food and drink booths lined up and down the infield area, and there was a village where you could buy souvenirs and look at non-profit organizations.
The frozen drink of the festival was Southern Comfort's Frozen Hurricane. Most people chose water, due to the heat. Saturday was definitely the busiest day, and Beastie Boys appeared to draw the largest crowd. Sunday was met with cooler temperatures and the threat of rain, which it did! It rained during Interpol, and stopped as The Smashing Pumpkins came on!