Big things are happening for Wallows

Even though Wallows just put out its debut record titled Nothing Happens, a lot is definitely going on for the Southern Californian alt-rock trio.

Bandmates and best friends Braeden Lemasters, Dylan Minnette and Cole Preston have been making music together for a decade. Their debut full-length album follows years of sharpening their sound under different monikers and mini releases to make sure everything would come together cohesively. They played many of these new songs live for the first time at their first-ever Coachella set, and now, Wallows is moving onto a North American and European tour.


One of the initial tour stops included two sold-out nights in San Francisco. Performing material off Nothing Happens and more, Wallows lived up to the expectations of an eager crowd. As the trio opened with “Treacherous Doctor" on night one, fans (many of who had waited hours before to secure a close spot) were quick to roar back the lyrics and bounce along to the song's centrifugal riffs. 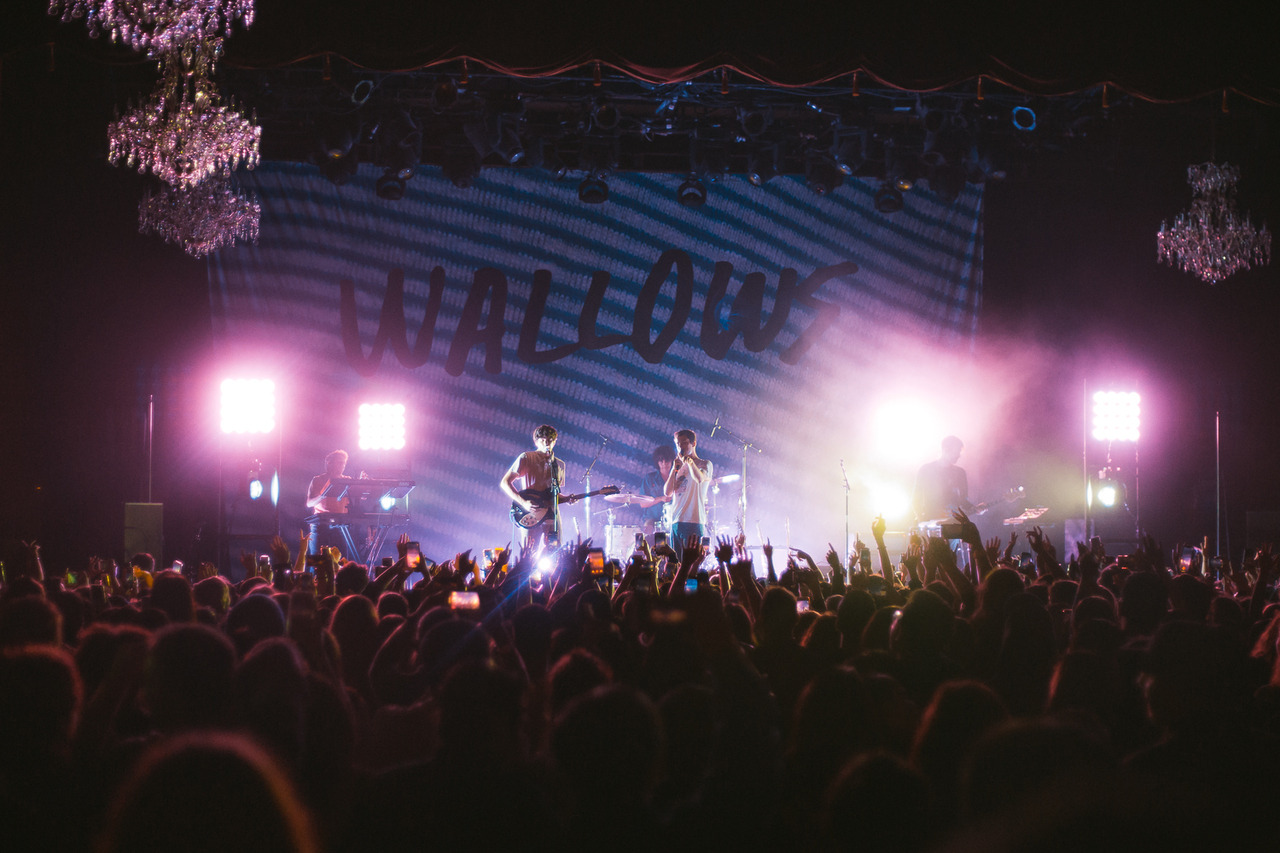 Part of what made the Wallows show so memorably fun were the interactions between the band and fans. Lemasters and Minnette took turns taking the mic with sheer charisma, making constant eye contact with the crowd and breaking into rockstar moves, which even included Lemasters taking off his shirt at one point. The group also kept spirits high in between songs by sharing some personal memories from the Bay Area and making sure everyone stayed hydrated.


Wallows was obviously equipped with the stage presence to please a full house, but the show's driving force inevitably came from their sound. Taking influence from the likes of The Cure, The Strokes and Mac DeMarco, Wallows projected a fresh spin on rock music that worked for an audience of all ages. It threw younger fans in the center of that classic rock and roll energy, while exciting grown-ups all the same.

Songs like “Scrawny" and “Pleaser" featured hard-hitting guitar melodies from Lemasters and Minnette, as well as propulsive drumming from Preston. Meaty basslines also amped up the cuts to create a high voltage energy. Meanwhile, “Drunk On Halloween" and “Ice Cold Pool" took on a hazier, slacker-style feel braised in lush live trumpet parts.

A cinematic arrangement of “Do Not Wait," ladened with swirling guitar riffs and grand trumpet licks, kicked off the encore before Wallows ultimately closed with “Only Friend." 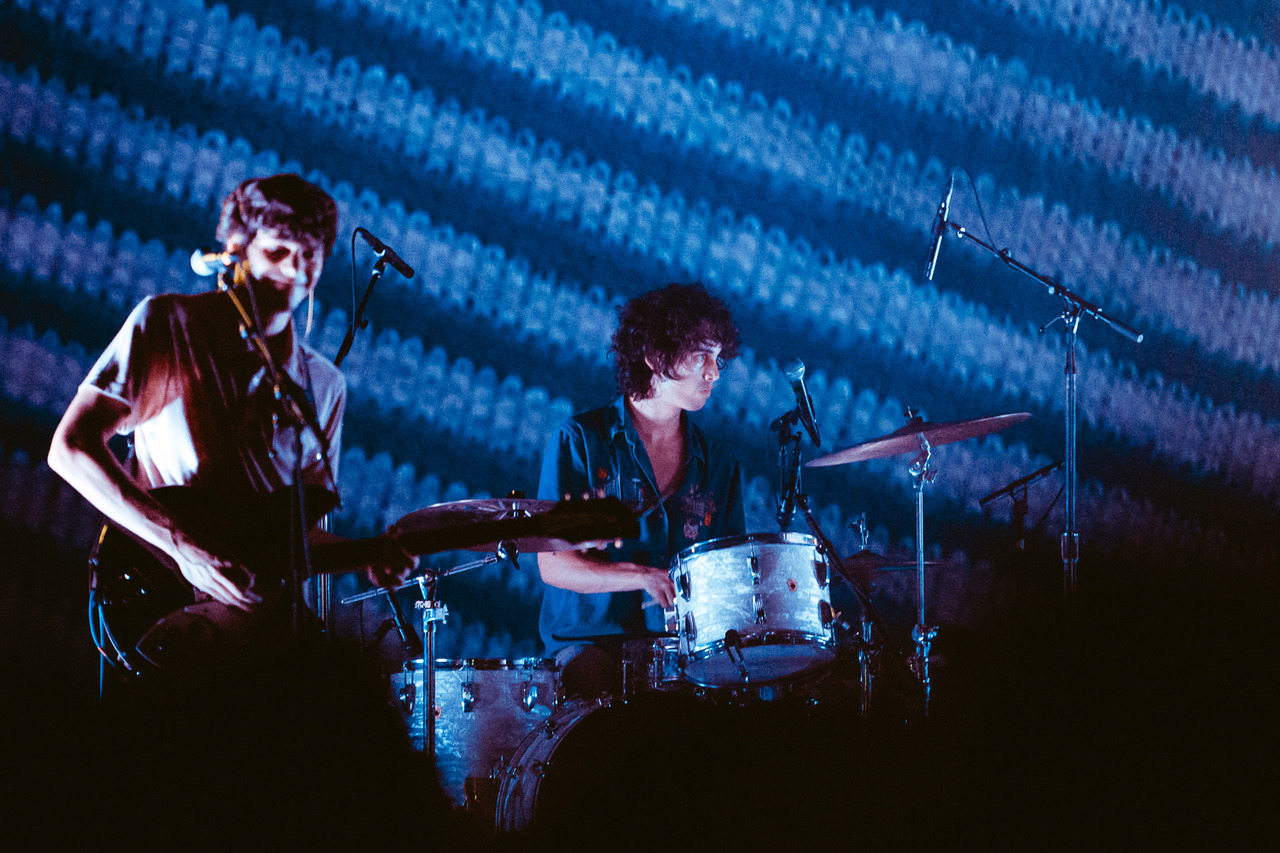 Joining Wallows for night one was Mk.gee, a project led by fellow Los Angeles-based musician Michael Gordon. Onstage, Mk.gee took form as a five-piece outfit, diving into an initial sequence of chiller cuts. 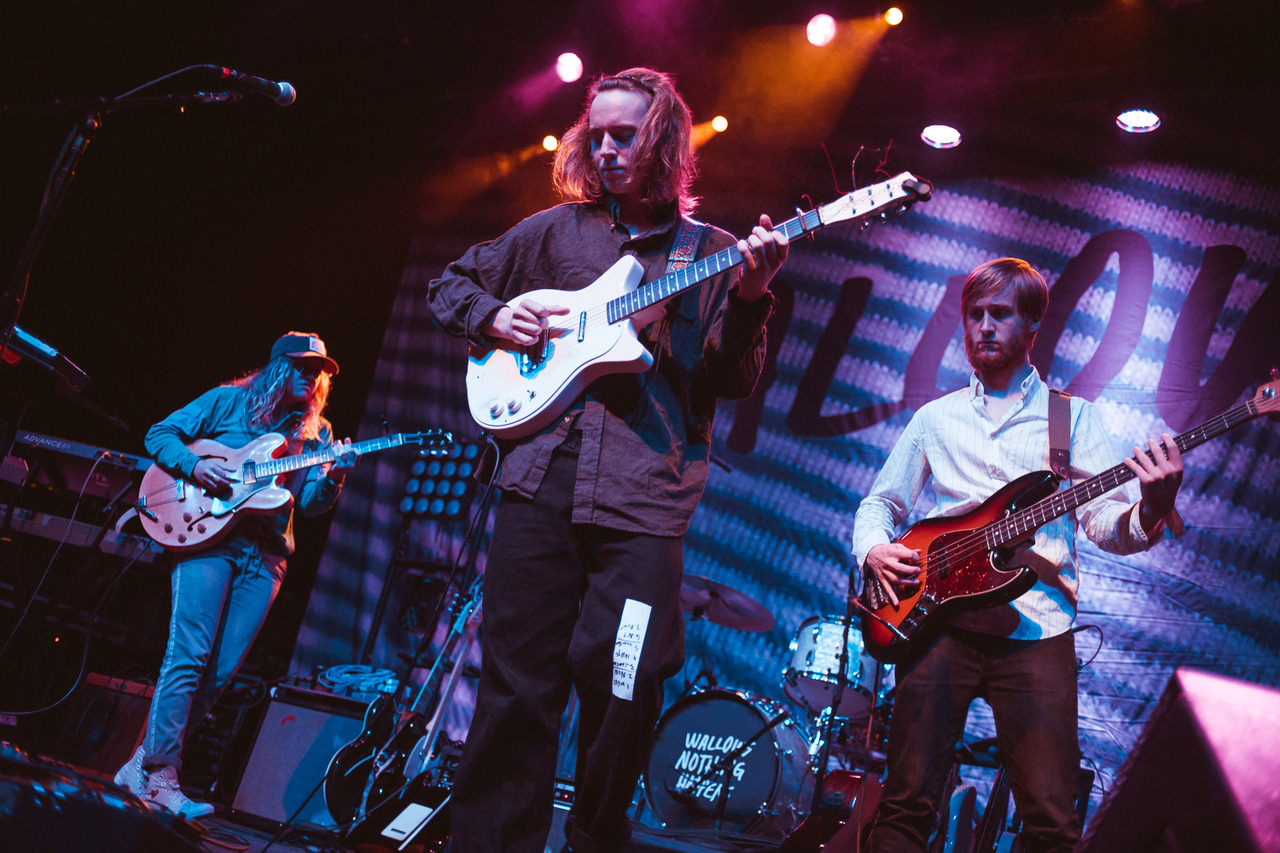 “Wheel" and “Num" fused together a stripped down sound with psychedelic synths, while songs like “I Know How You Get" and “Over Here" kicked things into higher gear. Saving the upbeat “Priorities" for last, Mk.gee had by then set off a full-blown dance party. 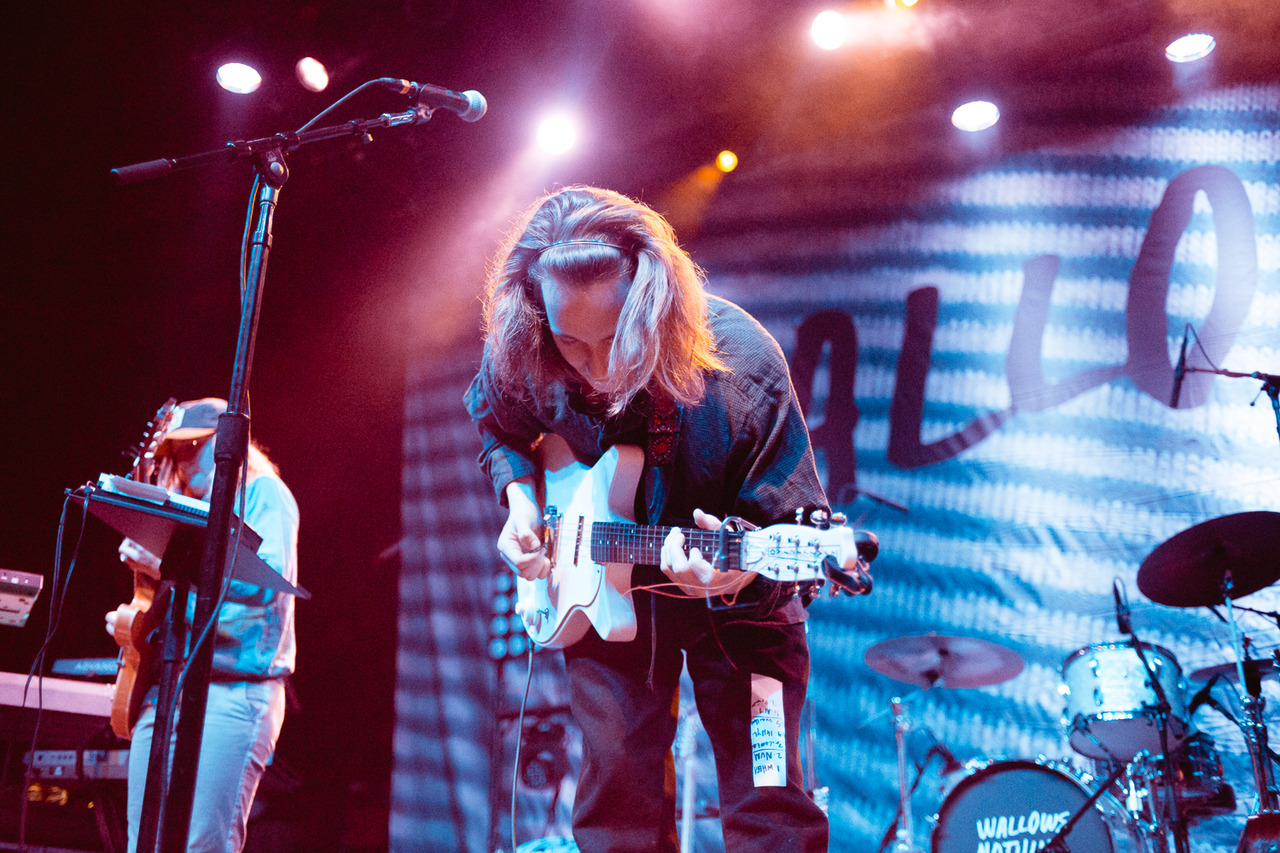