Tyler, The Creator starts an "Earfquake" on IGOR Tour

When Tyler, The Creator performed back-to-back nights in San Francisco, the walls of the Bill Graham Civic Auditorium rarely stopped shaking. The rapper, on tour for new album IGOR, had the sold-out venue raging as the persona behind his titular character took over.

To become Igor, Tyler donned sunglasses, a blond bob wig, and a powder blue suit. He appeared onstage, static and under a spotlight. But Tyler's enigmatic alter ego quickly proved to be a vehicle for a strikingly outward performance. He opened with “IGOR'S THEME" and let fans sing most of the song as he continued to stand still. It wasn't until the outro that Tyler sprung across stage in a frenzy—a fit introduction to the chaos within Tyler's material. 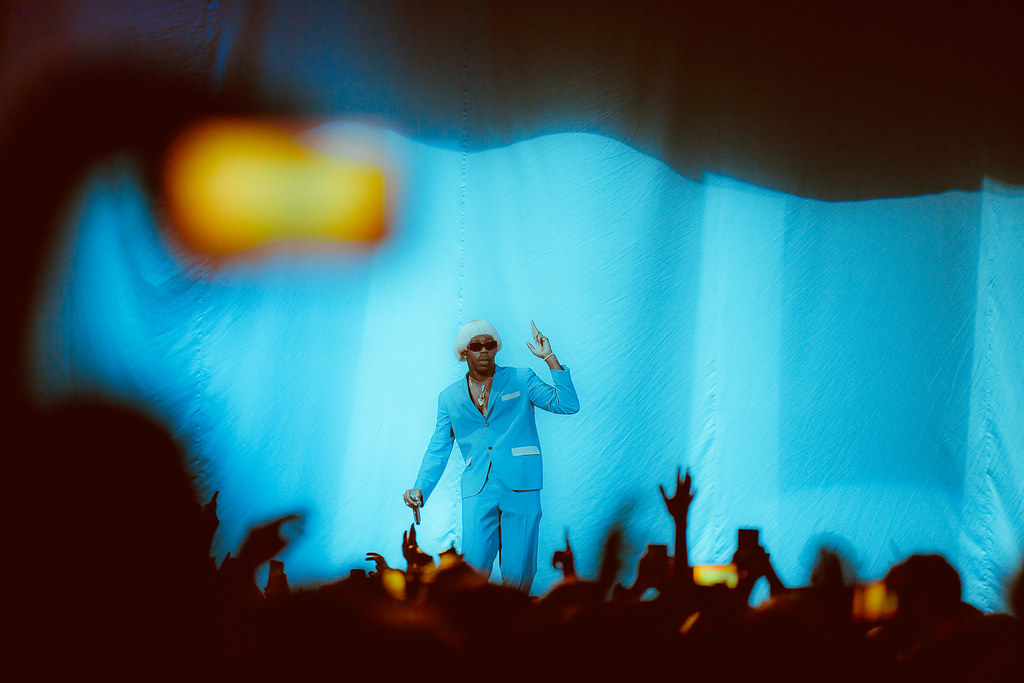 What Tyler presented in IGOR, as well as in previous releases, he took up a notch onstage. On the propulsive, “I THINK," the rapper delivered each verse with an extra punch while he kept up his erratic dancing. Even on the mellower, soul-infused “A BOY IS A GUN*" and “PUPPET," he threw in some backbending moves in between singing directly to the audience. Through his Igor persona, it seemed that Tyler was able to express and challenge himself creatively like never before, combining hip-hop with performance art.

While the stage was set up to be a one-man show, everything still felt incredibly immersive. Crowd singalongs resonated throughout the venue, most memorably during a stripped down version of “EARFQUAKE" with Tyler on the piano. There was never a dull moment with the audience, who constantly went between jumping and throwing their hands up.

Visuals transformed each song as well, from the pyrotechnics that intensified “Who Dat Boy" to the army of Igors that appeared on-screen during the opening chants of “See You Again." On “IFHY," a raised platform isolated Tyler center stage, heightening IGOR's darker themes. Tyler then sat on the platform's edge for a heartfelt performance of “GONE, GONE."

In between the Igor madness, Tyler would break character to engage with the audience. He gave a nod to fans who could identify his older material from just the instrumentals. He also talked about 2011 single “Yonkers" and how the praise he received from Kanye West at the time changed his life. And before closing the show with R&B soul-soother “ARE WE STILL FRIENDS?," Tyler urged the crowd to show appreciation for openers GoldLink and Blood Orange.

“I don't need y'all to make noise for me because I know I'm tight as fuck," Tyler concluded. 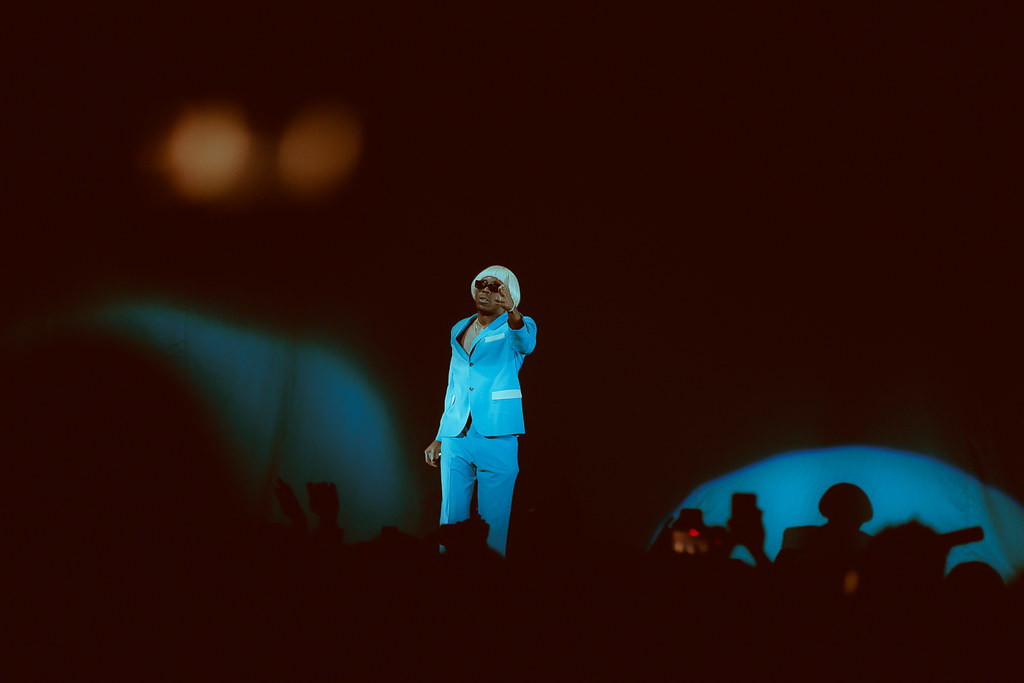 GoldLink and Blood Orange both delivered sets that explored different avenues of hip-hop and R&B. GoldLink combined vibrant beats and an effortlessly fiery flow on songs like “U Say," Joke Ting," and “Zulu Screams." The rapper also threw in snippets of Kendrick Lamar's “Backseat Freestyle," Trippie Redd's “Dark Knight Dummo," and Chief Keef's “I Don't Like," riling up the crowd. 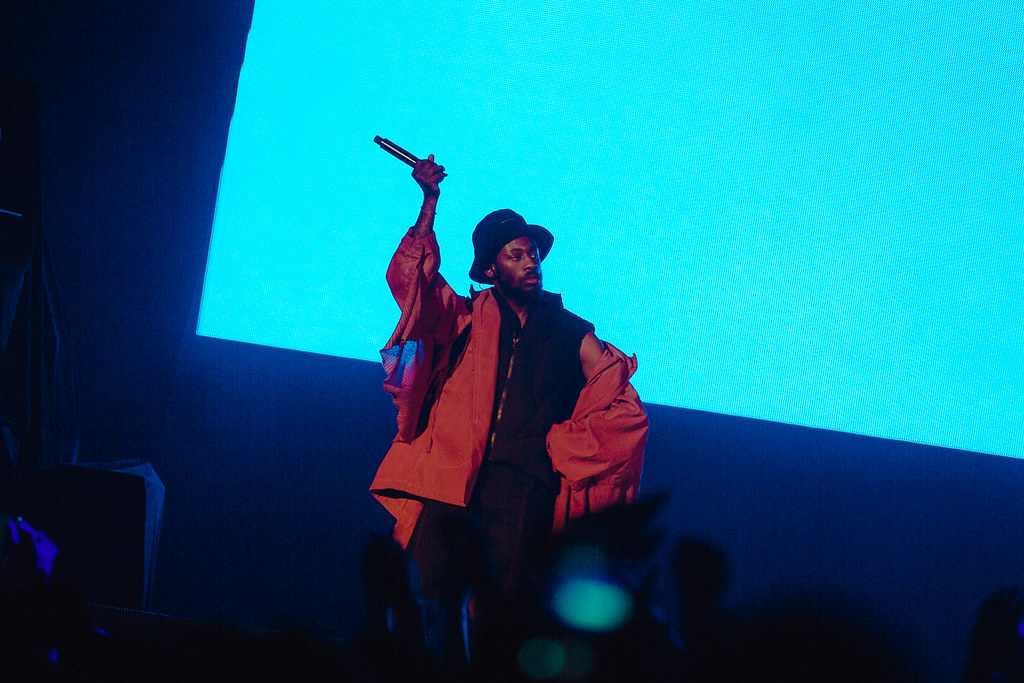 Meanwhile, Blood Orange used the power of funk to get fans in the groove. With a bouquet of flowers in hand, Dev Hynes led a hypnotizing set, his vocals melting into the full band's silky smooth riffs, especially on tracks “You're Not Good Enough" and “Charcoal Baby." 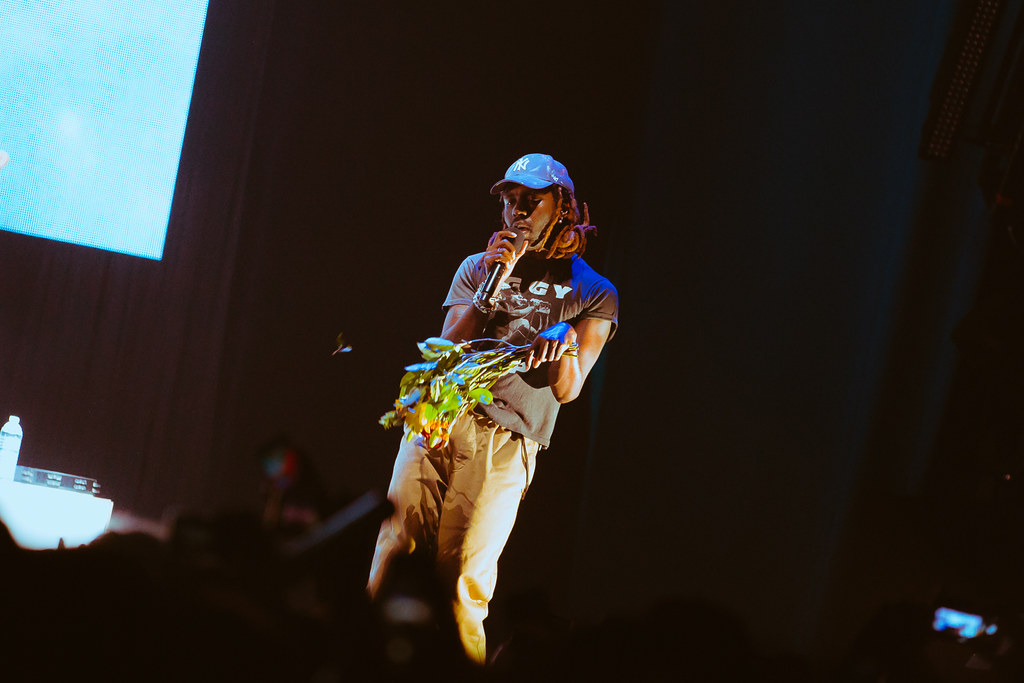 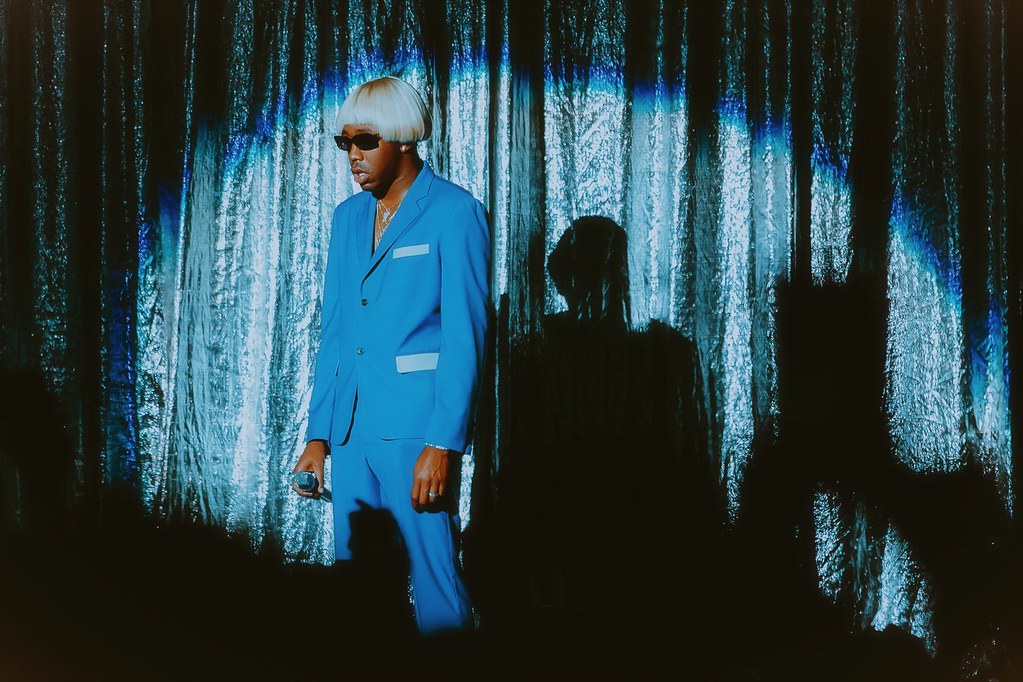 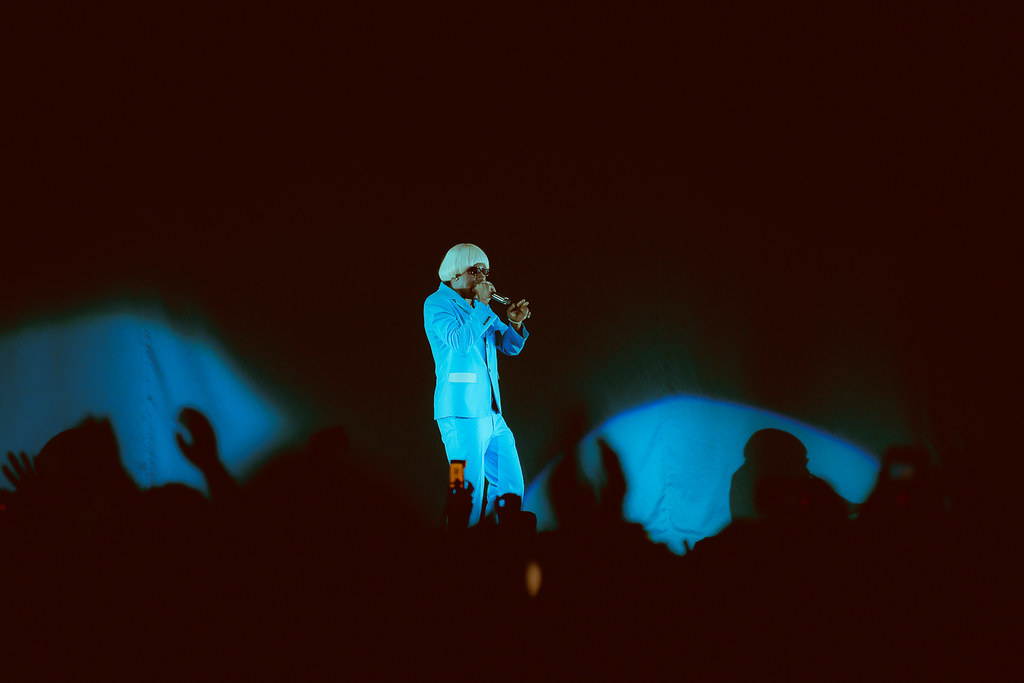 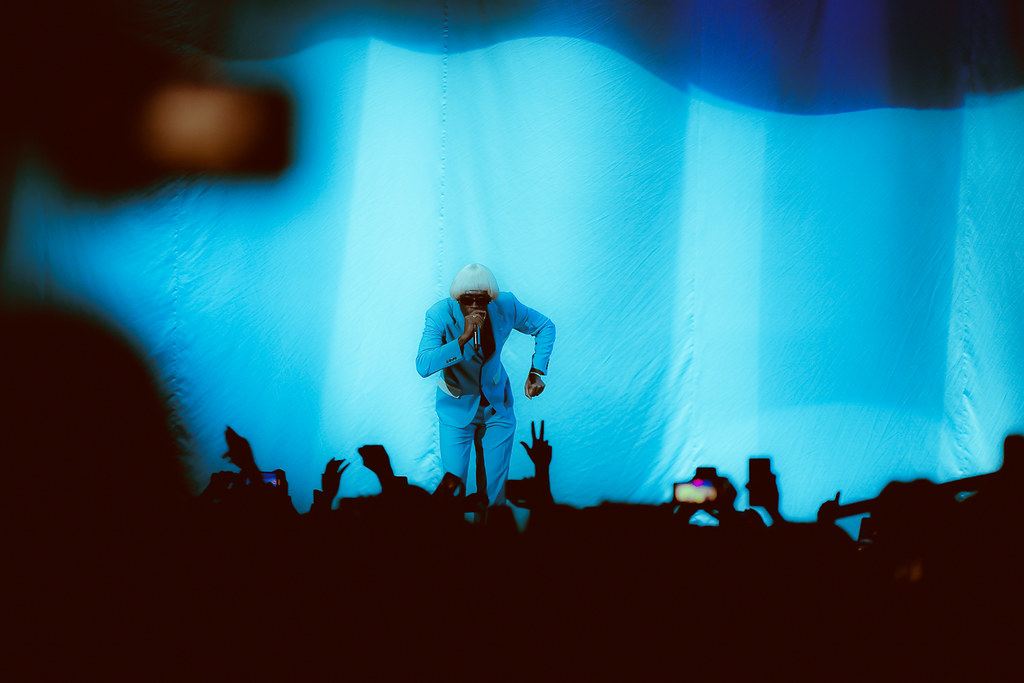 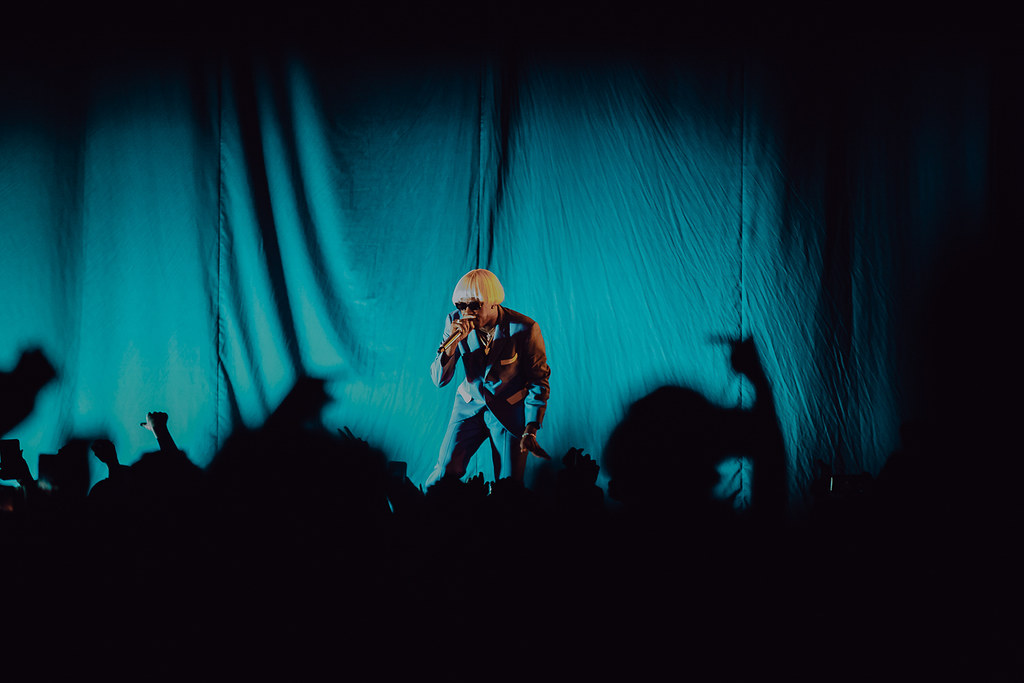 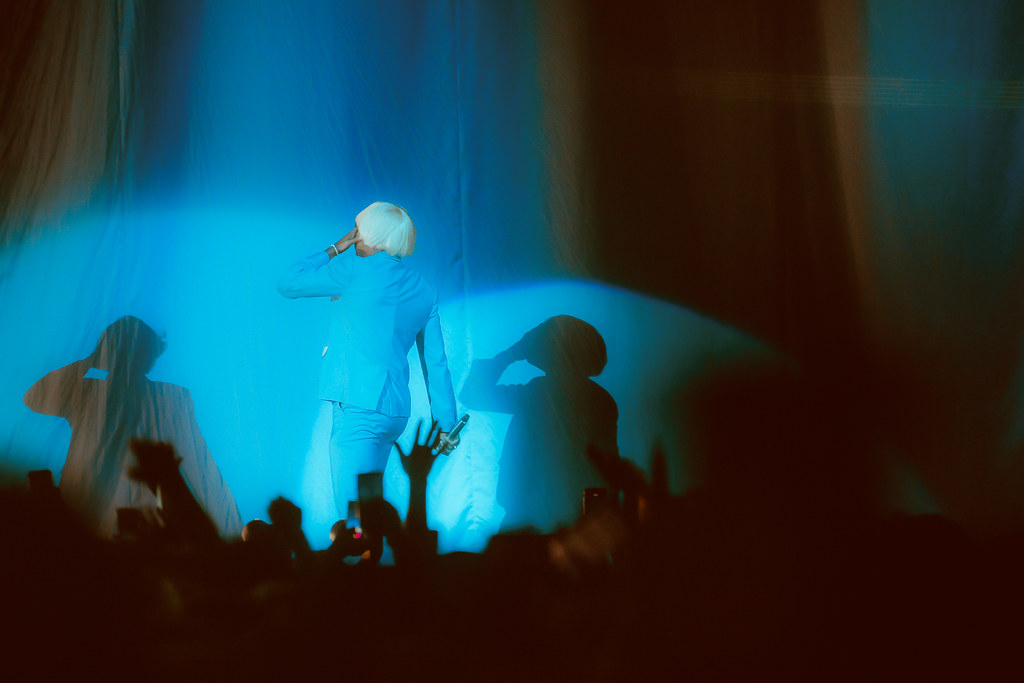 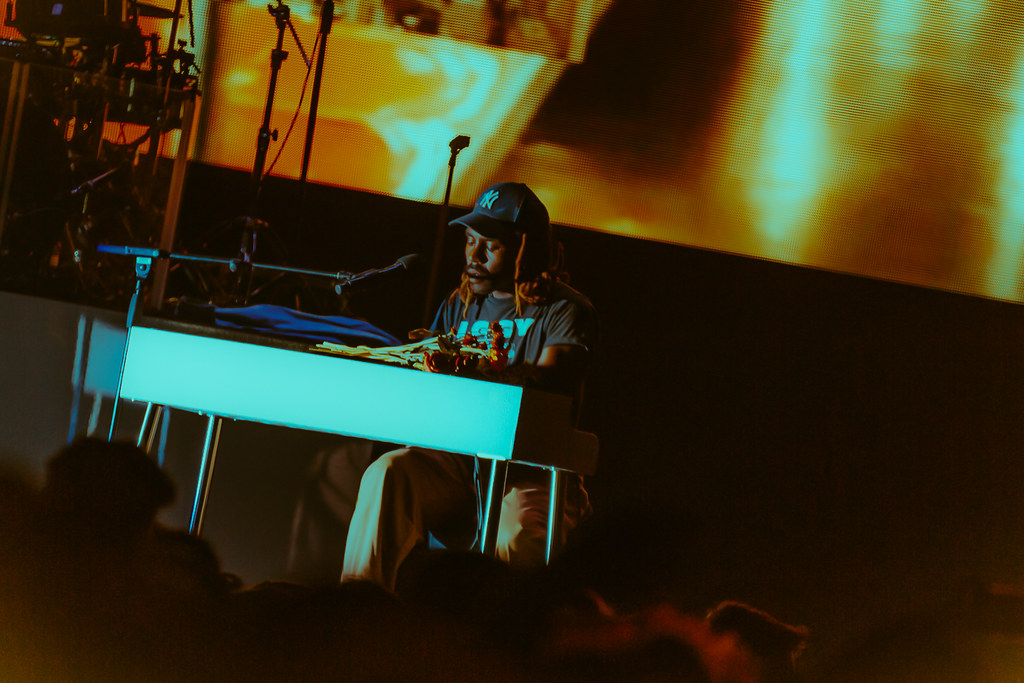 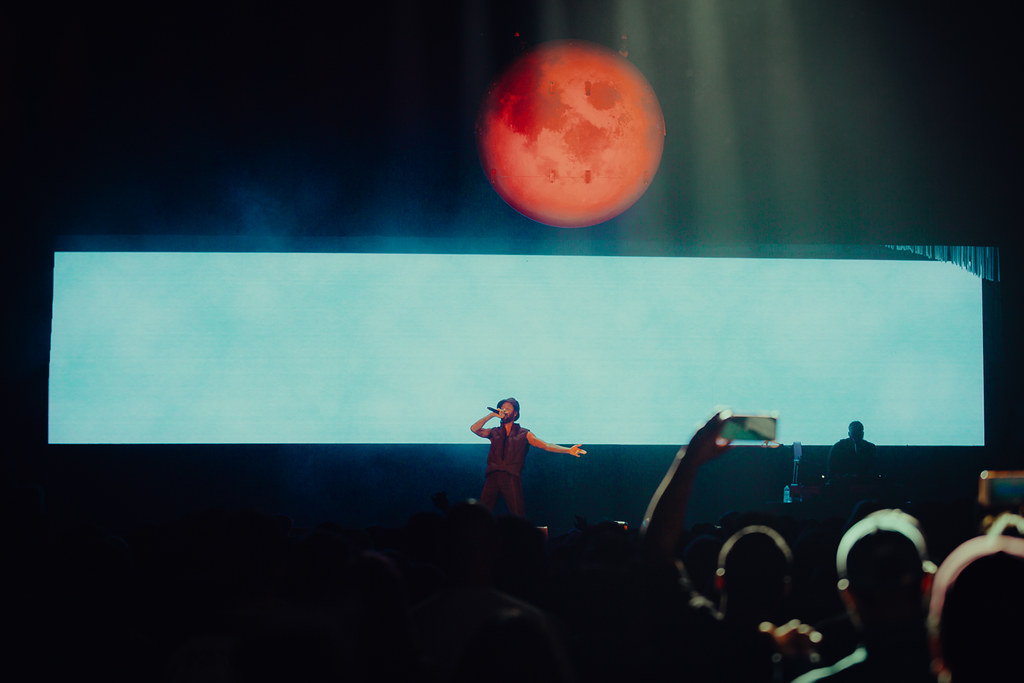