Starting from scratch with Alexander 23

Cover photo courtesy of the artist. Words and article photos by Chloe Catajan.

It goes without saying that there's something special about seeing a song come to life in concert. Watching Alexander 23 perform at a packed Great American Music Hall in San Francisco proved just that.

He would start by setting up a beat on his sampler and then weave in some chords on his electric guitar, sometimes the other way around. His heartfelt croons fluttered into a falsetto, and in between, he'd break into a cheeky dance move or two. With the stage entirely to himself, seeing him piece together every note and have fun with it felt like each song was born all over again. Except now, fans were singing along too. 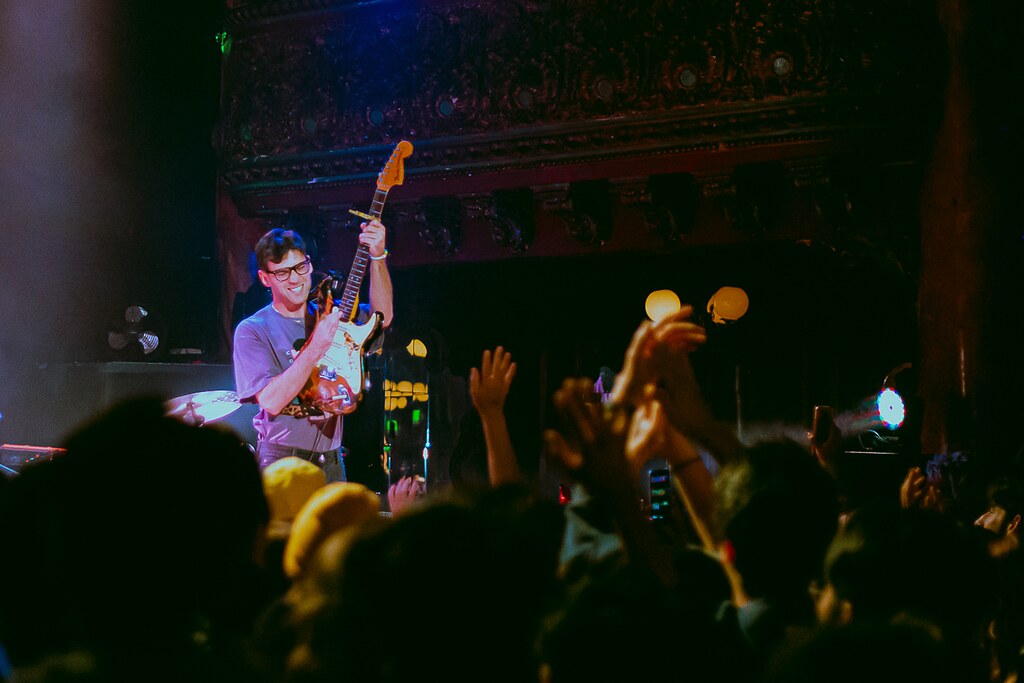 The show marked Alexander's first performance since the release of his debut EP, I'm Sorry I Love You. All nine songs were written, recorded, and produced by Alexander himself. In fact, even lyric videos, gig posters, and the backdrop often behind him at shows are his handiwork. He says many of his creative ideas come in at once, and from there, he'll work on them from scratch.

“I see so little separation between all the connecting art forms," he says to Last.fm before his set.

“I love the feeling of taking something that means a lot to me to the finish line. It's a very liberating feeling to have that control over your own art and your own destiny of sorts."

When it comes to controlling his destiny, Alexander combines going with the flow and going with his gut to figure out what feels right.

The Chicago native moved to Philadelphia for college, dropped out, moved to New York and eventually to Los Angeles. In Los Angeles, he did songwriting and production for other artists, but later felt burnt out from collaboration. Most days that followed, he says, were spent by himself to learn more about production and to improve his songwriting chops. And so began Alexander 23.

I'm Sorry I Love You is Alexander's ode to his twenties as he knows it. He gets real about things like feeling lovesick, existential dread, and cognitive dissonance caused by social media. The record's sound also holds true to his intuitive approach, blurring the lines of genres like pop and R&B, and taking form as a sonic stream-of-consciousness. Every song is distinct in narrative and arrangement.

“I feel like I've been as honest as I can be from the jump, so that's the bar that I've set in my own mind for how I need to write songs," he says on writing personal lyrics.

On developing his sound, he explains, “I just like to try stuff and mess with until it feels right. I think that I spent so much energy and brainpower on establishing a pretty clear songwriting voice, which pushes me to do more diverse production stuff and takes more risks and do some stuff that doesn't sound like another song of mine. But because I'm writing songs mostly alone and producing mostly alone, they all sound like me just by definition." 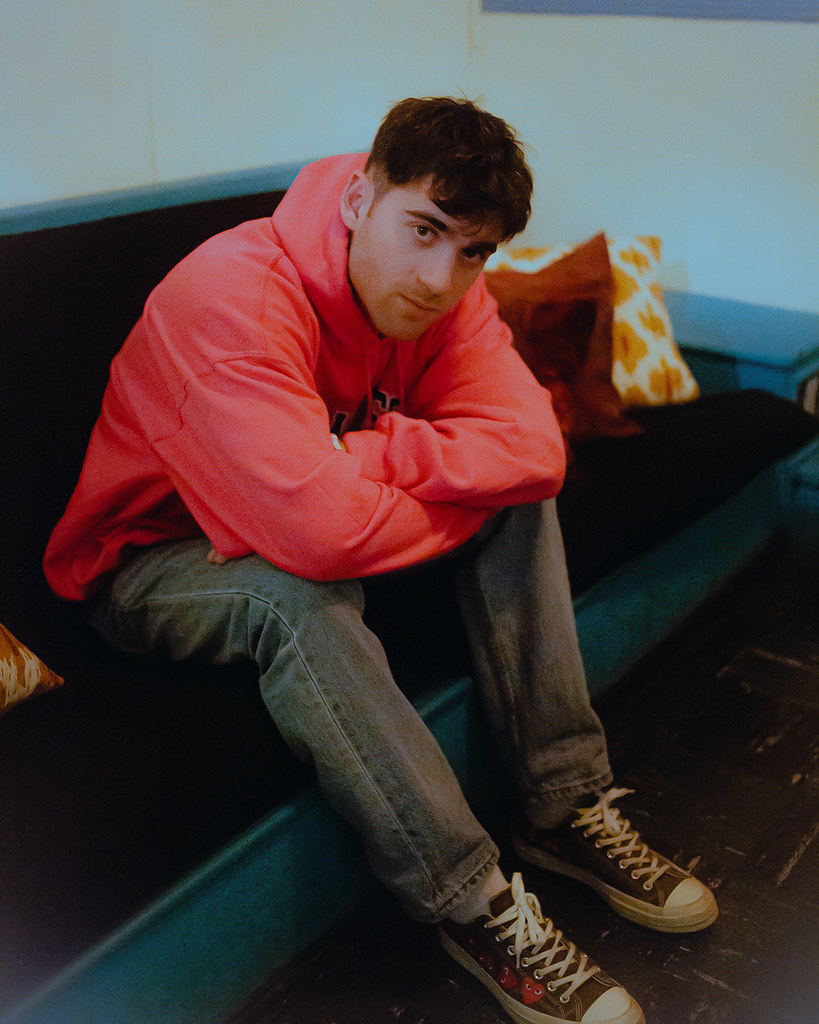 Alexander made his live debut this past spring supporting Alec Benjamin on a sold-out North American tour. Back then, he only had one song out: “Dirty AF1s." From playing unreleased material to new sets of ears every night, Alexander has since performed at Lollapolooza, opened for mxmtoon, and toured across the pond.

“Dirty AF1s" also opens up the EP. It lingers on the small details of an old relationship, like a left-behind toothbrush, a favorite T-shirt, and the titular pair of dirty Nikes. Starting with a single repeating note (which is actually a sample of Alexander humming), the entire song takes off with an understated magnificence.

“I knew that I wanted to do a verse that was a little bit more rhythmic and not super melodic and crazy," Alexander says on writing the track. “I love the simplicity of just having that one note there. There's no harmony in the song until like 35 or 40 seconds in and I think it just builds so much tension. The release feels so nice when the other chords come in."

The intention Alexander puts into his songs goes beyond music and lyrics. He writes not only with his point of view in mind, but also with that of the people around him. He joins a growing group of artists who are starting discussions on mental health through music. The song “Sad," for example, is about a loved one going through a lot and the importance of letting them know they are heard and supported.

Then there's “20 Something," which reads like late-night musings on the human existence. Its chorus leads with the lyrics, “I just found out that the world goes on without me," and rings like a solidarity chant for overthinkers.

“I just wanted it to be a broader thought project on the last few years and the next few years at large, not just for me, but also for my friends who are not my exact age," Alexander says when asked why the song doesn't focus on a specific age. “Every age has its own amazing stuff and its own challenges. At the age I'm at now, it became stern that you have to really figure stuff out for yourself and not have someone hold your hand through all the good and all the bad stuff."

On the topic of songs that define his twenties, Alexander shares that “The Internet" sums up his anxiety from growing up in the Age Of Screens. He considers the track “a strange cousin to '20 Something'" in the way that it zooms into a phenomenon specific to millennial and social media culture. With apps like Twitter and Instagram playing a large part in his personal and professional life, Alexander says that the balance between his real and digital world is something he's mindful of day-to-day.

But things are turning out on a positive note.

He speaks with a genuinely appreciative tone when discussing feedback from fans over social media. One of his bigger takeaways so far involves the significance of the '23' in his stage name, and how it's now a symbol fans connect with.

“It's a number that's followed me around my whole life: I was born on the 23rd, I was 23 when I started writing these songs. I'm from Chicago and I love basketball ," Alexander explains. “I've really enjoyed seeing it take on other people's lives, things like watching other people wear the 23 necklaces that we made for merch. Even , saying hi to people in line and seeing them wear the necklaces, I think that's so cool. That means I'm doing something right, that these songs mean something to someone else." 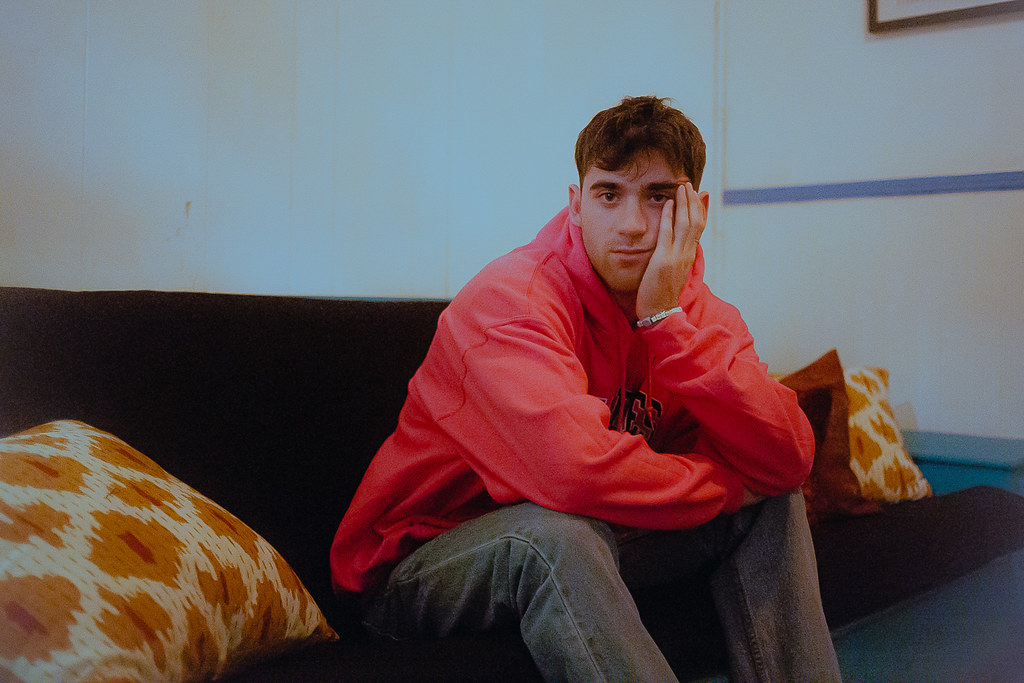 And the connection goes both ways. With ending 2019 on the road and more tour dates to come next year, Alexander says it's that special connection in live music that moves him the most.

“Seeing people connect the dots of the songs to their own daily life and whatever's going on in their head and their heart completely re-energizes the songs for me," he says. “Like , 'Girl,' I wrote a year and a half ago. I've heard that song a million times; I've played it live every night for the past six months. I still love the song, but it's easy for it to not feel as special as it once was. But then people would quote the lyrics back to me and I got that feeling once again."

Scrobble I'm Sorry I Love You and catch Alexander 23 on tour: