Exploring the local sounds and scenes at Noise Pop 2020

For seven back-to-back nights, music fans hopped from venue to venue across the Bay Area for Noise Pop Music & Arts Festival. The weeklong event, which ran from 25 Feb. to 1 Mar., took form as a collection of individual shows located all over San Francisco, Oakland, and Berkeley, even extending to Sacramento and Santa Cruz this year.

While the fest brought out touring acts like Best Coast and Helado Negro, it also gave lots of love to the surrounding music scene. Over 60 locally based artists performed at some of the region's most iconic and beloved live music clubs. Fans had the opportunity to immerse themselves in Bay Area music history (and history in the making)—and that's exactly what we did.

Our Noise Pop week started at Bottom Of The Hill in San Francisco's Potrero Hill district. While tucked away from the city's busiest nightlife neighborhoods, the 246-capacity venue is rich in alt-rock history. It's frequently dubbed as the spot to catch bands before they blow up (as was the case with Oasis, Green Day, Modest Mouse, and many more). This time around, a handful of Bay Area bands took the renowned stage. 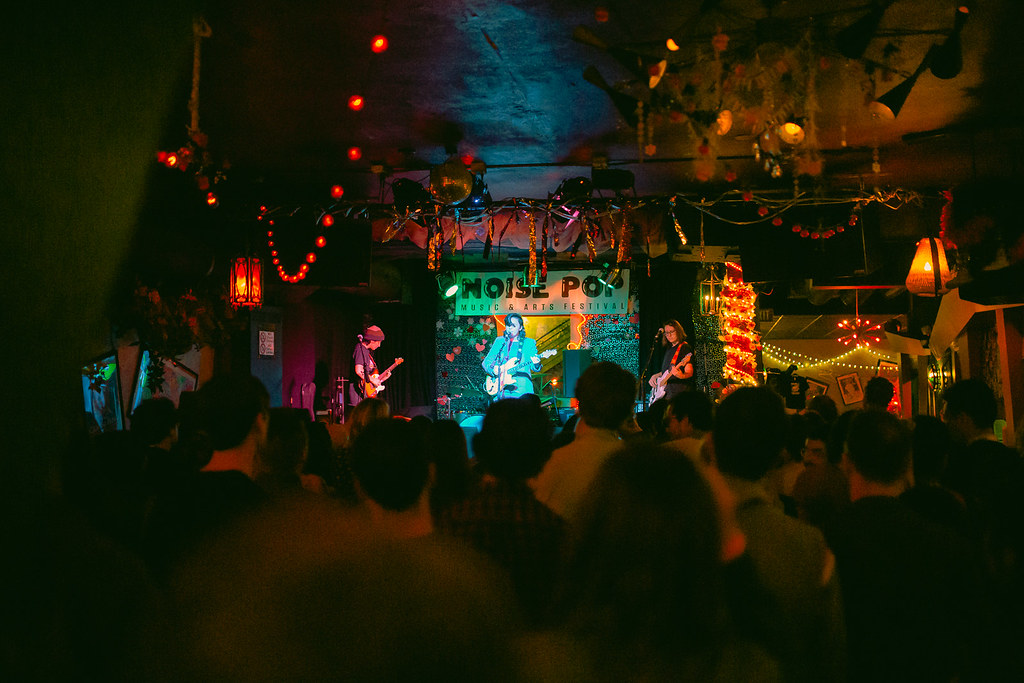 The crowd at Bottom Of The Hill during Noise Pop 2020. 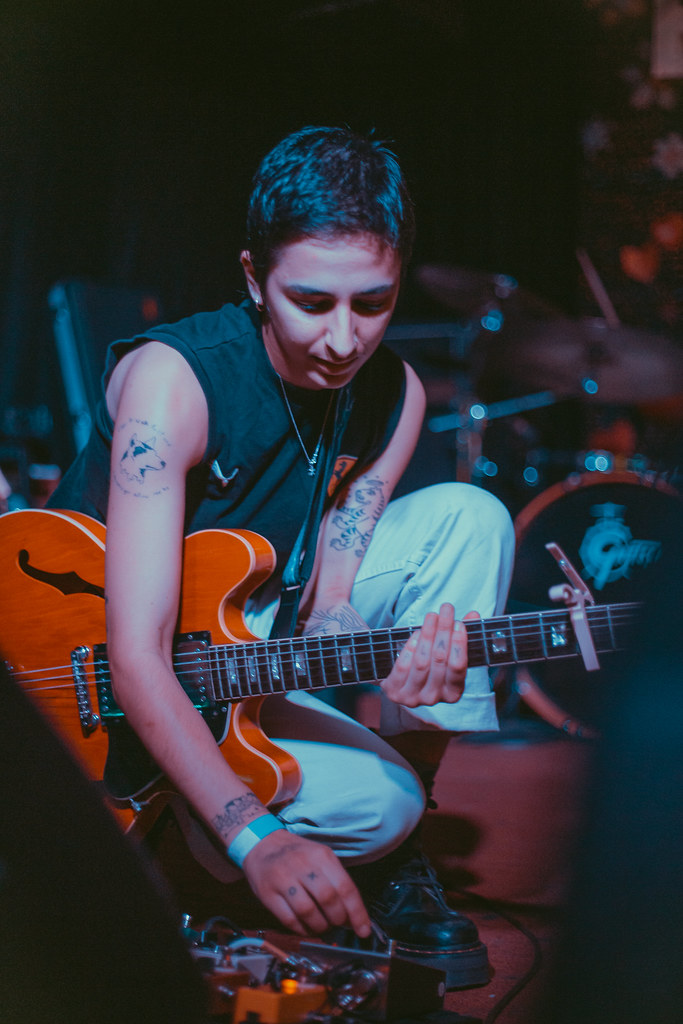 Sour Widows performing at Bottom Of The Hill for Noise Pop 2020 on 25 February. 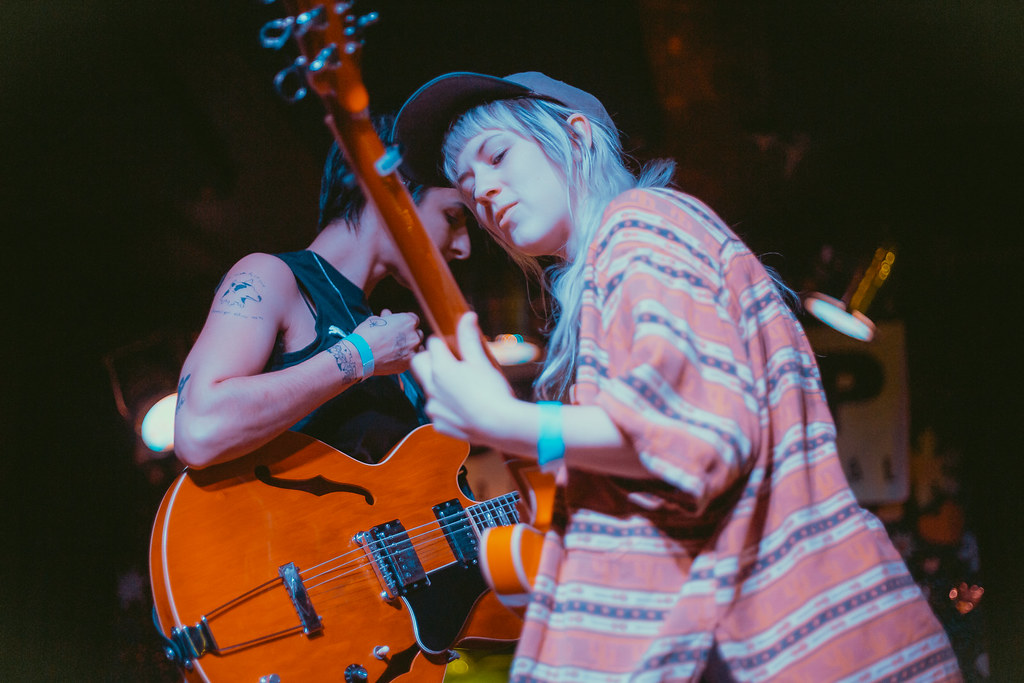 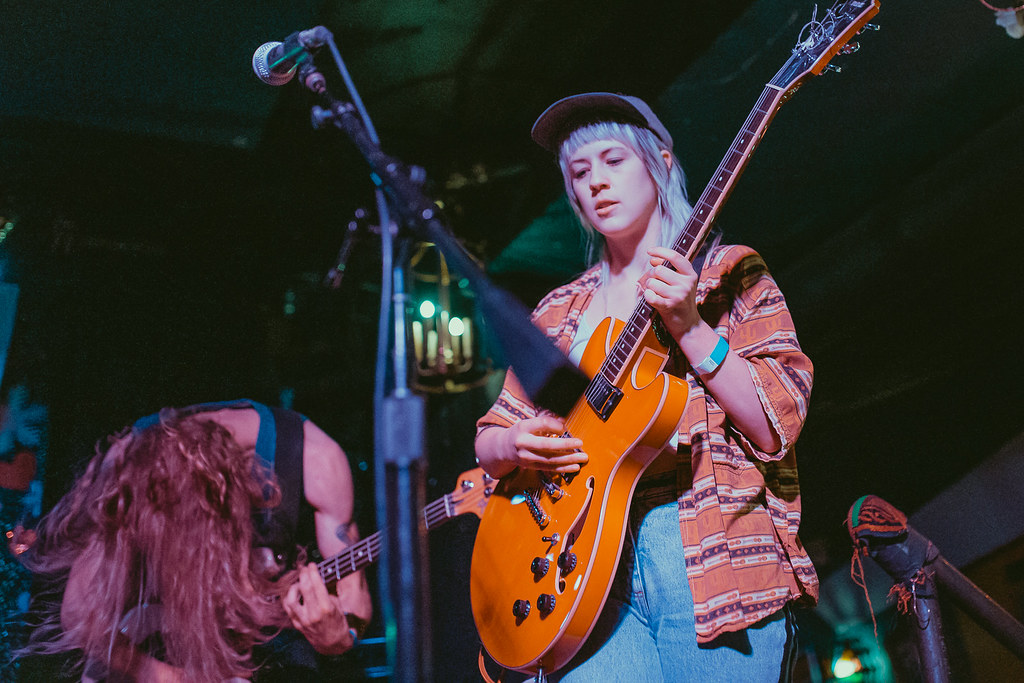 On Wednesday, Diners and Pendant shared the bill with Pom Pom Squad and Rosie Tucker.

Arizona native, newly Oakland-based Diners gave a standout solo performance that involved a projector, a diner-themed skit, and some well-timed choreography in between playing guitar. As if Tyler Broderick's colorful melodies and lighthearted lyrics weren't a delight on their own, the endearing live experience affirmed the project's brand of “friendly pop songs."

Earlier, Pendant opened the show with a heavy mix of sonic textures. From influences of shoegaze to Britpop to ambient, the East Bay quintet brought everything together incredibly cohesively and with a searing fervor. 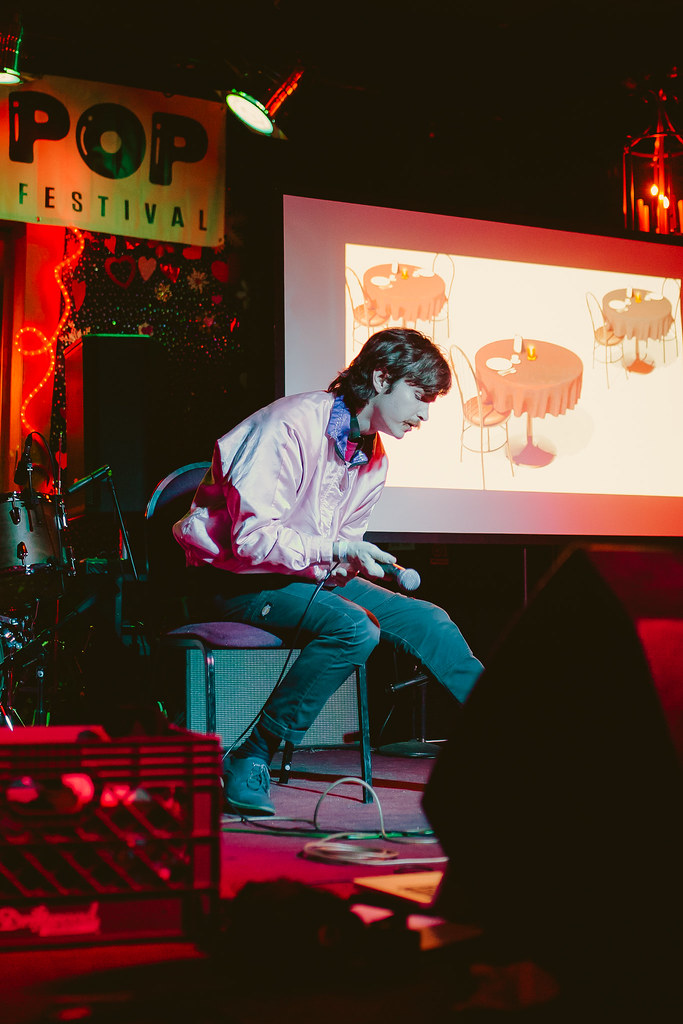 Diners performing at Bottom Of The Hill for Noise Pop 2020 on 26 February. 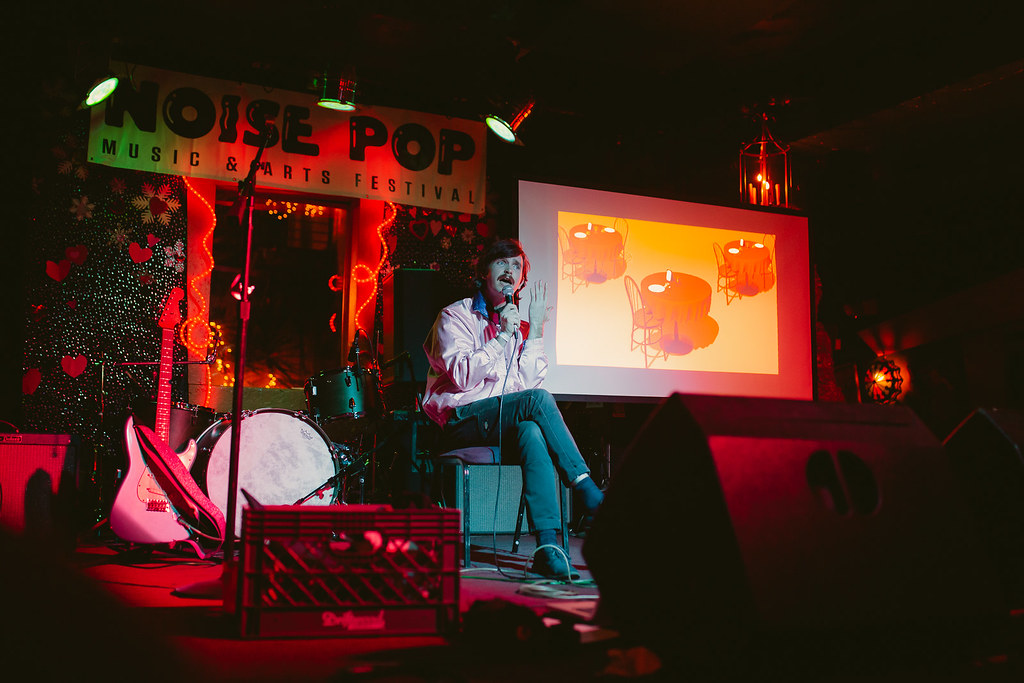 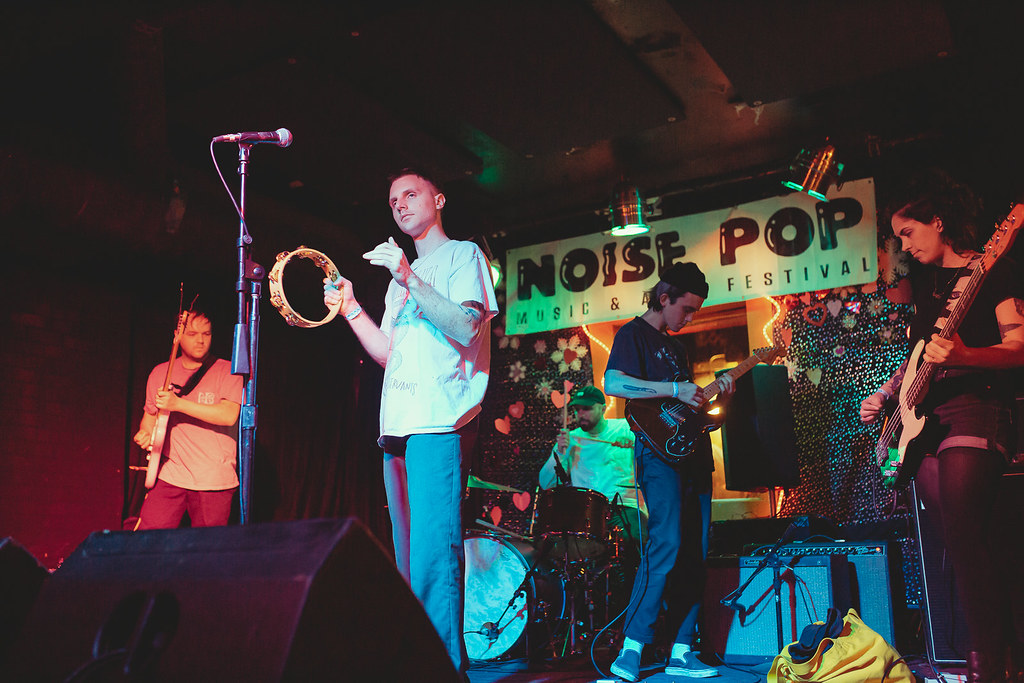 Pendant performing at Bottom Of The Hill for Noise Pop 2020 on 26 February.

Thursday's show was at Rickshaw Stop in Hayes Valley. The venue is known for its late-night dance parties, packed indie gigs, and everything in between; its huge red curtains and actual rickshaw displays are as much of a centerpiece as its up-close-and-personal stage.

Fans this evening saw back-to-back local talent. Headliner The Seshen celebrated the release of its third album, CYAN, which shifted between R&B, synth-pop, and ambient. While the six-piece's sound was already immersive on its own, Lalin St. Juste's velvety vocals and spellbinding stage moves heightened the band's magnetic force. The Seshen also premiered a short film to accompany CYAN beforehand, reinforcing the group's thorough and multi-dimensional creative vision.

Oakland's Emily Afton and MaHaWaM opened with sets that covered diverse sonic ground. Afton delivered an upbeat performance full of feel-good indie pop—her soulful vocals and synth-heavy melodies fusing together with a smooth finish. MaHaWaM and crew got an energized groove going with their combination of hip hop and electro-pop melodies, as well as his urgent, spoken-word-style verses. 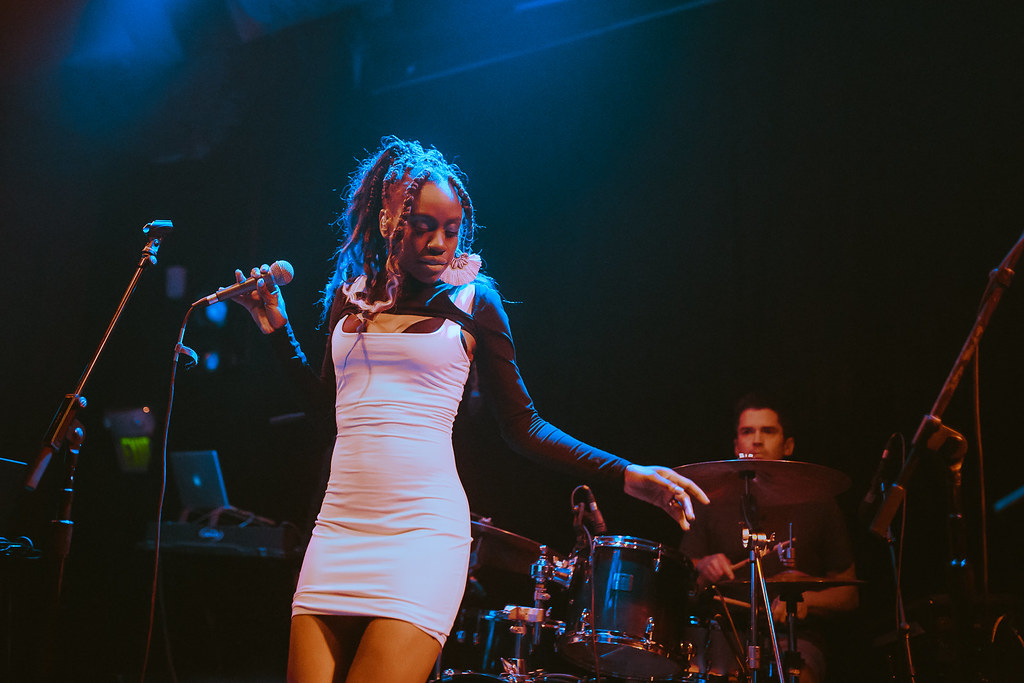 The Seshen performing at Rickshaw Stop for Noise Pop 2020 on 27 February. 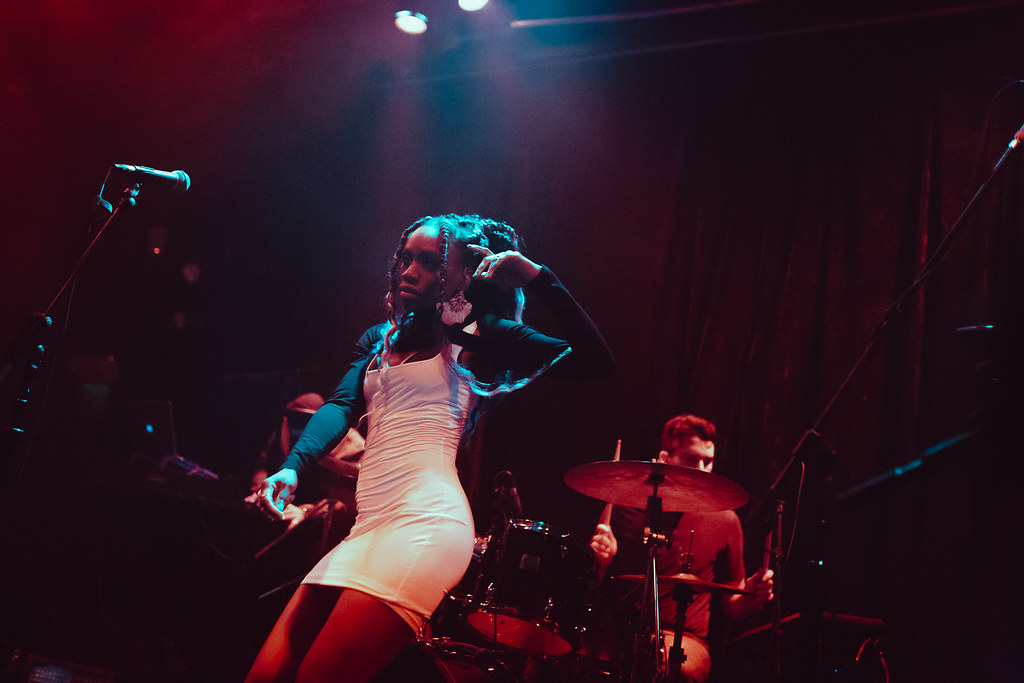 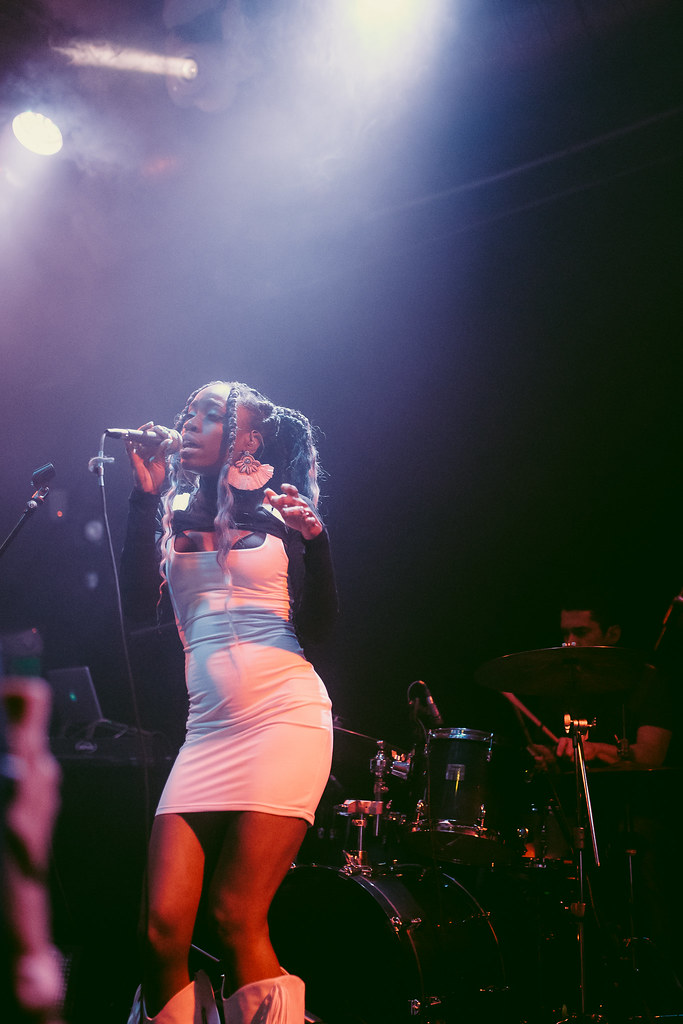 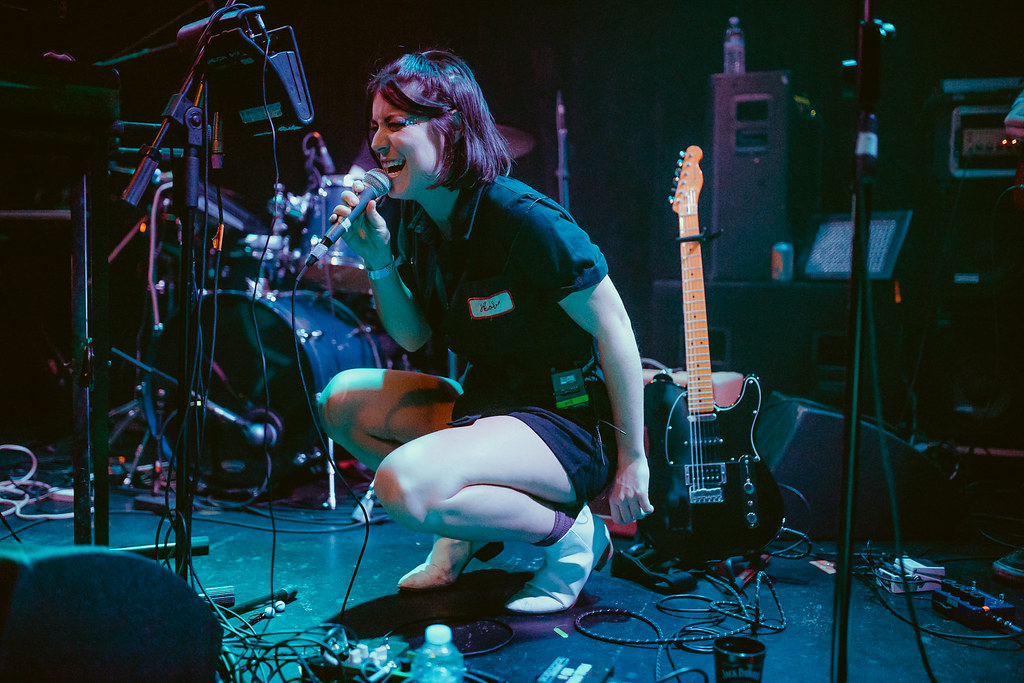 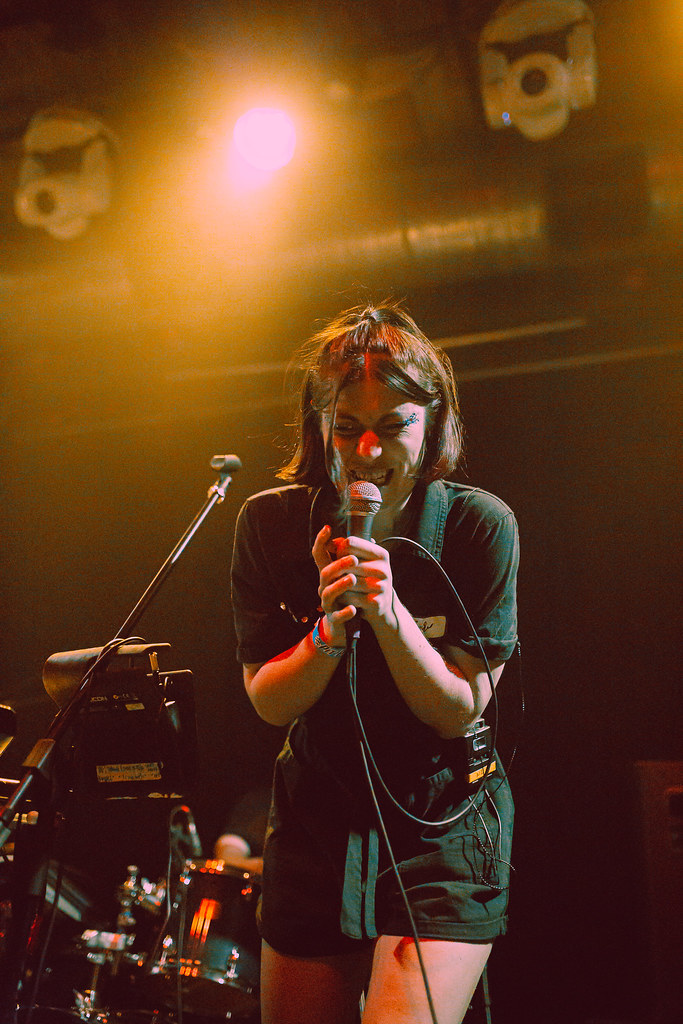 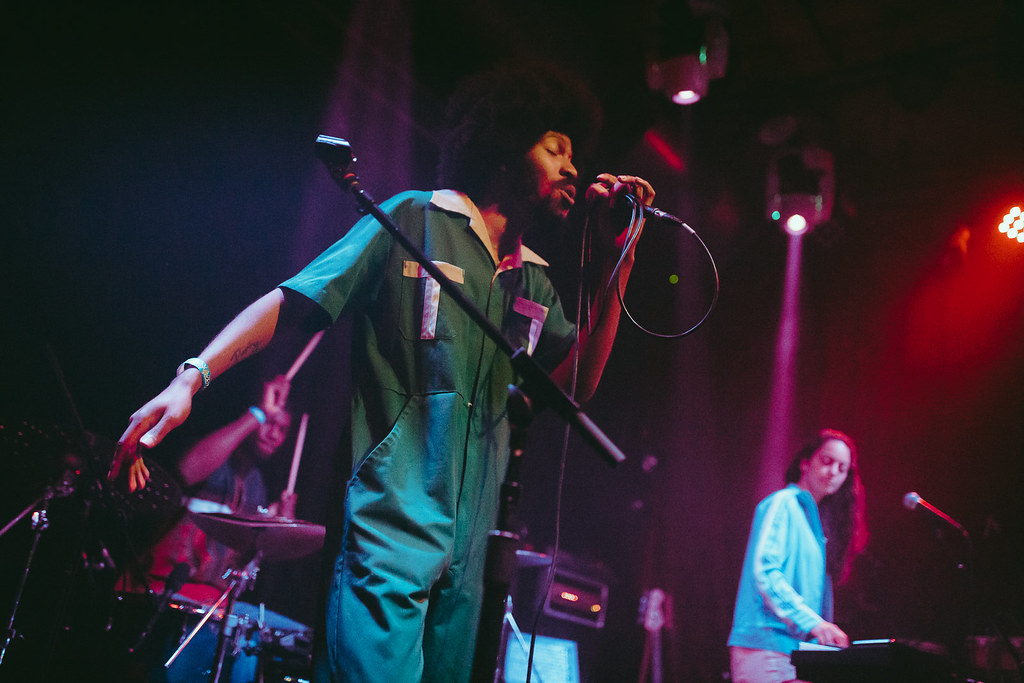 MaHaWam performing at Rickshaw Stop for Noise Pop 2020 on 27 February. 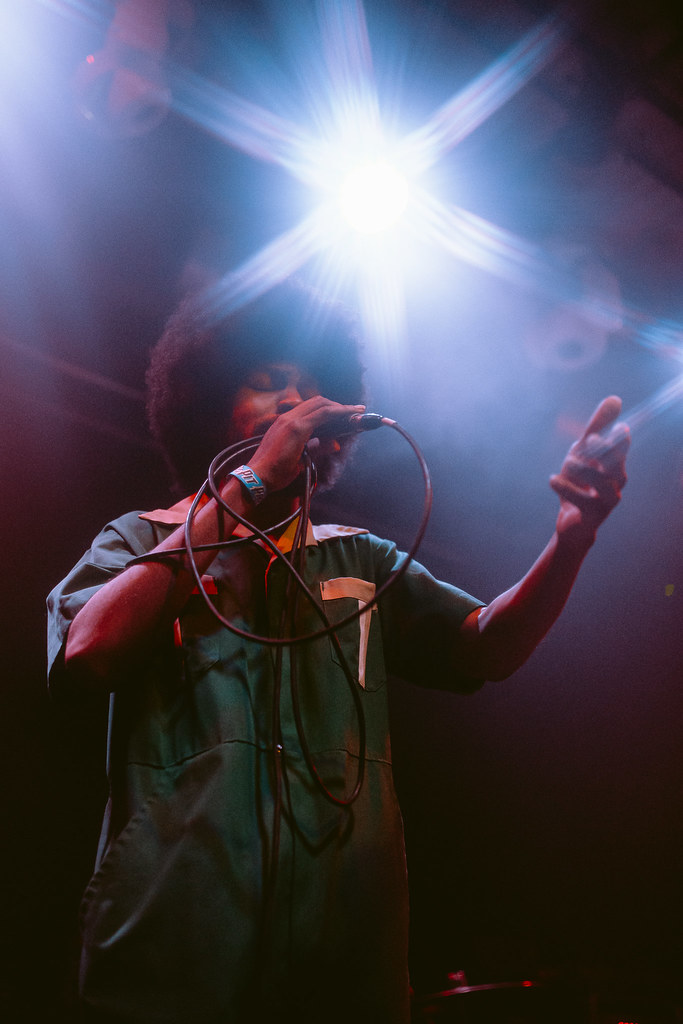 On Friday, we headed to The Chapel in San Francisco's Mission District. The former mortuary opened its doors as a music venue in 2012 and has since been a prime spot for live music with remarkable acoustics thanks to its high, church-like arched ceilings. 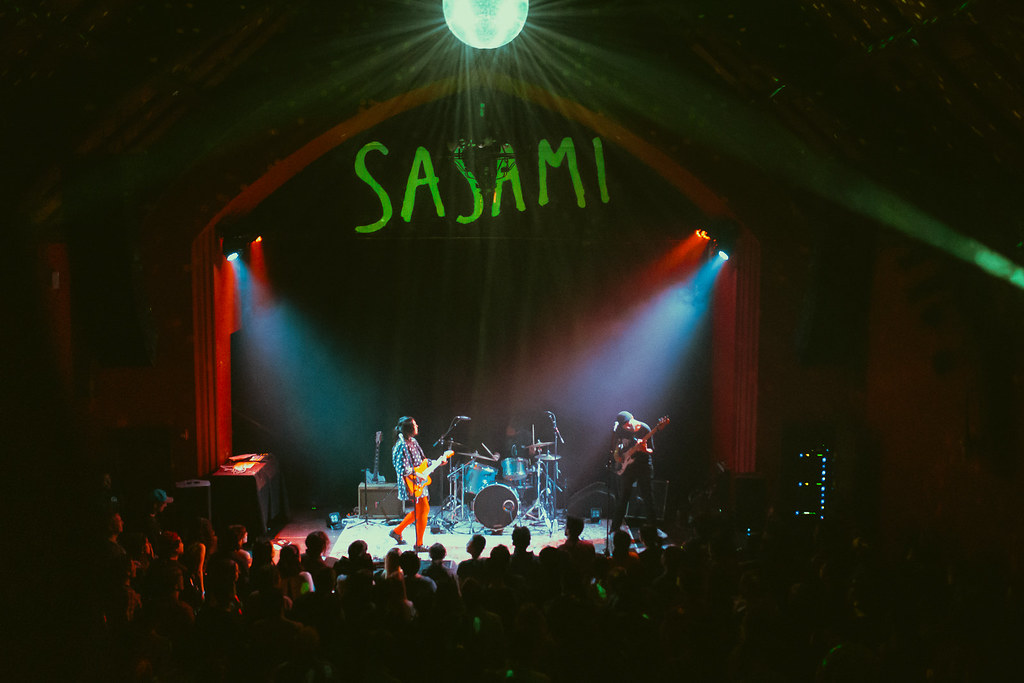 The crowd at The Chapel during Noise Pop 2020. 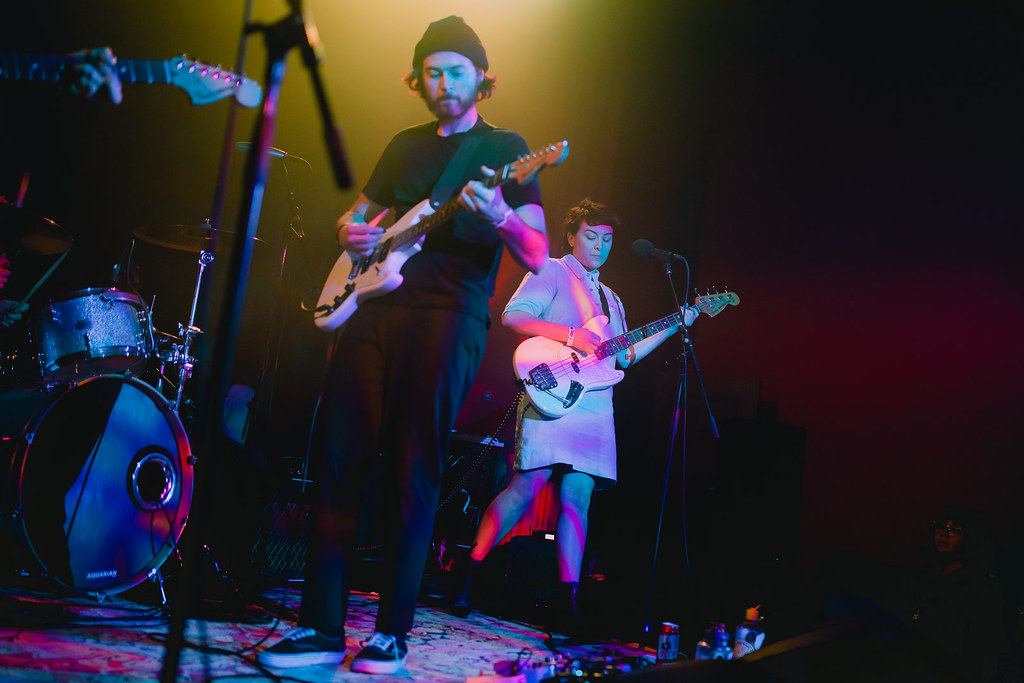 Torrey performing at The Chapel for Noise Pop 2020 on 28 February. 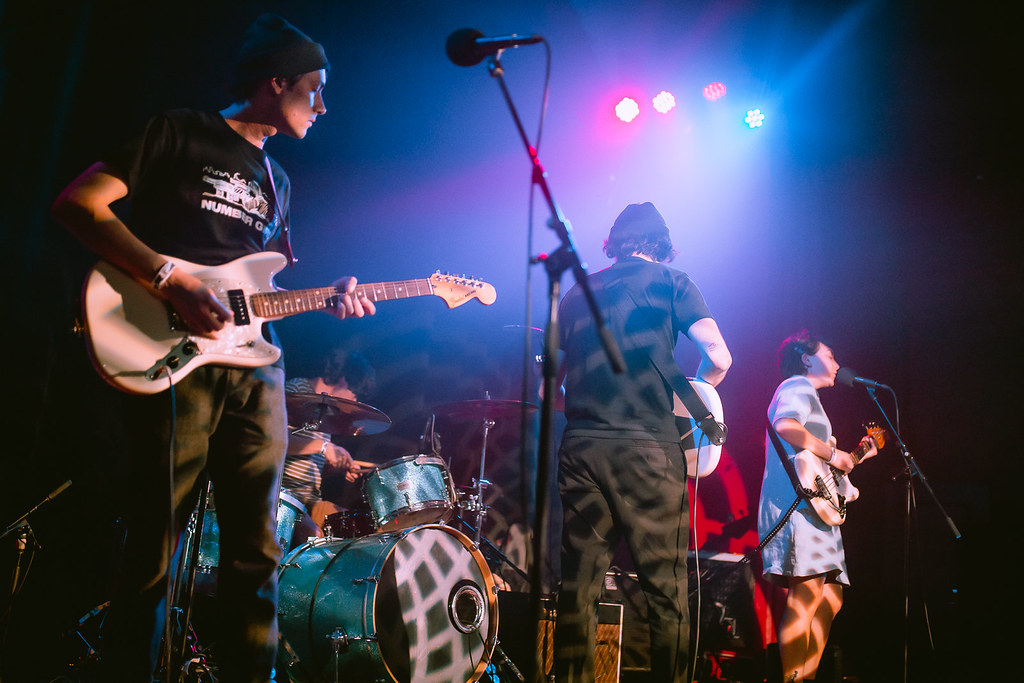 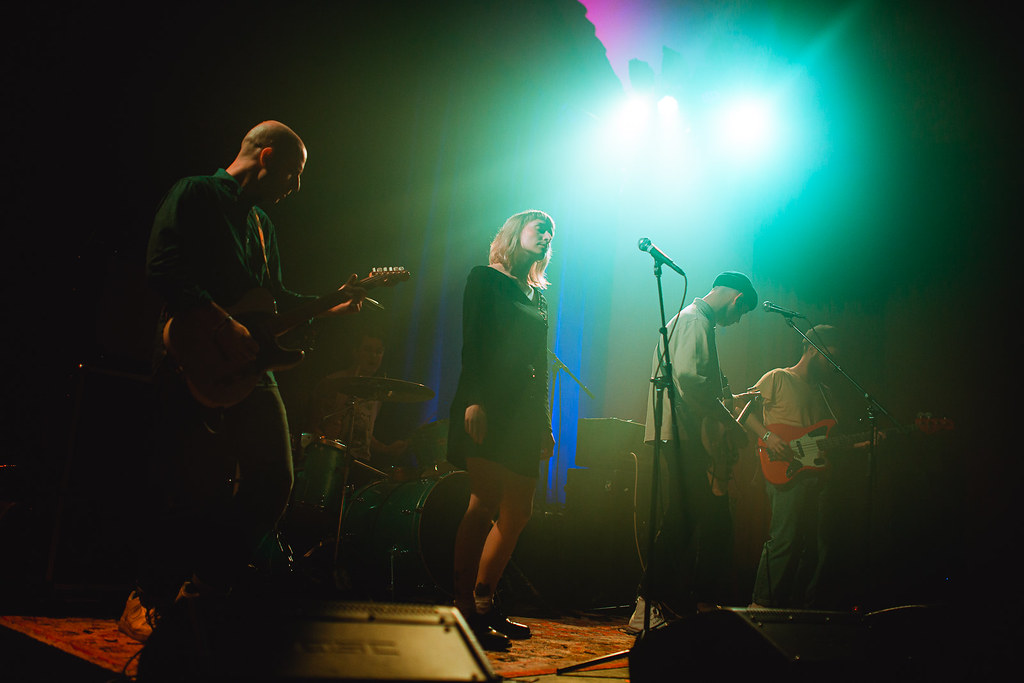 World Smasher performing at The Chapel for Noise Pop 2020 on 28 February.

We entered the homestretch of Noise Pop at Cafe Du Nord, a former speakeasy located in the basement level of the Swedish American Music Hall. Its low ceilings and neon signage emphasized that small club feel—an appropriate atmosphere for Saturday's mosh-heavy show, which opened with Oakland's Small Crush.

Small Crush's indie pop sound was lush with daydreamy licks and youthful lyrics. The set consisted of a handful of songs from the four-piece's 2019 self-titled album, along with a fun cover of The Cardigans' “Lovefool." 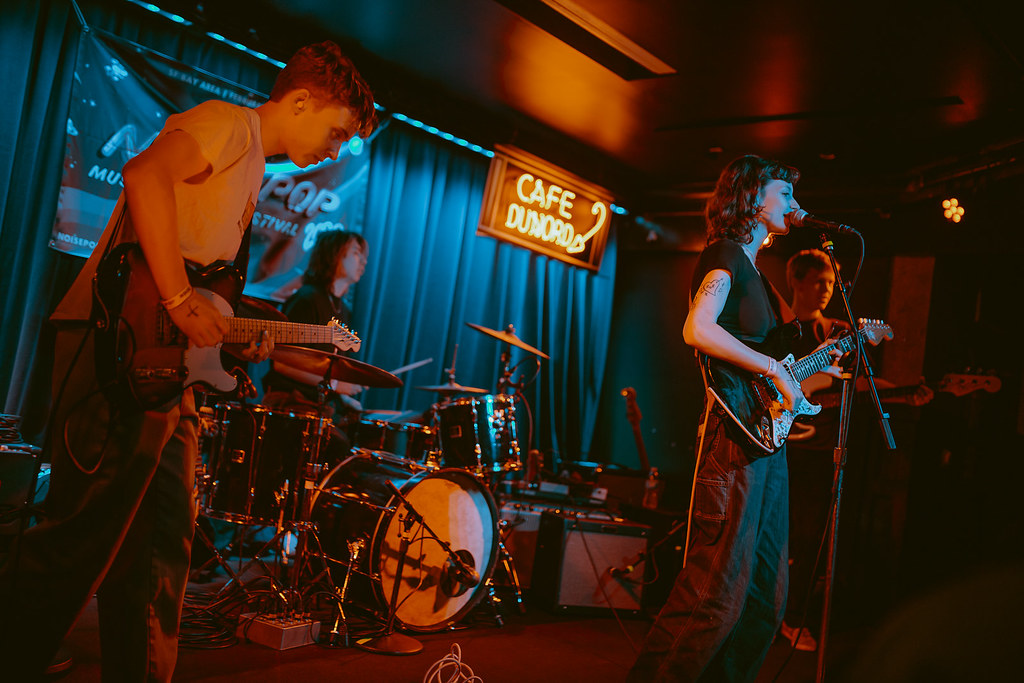 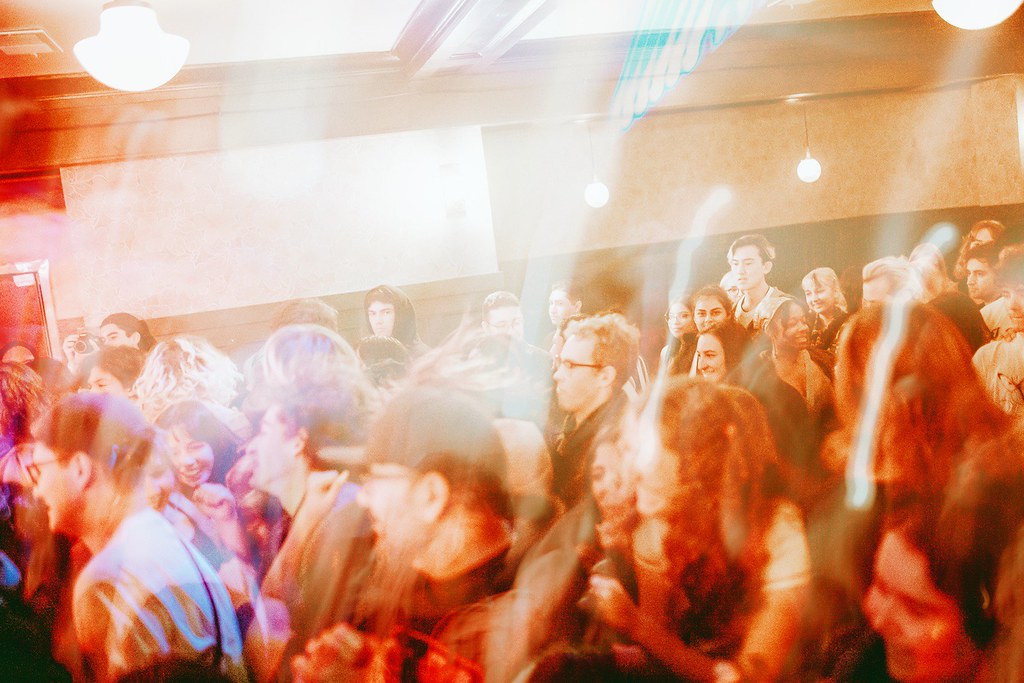 The crowd at Cafe Du Nord during Noise Pop 2020.

Our Noise Pop week came full circle as we returned to Bottom Of The Hill to spend Sunday, the final night, with Destroy Boys.

The Sacramento-formed, Oakland-based quartet sold out the venue and delivered nothing but riotous fun. On top of heavy riffs, fierce snarls, and anthems for the misunderstood, Destroy Boys brought on a space where fans, young and grown, could feel understood and let loose; they would check in with the crowd, encourage circle pits, and promote respectful pit etiquette.

And with the continuous roaring support they got from fans, it was clear that Destroy Boys were a prominent influence on the local music scene, if not already extending into a much bigger community. 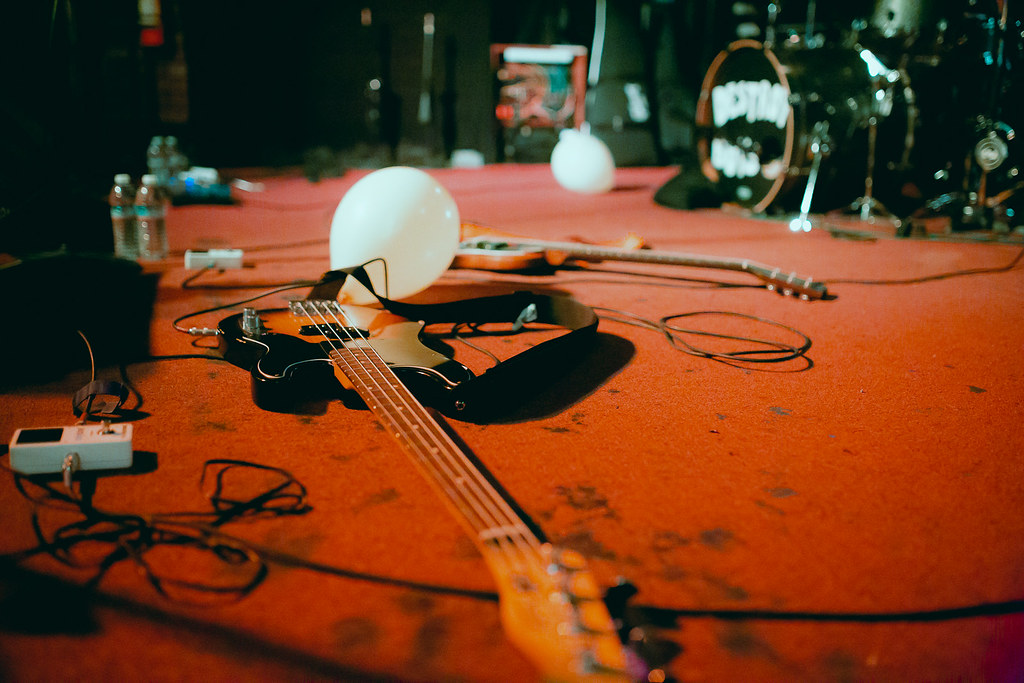 Before Destroy Boys took the stage at Noise Pop 2020. 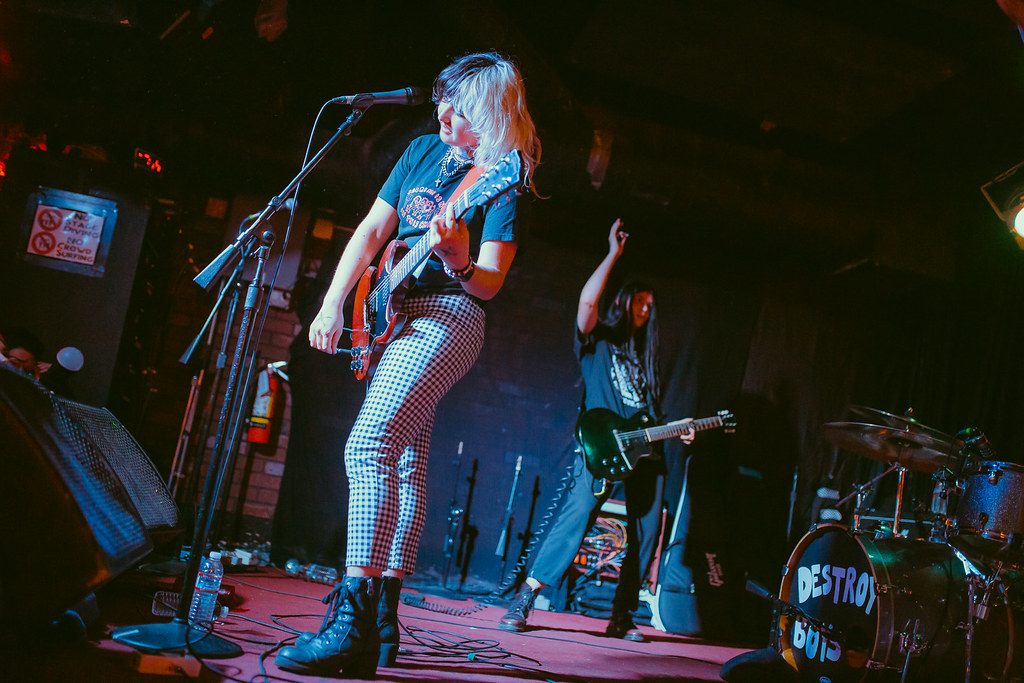 Destroy Boys performing at Bottom Of The Hill for Noise Pop 2020 on 1 March. 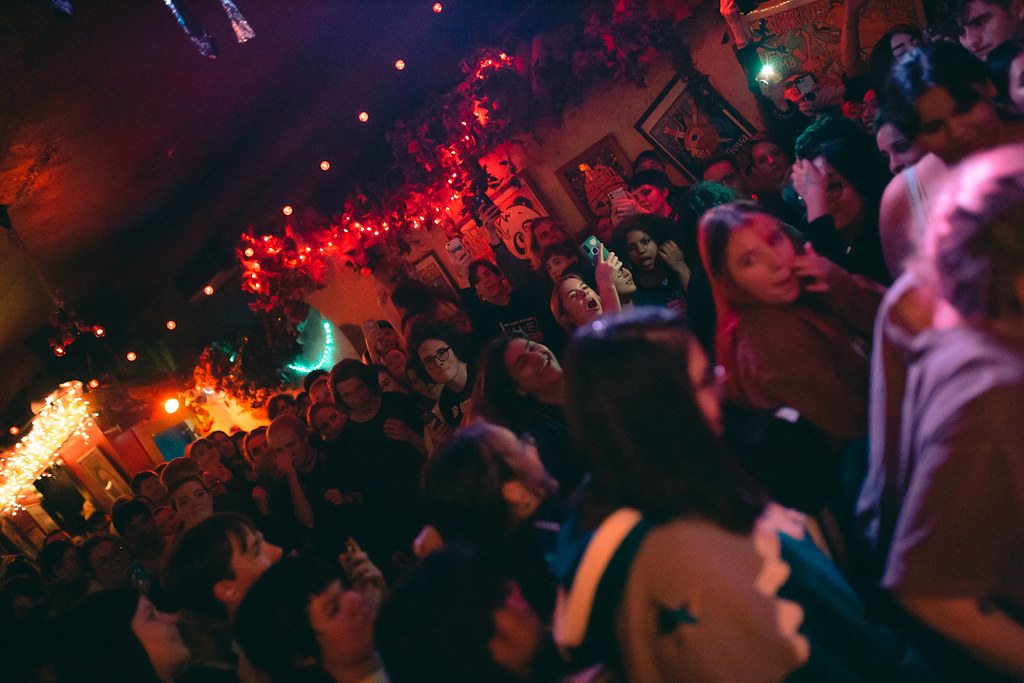 Destroy Boys fans at Bottom Of The Hill during Noise Pop 2020. 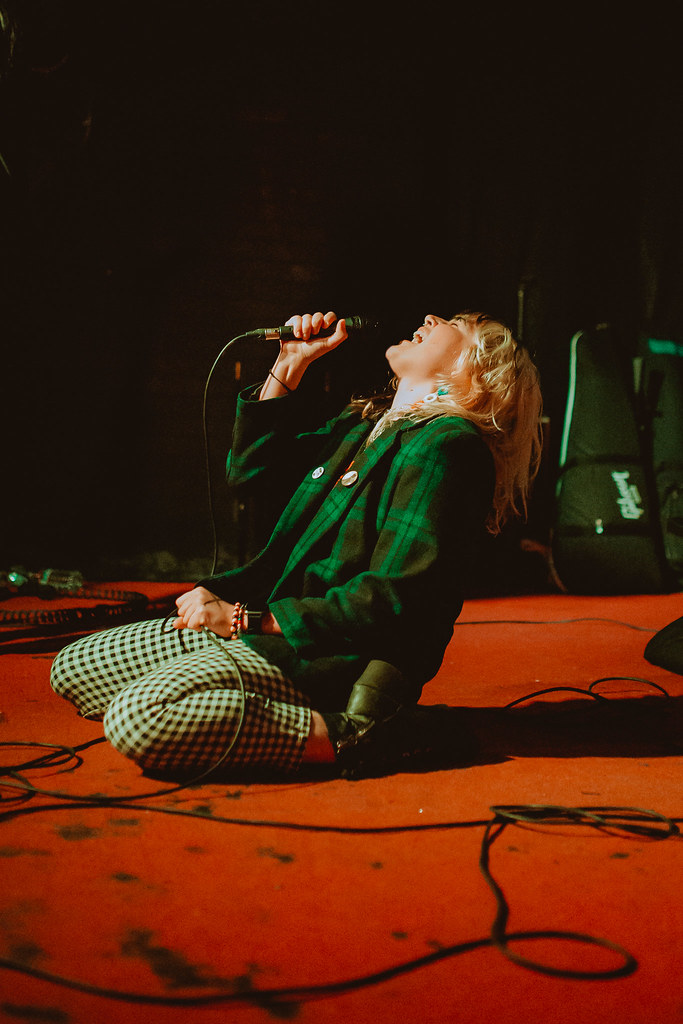 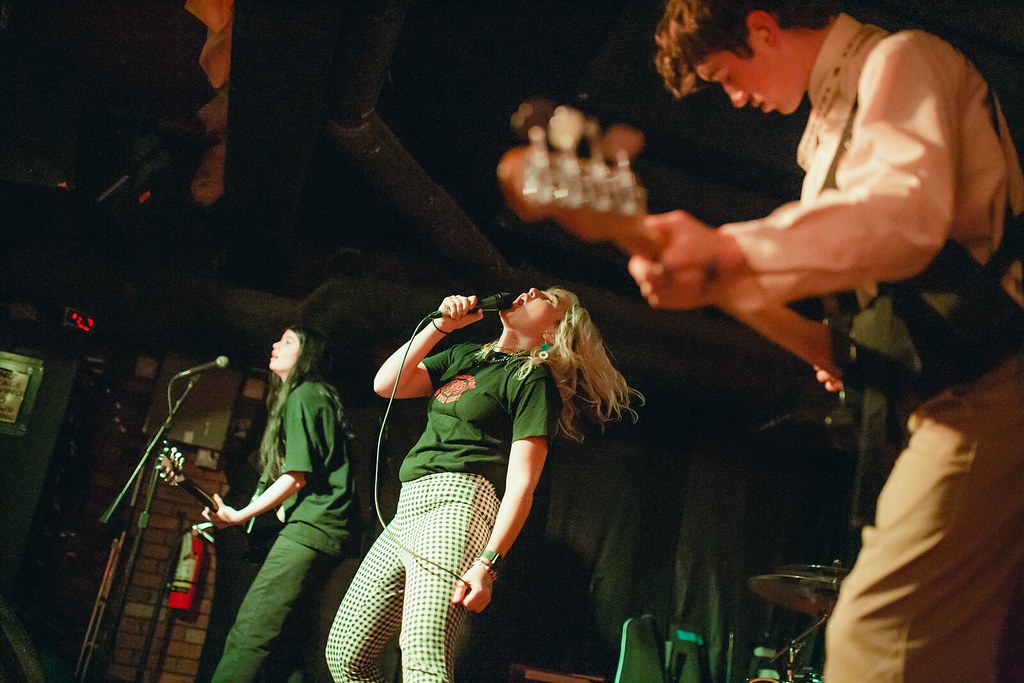 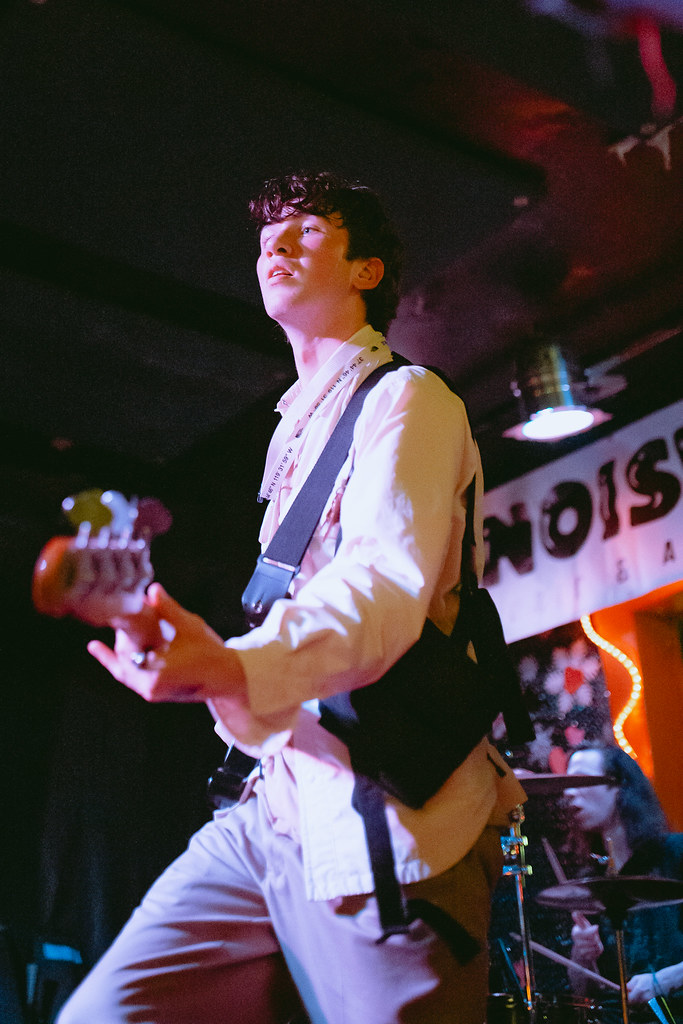 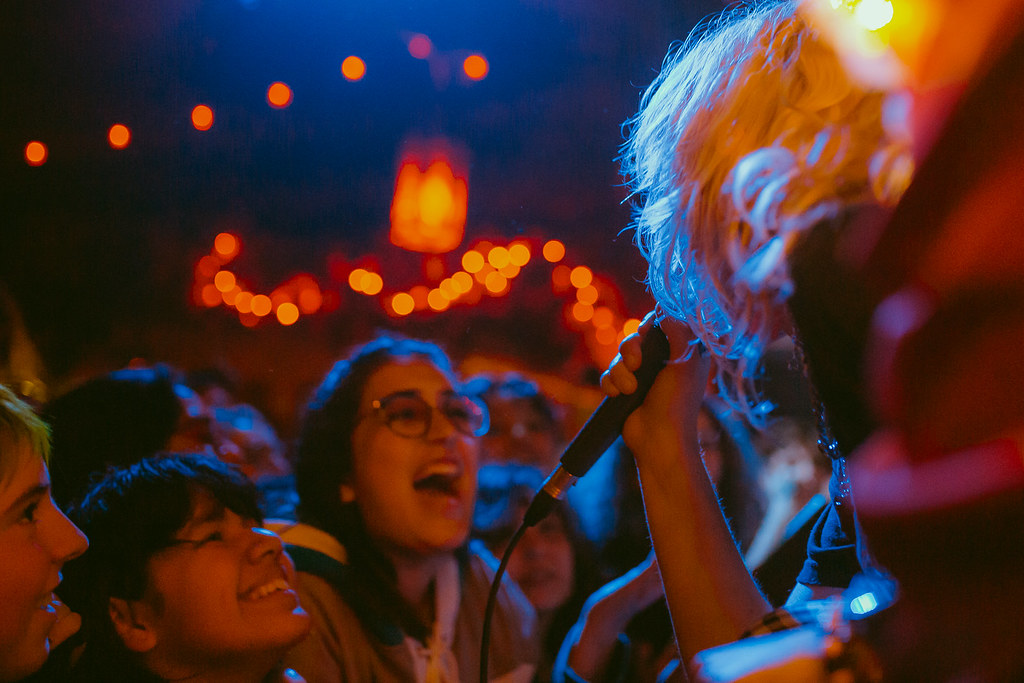