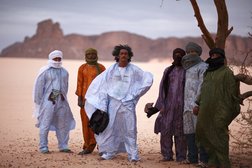 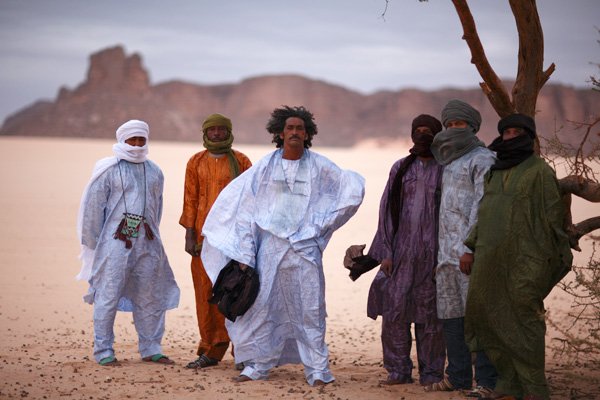 In Tamasheq, the language of the Tuareg, the name of these guitarlplaying poets, “Tinariwen” means “empty place” or “desert”. Their music has become the soundtrack to the lives of an entire generation of young Tuaregs.

The brains behind the band, Ibrahim Ag Alahabib, founded Tinariwen in 1982 in a Libyan military camp at which Tuaregs, who had fled Mali after years of drought and oppression, were being trained as soldiers. It was not until after the rebellion in Mali in 1996 that Tinariwen were able to devote their attentions entirely to music. Tinariwen are regarded as the first Tuareg band to use electric guitars and credited with taking the concept of “Assouf”, a mixture of homesickness, loneliness and blues, beyond the campfire. They were also co-founders of the "Festival du Desert" in 2001. The US magazine Rolling Stone had this to say after one of their gigs: "Tinariwen capture the poetry and hardships of nomadic life and exile in hypnotic, modal vocals and a tangle of sidewinding riffs that sound like a mirage come true."
Photo: Tinariwen © Marie Planeille