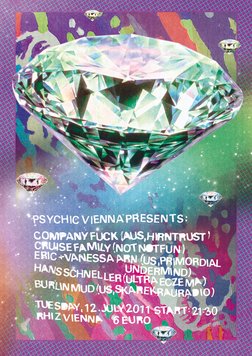 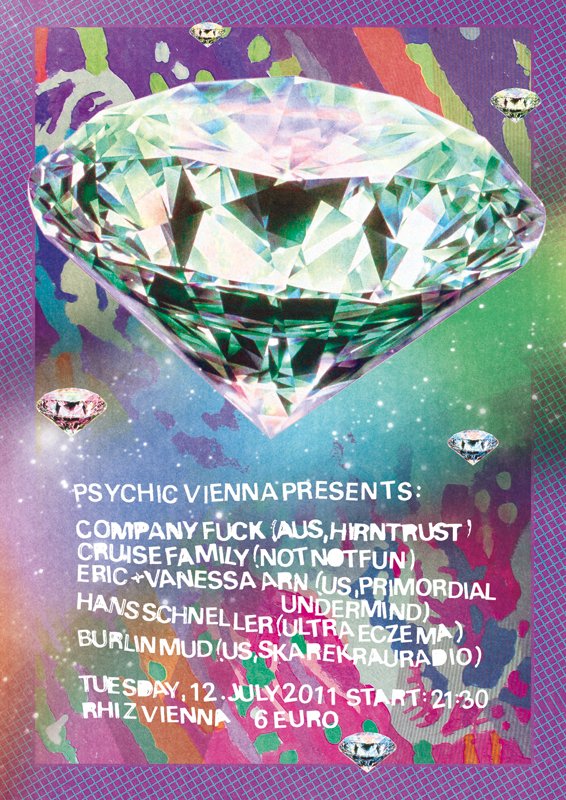 Company Fuck (Australia):
A one-man noisecore karaoke explosion, Company Fuck (or CxFx) is in reality Scott Sinclair - an Australian who has since been performing cutup noisecore in psychedelic costumes to audiences all around Europe, Australia, Japan, and North America. CxFx's super fast mixes of 'difficult' sounds with pop and karaoke firmly place him in the realm of the 'avant retard'. Sure, CxFx uses a laptop, but any similarity to other computer musicians stops there. CxFx is a totally improvised wireless noise monster, able to fast-forward through an entire rainbow of musical styles with every electrified scream, grunt, cough, or spit. CxFx transforms the stage into a hyper-violent karaoke bar of the future. CxFx simultaneously plunders pirated pop music whilst also blowing apart the formulas of so-called 'underground' genres. CxFx has performed alongside many of the most unique and successful experimental musicians of the last century and releases music on Hirntrust Grind Media (AT), Fuckyoutapes (AT), God Redikz (NZ), and Half/theory (AUS).
**
Cruise Family (Not Not Fun, SF Broadcasts)

"Driving through different liquid grounds, meeting aliens with dolphin heads, heading to a Euro trance club before it shut down and rise into space to fill up with hybrid energies." (Eargasmlodge)
"Austria’s most popular neo-rave laser-rider drops another glowstick-soaked EP of revved-up LED keyboard/drum machine synergy and this one’s even better than the last few (Forever, Energy Star, Supervision!, etc). He just put out a split with Belgian trancer Innercity the other day too, if that gives you a clue as to the hypnosis priorities at work here." (Not Not Fun)
Also known as Stefan Kushima, Easy Rider, Bobby Lazar, Lars Leerkörper and plays in bands like Botborg, Temple Solaire, Treehouse People, X-Tours etc

Eric and Vanessa Arn and their Primordial Undermind have tirelessly mined the nether regions of avant-rock, resulting in a sonically fertile body of work. A restlessness to stay put has resulted in a steady progression from distorted, psychedelic rock overload to full-blown free instrumental music, and of course everything in between. Since settling in Vienna in 2005, Eric and Vanessa have continued to perform with the Undermind, as well as playing solo, in duos with Stefan Kushima/Cruise Family and others, as members of Tempel Lunaire and Krakow's infamous Magic Carpathians, and also as regular featured players at Marco Eneidi's Monday night improvisation sessions at Celeste ... Recent releases:free radical theories (u-sound 41) cdr: stefan kushima, DahDahisque, eric arn, t.greenwood. live improvisation @ data, marseille, sept 2010